Departure with vhs dream - An Interview 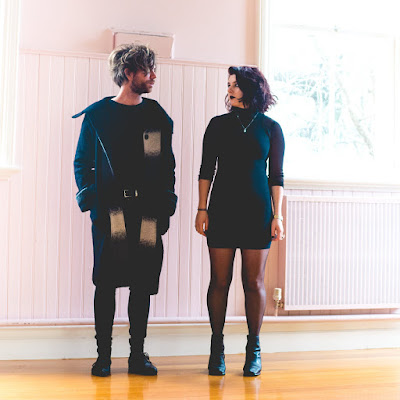 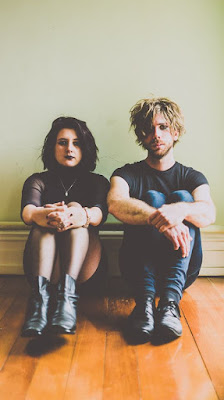 Q. Congratulations on the new album, it's really brilliant, what is your analysis after conclusion of album? Are you happy with the result?
Matthew: Yes, I'm really happy with how it turned out but I can't really analyse it anymore. It's all over to everyone who listens to it now.

Mayzie: I'm so proud of how it turned out. I think one can be incredibly critical of one's own work, but as a whole I think (and hope) Departure achieved our vision.

Q. How was the process of creating Departure?
Matthew: It was slow, measured and very time consuming. With that said though, we only became a duo about 18 months ago, so I think things started very quickly, but we worked slowly. We never messed around. As soon as we were playing music together, we were straight down on the accelerator. A few tracks were partially ready from our past, and there were lots that we fine tuned along the way. Some new ones popped up as we went along as well. It's a snapshot of us and our lives before we were playing together.

Mayzie: We were very careful and considered in the way we approached it. We both had a very clear vision of what we wanted to get out of the album and what we wanted to put in. In lots of ways this album was very cathartic, a way to process our past(s). It felt really good to finish it, like cleaning out the closet. I think that's quite a common theme for first albums, an almagamation of a lot of material that has been building up for a long time. In saying that, we did have a very strong idea of the theme and how we wanted the album to sound as a whole, and didn't compromise on that.


Q. What are the main differences between Departure and Wonderfully Hopeless?
Matthew: There are many. To be honest, no one was ever supposed to hear 'Wonderfully Hopeless'. But I just had to let it out, even though it was very unfinished. Wonderfully Hopeless was the beginning of my love of creating sounds. It's dark and lo-fi and really unmeasured. It's mainly lo-fi because I had no idea what I was doing. I just sat there in a trance until I heard something I liked. I remember what that did to me, and it was horrible. I didn't want it anymore. Wonderfully Hopeless was also a solo EP and was released well before I met Mayzie and became a duo.

'Departure' is the result of many years of life experiences and work. It's measured and produced in a way that I have worked so hard at for so long. It's the complete picture that I wished 'Wonderfully Hopeless' to be. It's a very thematic album, beginning with a sense of optimism, quietly descending through sadness, into something darker and more sinister. Since 'Wonderfully Hopeless' was also an EP, the lack of material doesn't lend itself to develop movement; it's just hopeless, and that's it. Departure is also far more electronically driven, which was executed far better in 'Departure' in comparison to 'Wonderfully Hopeless'. It was also the beginning of a great working relationship between Mayzie and I. It was almost as if we were supposed to meet to do this.

Mayzie: Me!! Wonderfully hopeless was released before I came along. But in all seriousness, I think the two are very sonically different. Like Matt said, Wonderfully hopeless is wonderfully lo-fi, and quite guitar heavy. I think it's absolutely stunning in it's own way (and i can say that because i didn't make it !!!). I still listen to it, i thnk it's so great to just put on and get lost in. Departure is very different in it's tone and appeal I think. It's much softer feeling, I think it also feels a lot warmer. Wonderfully hopeless is like being submerged in a dream, but I think departure is a bit more like jumping in to someone's memories. It feels hazy and woozy but comforting at the same time. Like something nostalgic.

Q. What were the influences for creating Departure?
Matthew: Loss, hence the title. It's a theme that we've pursued with the album. It's about feeling far away and not being sure if you've departed or been departed from. That was the idea behind the artwork too; creating a sense of isolation that feels inherent in the music. I guess the influence for 'Departure' was living the way it sounds. Whatever that means. The theme was persistent in our own lives.

Mayzie: Loss, for sure, but I think also it's about saying goodbye and moving on. It's a reflection of our pasts, and the people and places we have left behind.

Q. What are your plans for 2016?
Matthew: Continuing work on a new album, working in a slightly different direction. We'll also release another single later in the year.
*
*
*
Thanks