Hypnoanaesthetic with Bilderberg Motel - An Interview 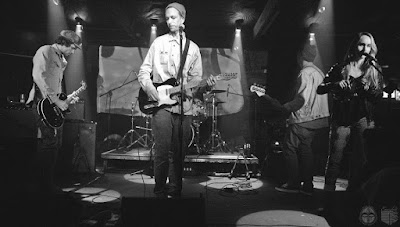 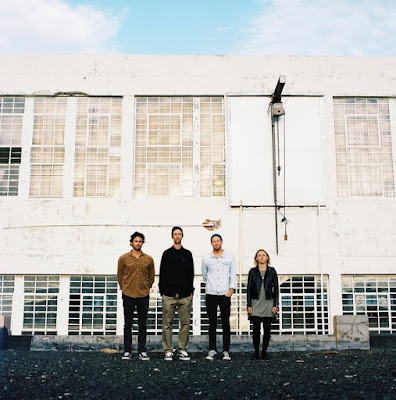 Q. When did Bilderberg Motel start? Tell us about the history...
It started in 2010, basically accidentally. None of us were in bands or had ever been in bands. I had started writing songs to deal with a bleeding heart but realised I needed some people who could actually play instruments. I'm still looking.

Q: Who are your influences?
I think we all have very different influences. The common thread would be revivalist sounds like BJM. The 60's paradigm is obvious, Stones, Kinks, Velvets... But then personally we all kinda have different starting points. I'm a big fan of Fugazi, Sonic Youth etc, Sean is, I'd say, more into a traditional rock 'n roll and blues point, Mel is definitely punker than the rest, and Matt's favourite sound is when his kid goes to sleep.

Q. Make a list of 5 albums of all time…
I think that's impossible. We'll forever regret what we say and it'll keep us up at night, so we'll pass. There are too many.

Q. How do you feel playing live?
It's different for all of us I think. I get nerves and anxiety in a big way, but it's getting better. The rest have a pretty good time I think generally everyone has had some stiff ones before they go on - which can also be a worry. It obviously depends on the show and the sound as well, but I think we've been very lucky. There's only been 2 or 3 shows where I wanted to hang myself.

Q. How do you describe Bilderberg Motel sounds?
We don't really. It's a blend of a lot of stuff, and it can vary from one song to the next. We are obviously categorised a lot as a psych or revivalist band but I don't really see it that way.

Q: Tell us about the process of recording the songs ?
We only ever record live. We don't have the time or patience to layer each thing. So we'll tend to do drums, both guitars and bass at once. Then do the vocals and some lead bits and add-ons after. Also when it's live it feels a little more honest to me. Recording can often get too clean and perfect.

Q. Which new bands do you recommend?
All the good new bands are in the past.


Q: Which band would you love to made a cover version of?
I don't really know. We were doing a cover of Motorhead's Orgasmatron a lot a while back - like a psychedelic version. The lyrics in that song are just the best. Thanks Lemmy.

Q: What are your plans for the future?
Immediate plans are play a couple shows, drop Rope onto a 7', and get working on a new full length, which I don't think is too far off. However, everything always takes us 5 times longer than we originally thought.

Q: Any parting words?
Thanks for thinking of us.
*
*
*
Thanks