Dream Wild with Terry vs. Tori - An Interview 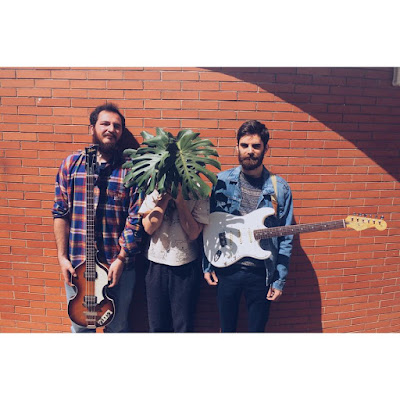 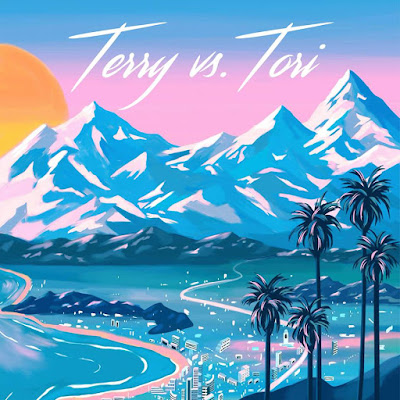 Q. When did Terry vs. Tori start? Tell us about the history...
Erica and I always wanted to make something different of what we are used to in our city. We've known each other for some years, playing a bit of noise rock but nothing serious at all. She had some songs written by the name of "lesserevil" but nothing much came off that. Then I picked up the guitar like one or two years ago and it was a really slow proccess, at the end the result of practicing a lot it's those four songs you can listen to.

When I partially wrote them between December and March I contacted Erica and she didn't doubt it, then I thought about Jose who I know since we were kids (this is our first musical experience together though) and said he would play bass. Finally we met Rosa who would play drums and she was like the perfect piece to complete the puzzle.

Q: Who are your influences?
The main genre that influences us when writing songs is dream pop and kinda twee pop. Artists like Beach Fossils, Juan Wauters, Beat Happening, Wild Nothing, DIIV, Pale Saints...

Q. Make a list of 5 albums of all time…
Tough one, but in no particular order.
The Wedding Present - Seamonsters (The best songs about love ever written in my opinion)
Donnie and Joe Emerson - Dreamin' Wild (Yes, that name, big influence)
Gang of Four - Entertainment! (What to say... The catchiest punk songs ever)
Shellac - 1000 Hurts (Always to listen when you want everything to go fuck itself)
The Smiths - The Smiths (This will never ever ever ever get old)

Q. How do you feel playing live?
That's an interesting topic. Neither Erica nor me have actually played guitar live, she always used to play drums and I did play bass in other bands. Jose is a guitarist and never played bass before. Rosa is the only person in the band who has always played the same instrument. We are all very comfortable in our roles though and we're sure we'll be fine.

Q. How do you describe Terry vs. Tori sounds?
Twee, jangly, dreamy... All those adjectives are fine but we also love to make noise.

Q: Tell us about the process of recording the songs?
It was tough. It was only Erica, Jose and me at the beginning and neither of us had much experience recording our own music (with other person). We contacted our friend Rafa Pachon from the band Generica but he only got to record us. Then we thought about Cris Romero, from The Royal Landscaping Society, who we knew was a lot into dream pop, indie pop and all in all had a great deal of music culture and indeed it was no mistake at all. We had in our minds the sound we wanted and he made it just perfect.

Q. Which new bands do you recommend?
From our hometown, The Royal Landscaping Society and Devil Town. Also Vera Fauna, like an hybrid between Pata Negra and Tame Impala", Leicomers, garage and fun and Generica.
Q: Which band would you love to made a cover version of?
Maybe we would need some synths, but I think it would be cool to cover Eyes Without a Face by Billy Idol.

Q: What are your plans for the future?
We are writing more songs and looking forward to play a lot of shows.

Q: Any parting words?
Nothing too original, thanks for the interview and we hope you like our music!
*
*
*
Thanks