Wardance with Blackpool Astronomy - An Interview 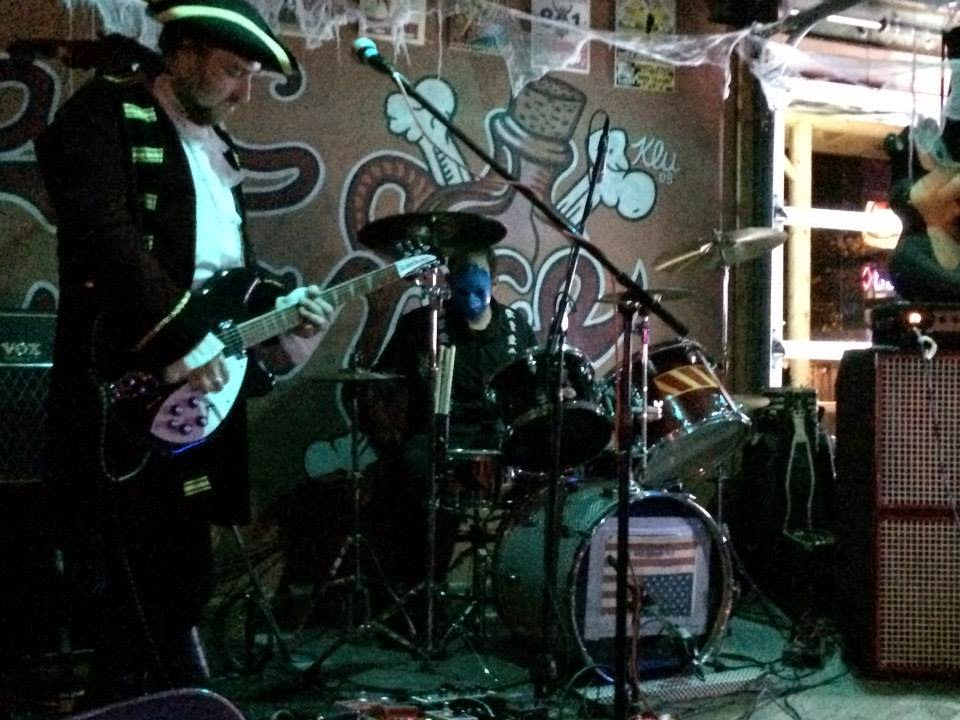 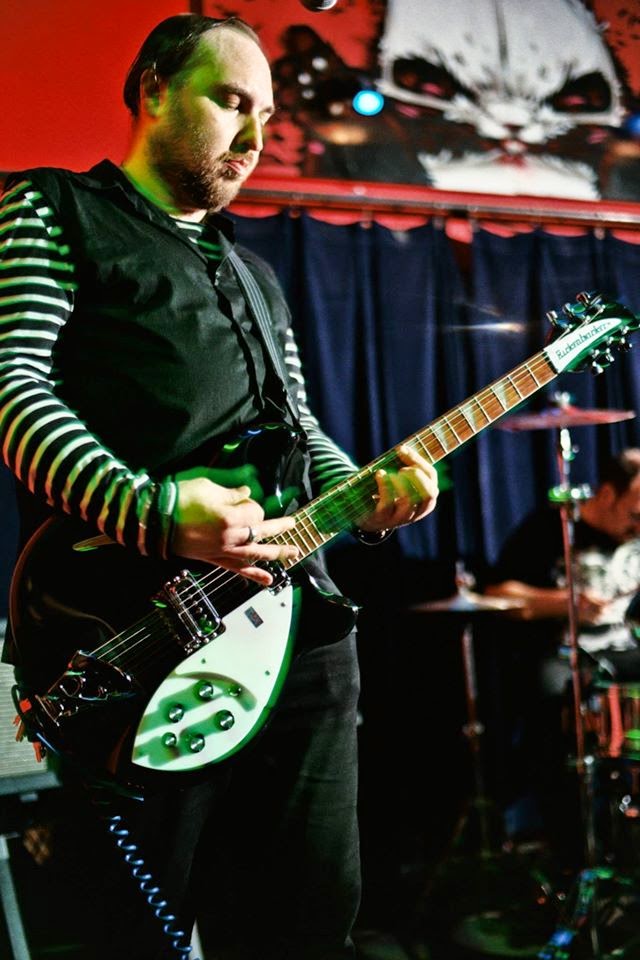 Q. When did Blackpool Astronomy started, tell us about the history...
Jeff: It started as an ambient side project in 1998 that was mostly conceived of analog synth sounds and sounds from deep space. At the end of the High Priests of Panic, which was, our 8-year long D.C. hardcore band made of a bunch of childhood best friends of ours. Blackpool became my main musical project. I kept building on the music and eventually it went from ambient to a dark gothic shoe gaze and an industrial band. Ben Joined after High Priests of Panic dissolved and we started creating new material Which all started to sound pretty much like a dark shoe gaze project with healthy dose of the Cure.

Ben: he wanted to explore things in his head that were different from the band's direction. He recorded and released a solo album and after High Priests dissolved asked me to play drums for him. I was playing with a different punk band named Left Askew and I thought this would be a good yin to their yang and keep me balanced. Jeff and I have known each other since junior high.

Q: Who are your influences?
Jeff: The Cure: Every album and single before Galore My Bloody Valentine, Pink Floyd, Slowdive, RIDE, LUSH, Love Battery, The Chameleons, The Psychedelic Furs Fugazi, Swervedriver, Echo and The Bunnymen ,The Church, Leonard Cohen, Scott Walker, Jawbox and Neurosis. 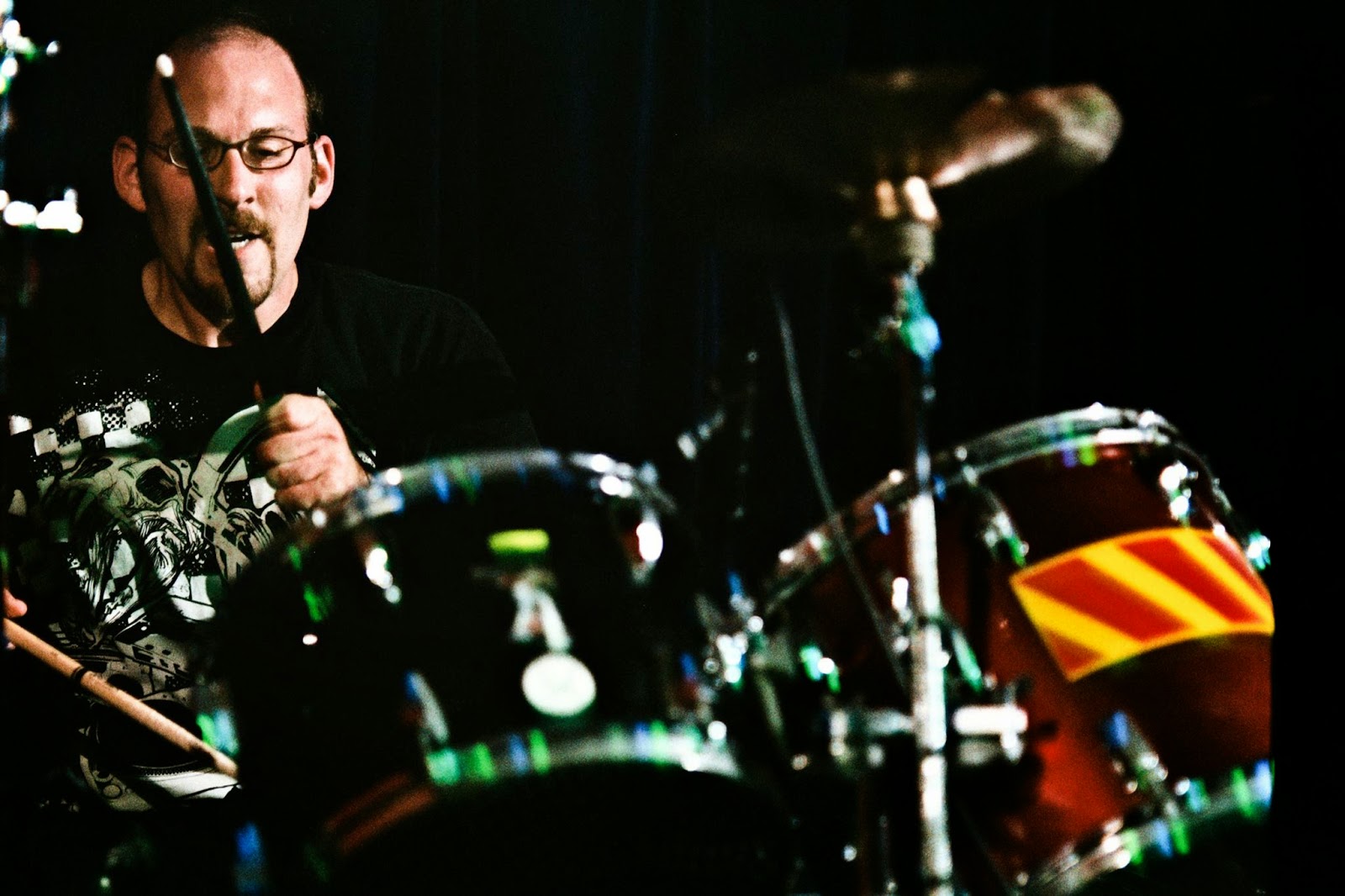 Q. How do you feel playing live?
Ben: Playing live is very easy for me. It's the greatest feeling in the world.

Jeff: I get nervous before we start because it’s very important to me to put my heart into every live performance. I love performing live and making people happy by doing I what I feel is my greatest passion. I try to make sure each person in the crowd knows I see them and try to make a connection with everyone who comes to our shows so they feel included in the performance. I learned this from watching Richard Butler do this every show with The Psychedelic Furs.

Q. How do you describe Blackpool Astronomy sounds?
Jeff: We are definitely a shoe gaze band but with many out of genre influences like Leonard Cohen, Pink Floyd, Scott Walker, Santo and Johnny and The Clash we have our own take on the music plus we still have plenty of MBV, Ride and Lush and influences to balance it out. So in the end we have a large thick rich sound that people they seem to enjoy.

Ben: I hear Pink Floyd, MVB, and The Cure wrapping around each other endlessly.

Q: Tell us about the process of recording the songs?
Ben: We went into the studio w/Jeff McNulty of the Seattle band Bloodhag and Birds of Prey and it was your typical tracking sessions. Jeff recorded the lion’s share of his guitars himself at home every night. We have been doing demos in our practice room because it sounds awesome in there.

Jeff: We did a lot stuff at the Vera with our engineer Jeff but we found the vocals and overdubs were much easier at home in my studio and at Jeff’s our engineers residence. We have been making demos on a regular basis mostly to keep song ideas from slipping away. Some of them however have turned out quite nicely. So they are being released.

Q. Which new bands do you recommended?
Jeff: Air Formation: great mix of Slowdive and Ride. Nightmare Air: One of the best new bands ever. Vibragun: Seattle band that we all think is amazing. Jigsaw Puzzle Glue: Really good band definitely worth checking out Spotlight Kid: My new addiction..Disaster Tourist is amazing Then Comes Silence: So good and from Stockholm The Foreign Resort: Great band from Denmark. Jupe Jupe: Friends of our and an amazing dark synth pop band.

Ben: Mary Abaddon from Seattle and Silence from Pittsburgh. Blicky… who we just played with who are also amazing!

Q: Which band would you love to made a cover version of?
Ben: We've done a lot of covers; Joy Division, Bauhaus, The Church, New Order. We're gearing up to do some Clash covers soon for an upcoming show.

Jeff: We’ve played some great ones but as far as a cover I would like to try “Black Celebration” by Depeche Mode and or “House” by The Psychedelic Furs. Both songs would require a pretty amazing cover.

Q: What´s the plans for future....
Ben: We've got a new album to release and a couple of upcoming singles. Shows, shows, shows, shows, and more shows. We've started to get radio airplay, that's a massive step upwards for us. It's bringing in new faces to the gigs. We're musicians, we live to entertain.

Jeff: Definitely plus refining our craft and our live shows and the addition of new member in the future which possibly could mean a much better live show in the future.

Q: Any parting words?
Ben: You can find us Facebook and hear us on radio stations like DKFM and Rocket 95.3 FM in Stockholm. Also on Grit Rock on NWCZ radio.com plus on many other local shoegaze shows.

Jeff: We look forward to seeing you at one of our shows. We can be found on bandcamp at https://blackpoolastronomy.bandcamp.com/ Thanks again!!