Forever Alien with Rohame - An Interview 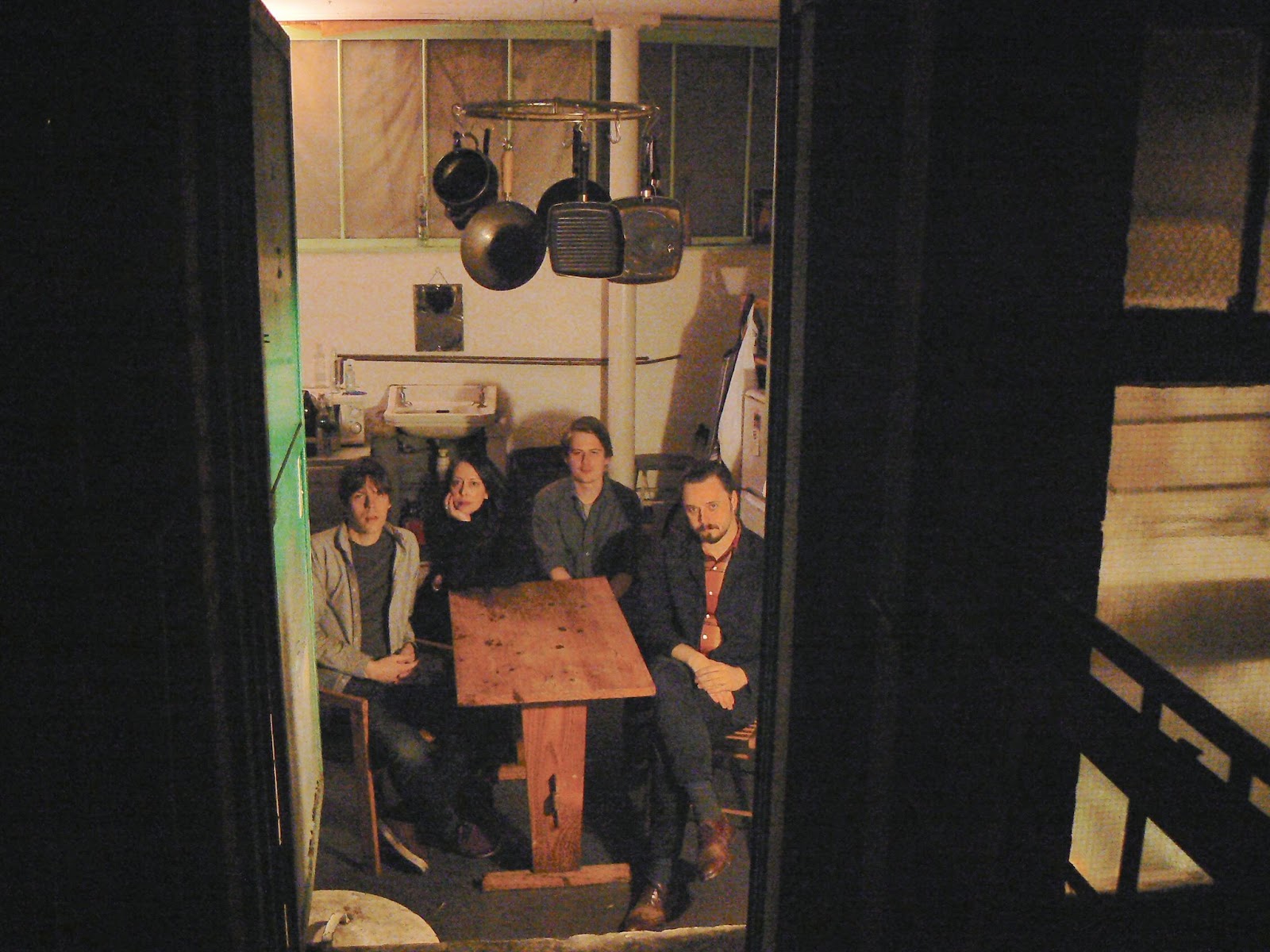 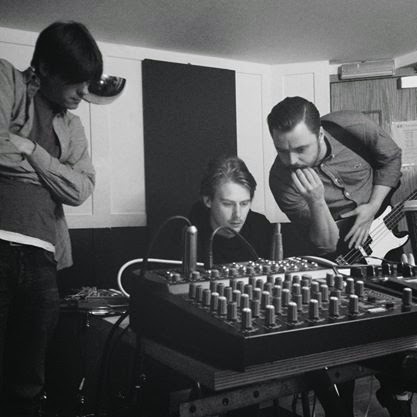 Q. When did Rohame start, tell us about the history...
AC: Rohame was initially Jodie’s idea for a side project; a place for currently unused ideas to be built upon. We started up around 2006 with a more conventional band line up; Nick, Jodie and I swapping guitar and bass duty and Gary on drums. When Gary left we asked Byron to get involved, so we replaced drums with another guitar! There has never been any restriction which allows us to follow any sounds that are presently pleasing to us. As we all have other commitments, our output can be a little sporadic but we’re currently writing new material and have shows planned for early 2015.

Q: Who are your influences?
NK: A massive part of what Rohame is for me is drawing influence solely from what the rest of the band is doing. It’s almost entirely a reaction to whatever is being conjured in the room and for that reason I find it pretty liberating. In Signal, I’m kind of uptight mostly as I have very defined ideas. Like kicking off tight shoes…

AC: Our musical influences do overlap but we essentially have different tastes. As opposed to listing bands, I would say that we’re all really in to atmospheres, experimenting and dynamics.

JC: I enjoy different extremities in music, be it from serene beauty to an all out sonic attack. As Anji says, we’re all each into a lot of different stuff. As much as I find inspiration in various places, I'm also very inspired when we collaborate.

BJ: Personally Rohame stands out in the way in which we work and communicate when we meet up. Things are very open and I feel this influences what we play more than any other outside elements.

Q. Make a list of 5 albums of all time…
BJ: My initial thoughts on this make it look like I don't listen to anything recorded after 1975. To prove this isn't true and make the answer a bit more interesting I'll give you five I have been enjoying recently:

AC: All-time favourites…that’s impossible…it’s a moveable feast but these get a lot of play:
Brighter Death Now – With Promises of Death
Zoviet France – Shouting at the Ground
Trepaneringsritualen – Deathward, To the Womb
Sutcliffe Jugend – With Extreme Prejudice
Deutsch Nepal - Benevolence

JC: Similar to the above, this is very hard to do. This list will probably change the more I think about it but, the first five that come to mind are
• Melvins - "The Maggot"
• Unwound - "Repetition"
• Clipse - "Hell Hath No Fury"
• Phillip Glass - "Violin Concerto"
• Angels of Light - "We Are Him"

Q. How do you feel playing live?
JC: On the whole, I enjoy it. Every show can be different as can the feeling I get from it. With Rohame, we're preparing ourselves for the new live set up and I'm really looking forward to seeing how that develops.

NK: I’m big on playing live. Love the thinking on your feet vibes and how stuff sounds different each time. I dig the travel, meeting new folk and new bands. Not so big on the waiting around, not sleeping, not eating…

AC: Rohame gigs are fun. I’m used to working alone and being in my own world, it’s good to be with friends and working with them.

BJ: Improvising can be a bit scary, but once I get past the thought of 'what am I gonna do if I can’t think of anything to play?' I really enjoy playing live. I have been surprised at some people’s reaction to what we do but there is no point worrying about things you can’t control.

AC: Aaah yes! I think Byron is referring to somebody stuffing tissue in their ears in an attempt to lessen the intensity of our drones…they were swaying quite happily by the end of the set though.

Q. How do you describe Rohame´s sounds?
AC: For the past six years it has largely been drone and noise based atmospherics. Going forward there will be more of this but moving away from multi guitar layers as Byron and I are now using synths/electronics.

NK: Honest, ever evolving and ever revolving.

BJ: We met up at the end of 2014 and we all had ideas for new sounds, so the specifics are evolving but the atmosphere is very much the same.


Q: Tell us about the process of recording the songs?
AC: The process has changed every time we have done it. Some material has been taken from live performance but Winter [01], released on Faux Discx was recorded at the Sound Bunker Studios. Although the environment was more controlled the music was still improvised, recorded live with no over dubs. I then took the audio home to mix and master it.

Q. Which new bands do you recommend?
AC: They’re not new but I recommend Sutekh Hexen and Art of Burning Water.

JC: Some of these aren't particularly new but they have been new discoveries for me recently that I like: Sex Swing, Timber Timbre, and Helm, Poly-Rhythmo.

Q: Which bands would you love to make a cover version of?
NK: You can’t cover a band; you have to cover a song. The problem for me is that if you really connect to a piece of music then what is there to add? You kind of need to cover something ripe for the bettering. Sonic Boom did this perfectly with Mudhoney’s ‘When Tomorrow Hits’. They took the piss out of him with their cover of Spacemen 3’s Revolution. He waited a few years for the dust to settle and responded by making one of their perfectly listenable but ultimately pedestrian tracks into a killer tune. Here’s what you COULD have done sort of thing.

AC: It’s not something that interests me for this project.

JC: Yeah, I'm with Anj on this. Whilst I enjoy some covers, this doesn't really interest me for Rohame.

Q: What´s the plan for the future...
JC: Looking forward to putting these new ideas out into the world in 2015.

BJ: Things seem to be shaping up for playing live in the spring, after that we will see what happens…

Q: Any parting words
JC: Have a good time, all of the time.