Children of God with Artificial Monuments - An Interview 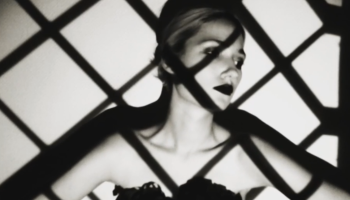 Q. When did you Artificial Monuments started? tell us about the history.
Kim: Artificial Monuments started when I (Kim) was thinking about starting a side project very influenced by the electronic scene of the 80’s. So I asked Johannah if she wanted to join the project, and Patrick started recording a song called 'Cold Lies' for us, and now he’s part of the band as well…

Q: Who are your influences?
There are no two ways around the fact that we really like Depeche Mode, Human League, New Order, O.M.D. Generally strictly synth based new wave and future-pop.

Kim: Iron Curtain did a song called The Condos, which was a huge inspiration for me when AM was formed.

Kim: Tough call, but some of my favorites are - New Order - Movement; The Cure – Pornography + Faith; Depeche Mode – Black Celebration; The Terminator Soundtrack (1984)

Johannah: I have a hard time just choosing which brand of chocolate to buy, so this I can’t decide. Haha.

Q. How do you feel playing live?
That’s not really on the table for now, we’re a new band and we need to write some more material. Maybe somewhere down the line though.

Q. How do you describe Artificial Monuments sounds?
Cold and dreamy pop new wave made for dancing.

Q: Tell us about the process of recording the songs?
We start with a simple drum track and add layers of synth. Sometimes one of us have more or less finished demos with us in the studio, in which case the process is the same but based on the demo. Pretty straight forward. But we just have gotten access to a recording facility stuffed with synths and modules through a good friend of ours. He’s been collecting since the 80’s and suggested that we record at his place, so that’s what we’re doing for now! We are having a lot of fun messing around with his Juno 106.

Q. Which new bands do you recommend?
Prison from Copenhagen are fantastic. Dusty, minimal, queer feminist post punk. Lebanon Hanover from Berlin, with its simple sounds and melodies, is also a modern fave of ours.

Kim: Time Masters from Copenhagen, they are really great, I think.

Johannah: And I’ll have to throw my sister’s project - Cult Club - into the mix. Romantic and positively addicting.

Q: Which bands would you love to make a cover version of?
Patrick: 'Only You' by Yazoo.

Kim: 'Running Up That Hill’ by Kate Bush

Q: What´s the plan for the future….
First of all we need to finish the album, we’re just about halfway there, but don’t want to rush anything. Then we have an offer for an E.P. and we have to write a song for a compilation LP with female fronted post punk. So basically our plans for the immediate future is to write, write and write.
*
*
*
Thanks