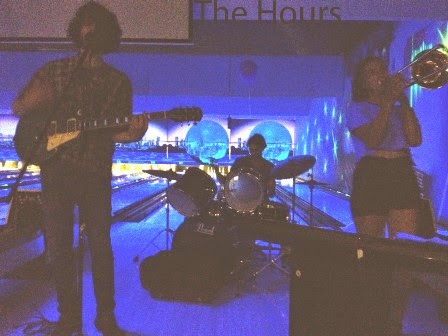 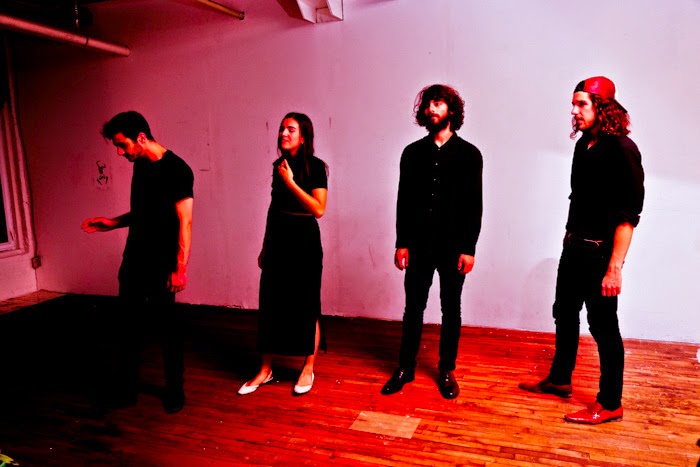 Q. When did The Hours started, tell us about the history...
Alex and I started The Hours in early 2013. We played a couple of shows at a Vietnamese restaurant as a two piece and played covers of Velvet Underground, Silver Jews, and some original songs too. My favourite one was called the “lonely tree song”. I met Sam at University and asked her to join as our singer and we recorded two songs with Adam in a sticker shop and my parent’s basement. Adam went traveling for a while and we wrote more songs, then I asked him to be in the band when he got back to Winnipeg.

Q: Who are your influences?
We have a bunch of different influences...Slowdive, Built to Spill, Rilo Kiley, Girls, Beach House, Luna, Spiritualized, Smith Westerns, Felt, Pains of Being Pure at Heart. I can’t tell if these are influences or just bands I really like. Are those the same thing?

Q. Make a list of 5 albums of all time…
Pretty much impossible but I have a soft spot for most albums by Neutral Milk Hotel and Death Cab for Cutie. Also Pavement, Arcade Fire, Velvet Underground. Girls is also one of my favourites. Broken Dreams Club EP definately is one of my most listened to ever.

Q. How do you feel playing live?
It is a pretty wonderful feeling... by far the most fun you can have as a human. 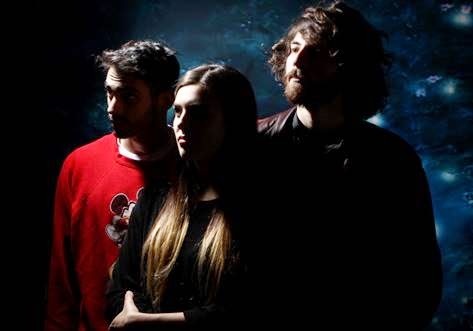 Q: Tell us about the process of recording the songs ?
It is a pretty simple and extremely fun process. Me and Alex recorded the main guitar and drums together and then everyone came in after and added their parts. We recorded most of our new stuff in our friend Riley’s basement and bedroom. It’s nice because we can mess around a lot with guitar tones and vocal effects because Riley gets what we are going for and is really good at mixing.

Q. Which new bands do you recommended?
There are a lot of really cool bands in Winnipeg. Animal Teeth, Basic Nature, Surprise Party, Black Cloud and Palm Trees to name a few.

Q: Which band would you love to made a cover version of?
We have played a couple different ones as a band by The White Stripes and St.Vincent . I have always wanted to cover Echo Beach by Martha and the Muffins or Blue Thunder by Galaxie 500.

Q: What´s the plans for future....
Once we release our album we are going to be going on a fun two week tour of Western Canada. And hopefully writing some new songs along the way for a new record.

Q: Any parting words?
We are probably changing our name soon.
*
*
*
Thanks