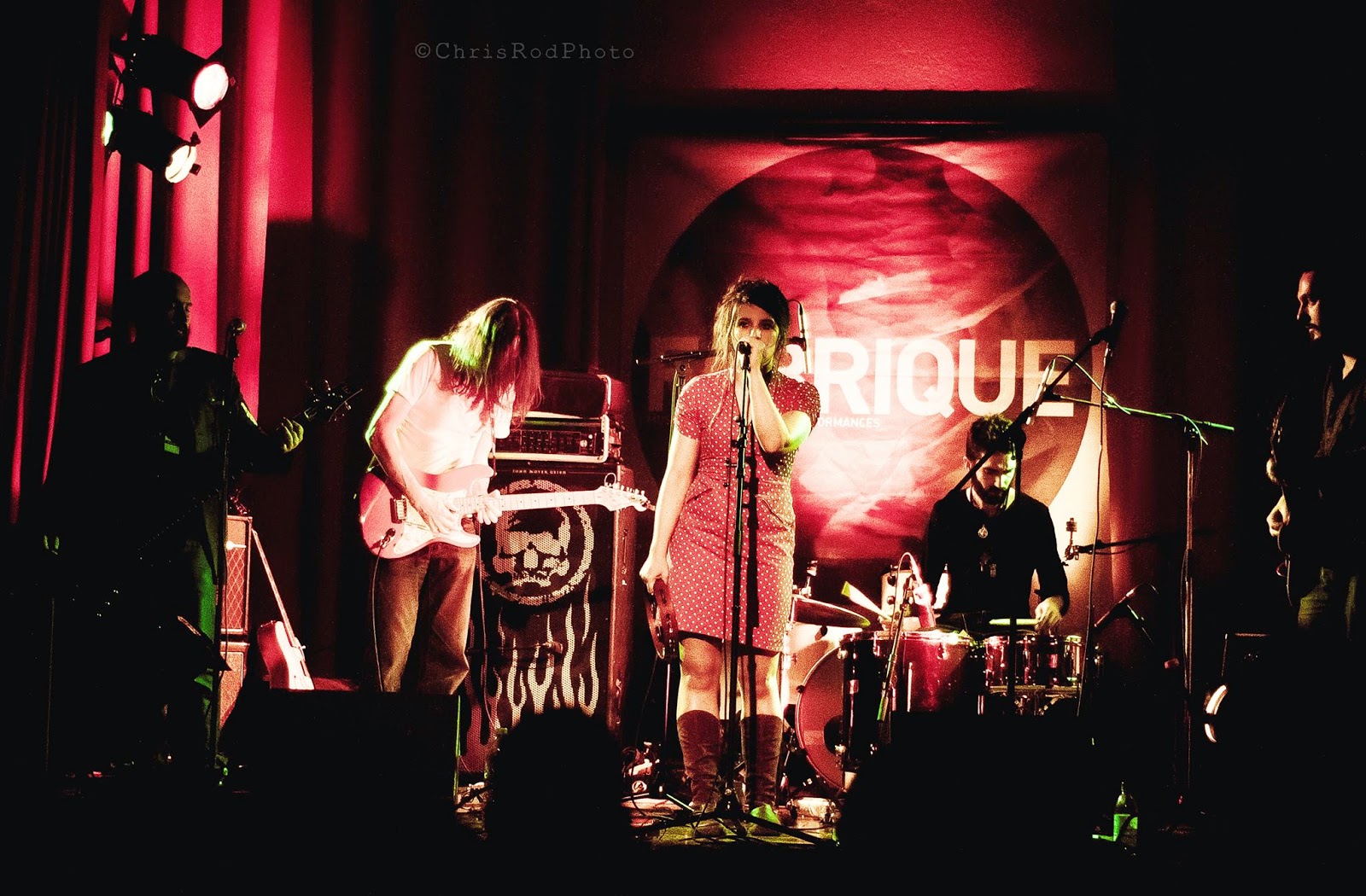 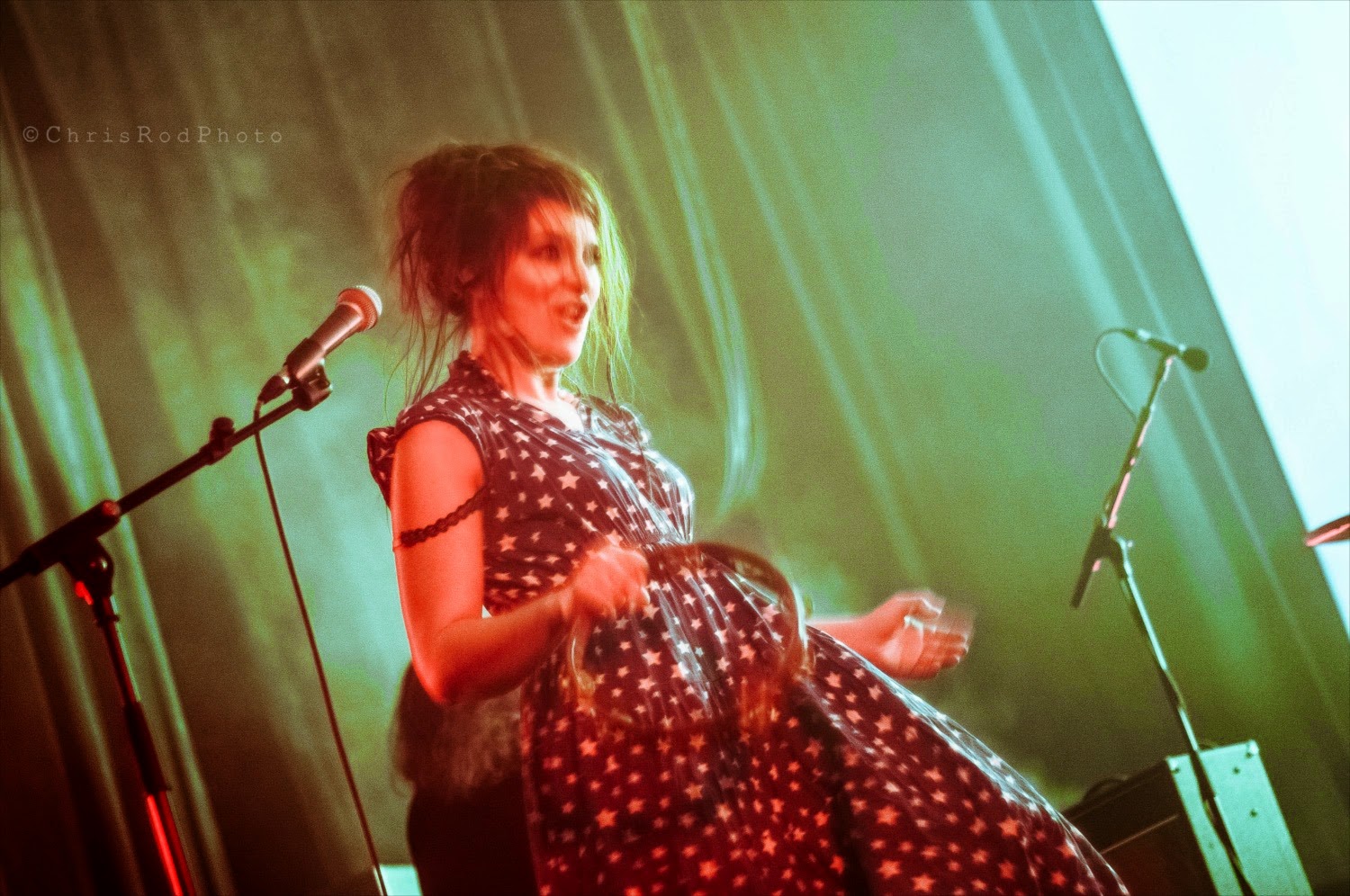 Q. When did Sound Sweet Sound started, tell us about the history...
We’ve started to play together in 2011, even if we know each other since a long time. In fact, we were friends with different bands, but we have never played together in a project. One day Pat gathered us and say: “hey, I’ve these few songs inspired by American indie folk bands, do you want to play it with us?”, and then we had a gig, and another, then a recording session. Sound Sweet Sound was born! It’s funny cause at first, it was just for fun, like the band you play on the Sunday with your students friends. Little and little, it took us more and more time, and now that’s our main and only project.

Q: Who are your influences?
At first, The Brian Jonestown Massacre. Pat is the composer of the band, and when he started to listen BJM deeply, there was this strange thing switching in his brain. Like, follow me, I’ve seen a light. So we followed him. We discovered a lot of indie bands since this period, and all of them influenced us. Maybe especially Night Beats and The Telescopes. But everyone of us has different influences. Aniela love some cold wave and post punk stuff. Guilhem, the drummer, and I (Romain) are very fans of trip hop and electronica music. Marco loves 70’s rock’n’roll music. But the link is the psych music, definitely.

Q. Make a list of 5 albuns of all time…
Aouch, it’s a hard question. I think everyone in the band would quote five different albums, and it depends of the mood in which you are, and the period of your life. So I can’t really answer to these question. Maybe I can tell you the five albums we listen the most on tour?

Brian Jonestown Massacre – “Bravery, Repetition, and the Noise”
Night Beats “Sonic Bloom”
EZ3kiel (a French band, very creative) “Naphtaline”
The Velvet Underground – “The VU and Nico”
and The Blank Tapes – every album of the Blank Tapes is a treasure.

Q. How do you feel playing live?
A very strange feeling, very important for us. Live music is our essence, our foundation. We see it like a laboratory, a freedom space, it’s a kind of drug too. When we’re on stage, we feel like a tribe, it’s a kinf of communion for us. There’s just this music, which is above us, sometimes you feel as it’s outside of you, it lives by itself. When it happens you know you’re on the good way, and that’s what we’re searching for. The aim is to bring the audience with us in our cocoon. When it happens, it’s a really strange sensation. Orgasmic. 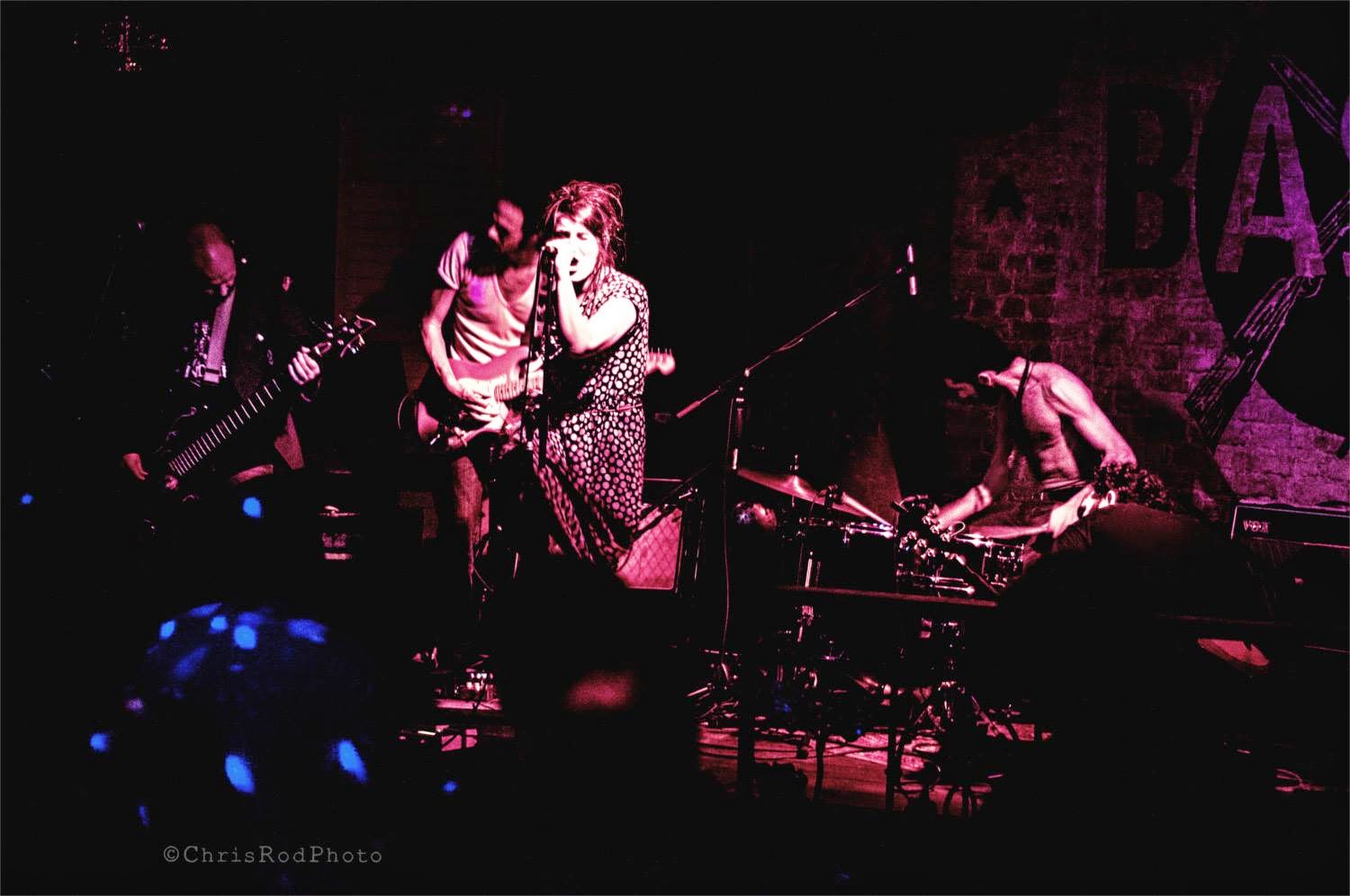 Q. How do you describe Sound Sweet Sound sounds?
There’s many words to describe our sound. Some says its psych rock, other talk about voodoo punk. I don’t really know, everyone take what he wants in our music. To me, it’s the founding idea of transe. Everything starts and ends here. Repetition and imagination. With Guilhem we build some rhythmic transe-tribal walls, and then you’ve the noise of the guitars, bringing some kind of chaotic melodies. And then the beautiful sound of the voice. Some screams too, or shaman calls. This is our sound.

Q: Tell us about the process of recording the songs ?
At first we had a really weird way to approach the recording work. Pat came with his songs, we said, hey, we should record these songs, and then we went to our former keybord’s studio, doing some noise for a couple of days. That’s the first album. Second one was more deep, more hard to put out. We hurt ourselves a lot of times on it, because we were more demanding on the songs. But it kept in a chaotic way t record it. Now for the first time we went on studio in the first days of 2015 to record three songs we know deeply, for the vinyl version of Holy Songs and Human Scenes. We’ve worked with a producer external of the band. We’re very impatient to hear the result. With a bit of luck we’ll put out in September. We’re very excited!

Q. Which new bands do you recommended?
In our town Toulouse, we’ve created an association to promote psych music and organize gigs, so we’ve had the luck of discovering many bands. Appaloosa, for sure. Best band ever. These guys are just crazy!!! Real electro-transe-rock music. With two bass guitars, one drum and one DJ/sampler. The Shivas, with whom we played in Berlin, they’re from Portland and play with The Dandy Warhols on their next tour. They’re so nice. Go!Zilla, for sure, with our brother Luca Landi, the best of rock’n’roll music. In France too we’ve some good bands, like The Jabberwocky band or She Hunts Koalas. We’re linked with them, like a family. 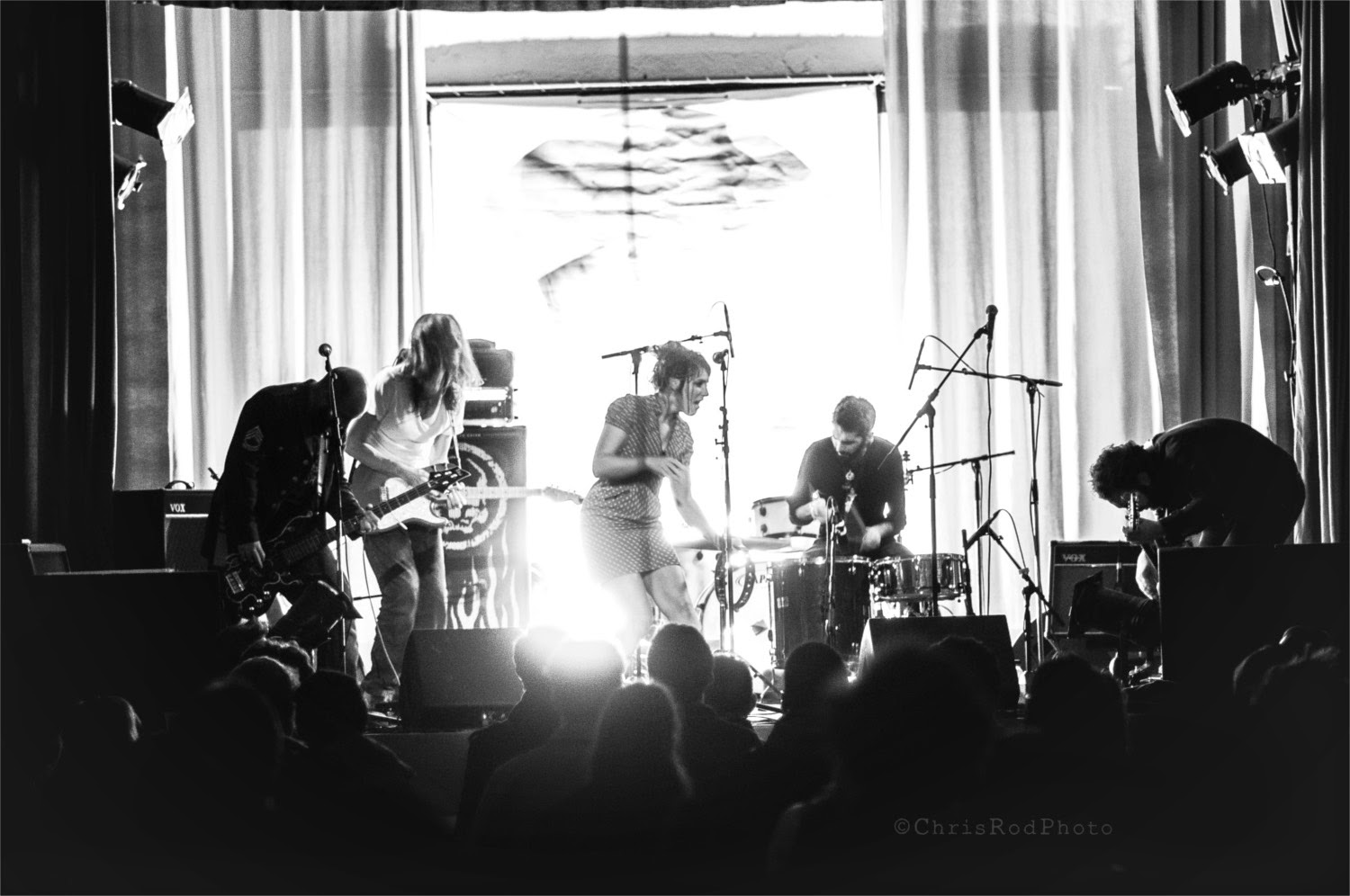 Q: Which band would you love to made a cover version of?
We’re not great fans with covers. I think since the beginning of the band, we just made two, including the Serge Gainsbourg’s cover we actually play on stage. When we make a cover, we like to destroy it, to install our Sound Sweet Sound’s music upon it. We’re too respectful with the creation. If one guy created this on this way, I think there’s a reason, and it’s complicated for us to cover it. Covering is arrogance, in a way. Maybe if it would be something very different of psych music, it could be done. An opera tune, or a trip-hop music sound, like movie stuff. I really don’t know.

Q: What´s the plans for future....
First we’ve been selected by a big festival in France, putting out the new musical revelations each year, called Le Printemps de Bourges. So we’re very happy to play a regional gig for them, and then we leave on tour in France after. In April, we’ll go again on the road in some parts of Europe we haven’t visited yet, and then having a little rest. Preparing the release of the vinyl I’ve spoken about in October, and maybe a new show, but it’s a surprise.

Q: Any parting words?
Psych music is a very large kind of music, including very different styles of sounds. There’s plenty of bands waiting to be discovered, so be curious, don’t stay on a band, go to listen what you’re not used to. I really think audience has a responsibility in the development of the indie scene. We need your help and support to exist, so come to the gigs organized near of your place. There’s some good bands waiting for you’, I’m pretty sure!
*
*
*
Thanks