The Ability to Dream with Mayfair - An Interview 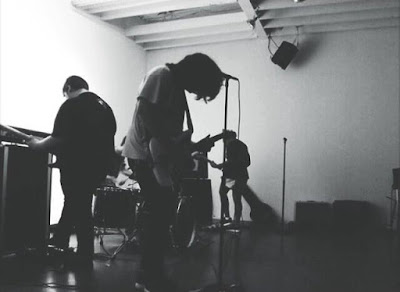 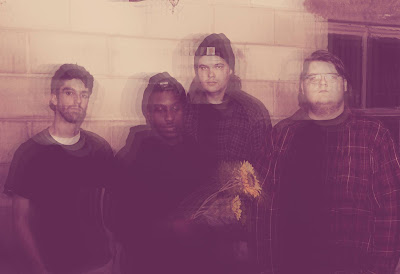 Q. When did Mayfair start? Tell us about the history...
Mayfair started around March 2013 me and frank our lead guitarist used to work together. I started getting him into underground punk and rock bands, and started taking him to local shows around Memphis. One day we just got together to jam with two other musicians we met around the city and we started Mayfair.

Q: Who are your influences?
We have a ton of different musical influences. Everyone listens to something different. Hardcore, punk, hip-hop, pop, scramz. You name it. We probably jam it. But when we're all together writing songs we all really like shoegaze artists like slowdive, ride, Whirr, Nothing, and My bloody valentine

Q. Make a list of 5 albuns of all time…
5 top records of all time is almost an impossible question for me to answer. Just because we listen to such a wide variety of music and we're always getting into something new. But I've been listening to break down the walls by youth of today, distressor by whirr, downward years to come by nothing, I feel everything by ghost lake, and mad city by Kendrick Lamar a lot lately

Q. How do you feel playing live?
Playing live is incredible. Sharing you art with people who've never heard you and seeing them enjoy listening is an unreal feeling.

Q. How do you describe Mayfair sounds?
If I was to describe mayfairs sound to someone who's never head us, I would probably tell them it sounds like getting sucked into a black hole in space


Q: Tell us about the process of recording the songs ?
The process of recording the songs was a lot of fun. We spent collectively about a year writing the record. We all liked how everything sounded and when we went to track everything with our friend Calvin who plays in the bands pillow talk and Daisyhead he really helped us get the best sounding record we could have ever put out. We spent about 4 days recording the record, and it was just a bunch of hard work and hanging out.

Q: Which band would you love to made a cover version of?
If I was going to be in a cover band, I'd probably pick some 90's rock band. Like Nirvana, Smashing Pumpkins, or the Cure. Or a Joy Division cover band. Those were all really big bands for me growing up getting into music.

Q: What´s the plans for future....
As far as plans for the future go, we're currently waiting to get our vinyl records in, hopefully get some cool shows lined up for the summer, keep touring, keep writing songs, and doing what we love to do.

Q: Any parting words
Thanks so much for the interview man, to everyone reading, you can find out album "The Ability to Dream" on Ozona.bandcamp.com
*
*
*
Thanks