Nervous Systems with House of Light - An Interview 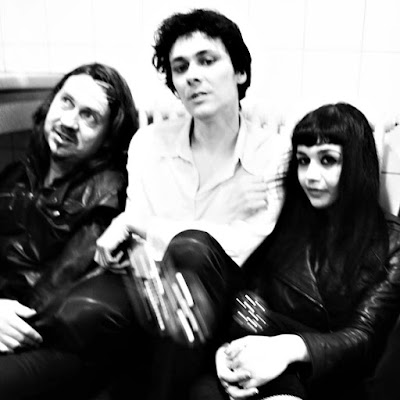 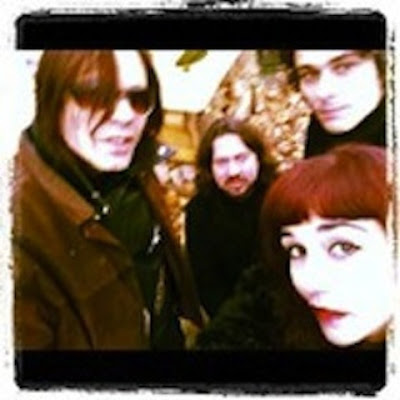 Q. When did House of Light start? Tell us about the history...
1. The band formed in Berlin a few years ago, as a 3 piece, first off with a German drummer. But he got out of hand and went back to art school. You know, drummers. We went through quite a lot of drummers at that time, bad habits, spontaneous combustion etc . Valentina joined shortly after that then we went on our first tour through Italy.

Q: Who are your influences?
2. Influences, personally, postpunk stuff like Joy Division,. A bit of the 60s, Doors, Nick Cave, Some 90s grunge. 80s pop. All over the place. Writers and Poets too as far as lyrics go. French, Canadian.

Q. How do you feel playing live?
4. Playing live - usually it's one of the biggest highs. It's a strange and fast journey. On a bad day it's tourture, but mostly it's a rush. Live should be where a band gets down and dirty and makes mistakes and walks on the edge. We don't sound like our albums live. we sound better...hopefully.

Q. How do you describe House of Light sounds?
5. Sounds - I guess HOL's sound goes from soundscapy swirl, to more classic guitar/synth sound. I tihnk our harmony soudn is quite unique, my vox with Valentina's. No one sounds like that. It's a mesh of sounds and layers, and someitmes we don't even know who's makgin what sound.


Q: Tell us about the process of recording the songs ?
6. Recording - well this time, for the 3rd album we'll do it mostly live in the middle of a tour - at the peak of our passions. Capture that and fill in the gaps. I like to work fast, and I don't do many takes. I usually finish writing lyrics in the studio.

Q. Which new bands do you recommend?
7. New bands - Valentina Veil & the Void I like a lot. But I would think that. I saw a Greek band, Acid Baby Jesus the other day. I like them. There are plemnty of talented buskers in Berlin but I never catch thier names. .....

Q: Which band would you love to made a cover version of?
8 Cover version - the Beatles Tomorrow Never Knows? or Tears for Fears "Shout"? or the Smiths "Last night I Dreamt Somebody Love Me.

Q: What are your plans for the future?
9. Plans for future - House of Light will tour through Europe, France, Greece, UK. And make some videos in abandoned houses in Berlin. And record our 3rd Album, which maybe called "Breathe". Then we'll the west coast of USA