Dream On, Baby Blue with Chorusgirl - An Interview 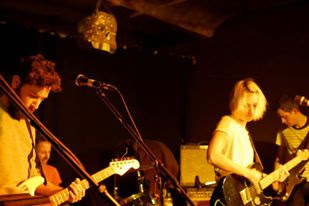 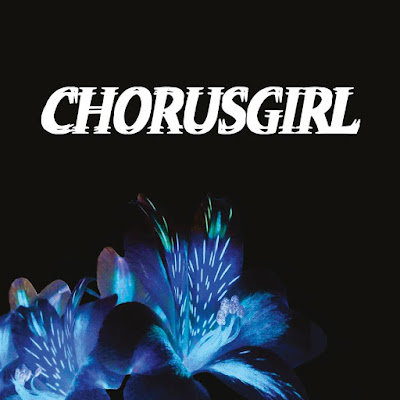 Q. When did Chorusgirl start? Tell us about the history...
I (Silvi) started Chorusgirl on my own as my recording project about 3 years ago. The last band I had been in had just fizzled out and although I had initially wanted to join another band, I couldn’t because my parents fell ill and I spent a lot of time going back and forth between Germany and the UK. So instead of joining another band, I started writing songs at home and polishing my bedroom demos. My friends had just started a recording studio roundabout the same time (the excellent Bear Cave Studio in Cologne) and they invited me over to help me with the recordings. It was there that I first realised that this could be a real project, a band even. Once I had a few songs together, I began recruiting the live band in 2014. We had a line-up change after a few months, and now we have Udo on bass, Mike on drums, and Diogo on lead guitar. We played 30 gigs in a whirlwind of a year and then got signed by Fortuna Pop! after Indietracks Festival this summer, to release our debut album with them on 13th November.

Q: Who are your influences?
The Cure, Lush, the Breeders, Pulp, the Bangles, girl group harmonies, films. I nick and take from a wide variety of influences.

Q. How do you feel about playing live?
I greatly enjoy playing live. It draws me out of my head in the best way possible. The DIY scene in the UK is pretty fresh as well with a lot of great bands; it’s a good time to be in a band there.

Q. How do you describe the Chorusgirl sound?
Deceptively sweet with a dark undercurrent.


Q: Tell us about the process of recording the songs?
The starting point are my bedroom demos. I lay down the parts and hone them, will then take them to the band, they add and then we record in the studio. There is a lot of attention to detail in the bedroom demos already, and we add further little hooks and details here and there in the studio, so hopefully, listeners will keep having something to discover.

Q: Which bands would you love to make a cover version of?
We have just worked out a cover of Ex-Con by Smog, which is one of my favourite songs. We’re normally pretty tight as a live band and this one will be quite loose with a noisy ending. It’ll be really fun to play. I can’t wait.

Q: What are the plans for the future?
Lots of gigs, and we will tour the UK and Europe next year.

Q: Any parting words?
Don’t let anyone tell you that your dreams and nightmares aren’t real!
*
*
*
Thanks