Calico with Mothlight - An Interview 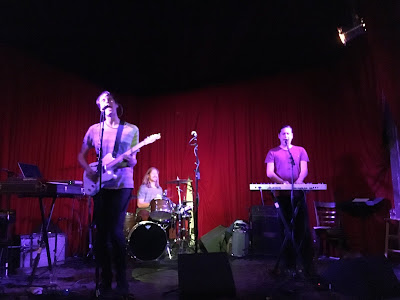 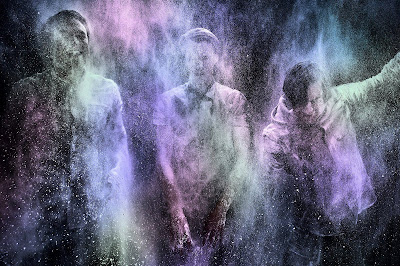 Q. When did Mothlight start? Tell us about the history...
Mothlight was initially Matt's solo project while he was studying film in college. After releasing a few EPs and experimenting with different styles he recruited me and we began playing shows and writing what would become the Calico LP. After a few more years we got together with Andrew on percussion and began writing what will be our next EP.

Q: Who are your influences?
Matt and I listen to a lot of Animal Collective, Stereolab, Broadcast, and High Llamas, but a lot of our inspiration comes from production of certain albums. The song-writing comes pretty naturally because we like the same kinds of sounds and landscapes, but we are constantly sharing songs back and forth for their production value. Recently we have been digging C Duncan and Melody's Echo Chamber for inspiration, but we also listen to albums we consider classics from bands like Boards of Canada, My Bloody Valentine, or Can for inspiration.


Q. How do you feel playing live?
It's a blast. We are lucky to have the friends we do in LA and are starting to play more and more shows for people who have never heard us before and are getting a decent amount of positive reception. It's always strange to hear someone tell you that you sounded good after you've just played a show, but that doesn't mean it doesn't feel good. We are our own biggest critics so I think while there's no better feeling for me to play live, it also feels like the most important thing I've ever done every single time we do it. Haha.

Q. How do you describe Mothlight sounds?
I think ultimately we end up making music that takes from a shared palate of sounds more or less in the dream pop/psych realm. It's nice that when we play our music for friends, they say our music sounds like the music we listen to. I'd say a lot of the sound depends on layering this soft synth aesthetic over profuse harmonies and islandy/shoegazey guitar tones and some off-beat drum patterns mixed with that motorik style. Saying we sound dreamy I think is misleading because it sounds like maybe we are an ambient band, but we try to infuse our sound with as much energy as we can while still staying patient with how the song develops.

Q: Tell us about the process of recording the songs?
The initial song idea usually comes from either jamming or something that we have been working on on our own and bring to the studio when we get together. Everyone brings their own life to every track we do. As for recording, we demo everything ourselves and have been lucky enough to work with friends of ours who are talented sound engineers. We have had to get creative when it comes to the space we use and the gear we borrow or rent, but thus far everything we've done has been DIY.


Q. Which new bands do you recommend?
C Duncan, Gwenno, Cindy Lee, Helen... just to name some from this year.

Q: Which bands would you love to make a cover version of?
I feel like a cover song should by nature be something widely recognizable. I've always wanted to do "Rock the Casbah" or "Good Thing," but I don't think we would ever cover something immediately contemporary. We've never had the hubris to be like "oh, that song is great, but I bet we could make it way better." It would just be a fun thing where we would make our own version of something we all love.

Q: What are the plans for the future?
We are currently recording an EP for release in Spring 2016 while playing shows in LA. There might be a West Coast US tour in the making, but for now we are just writing and playing and getting involved with local artists and collaborating with unique creatives in the city. We like to play cool events that aren't just at venues and bars.

Q: Any parting words?
This will sound corny, but I've always wanted to visit Brasil. I can say I'm personally inspired from music that has come out of Brasil like Caetano Veloso and Gilberto Gil and all the others who have been dubbed as "tropicalia" and would love to just see where all of it was made. So maybe someday sooner than later we will make it to your city and we can talk music face to face! Thank you again for listening! - Grant
*
*
*
Thanks