Highway Cruising with U.TA - An Interview 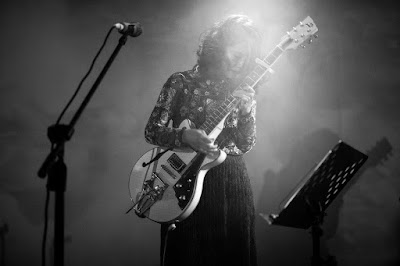 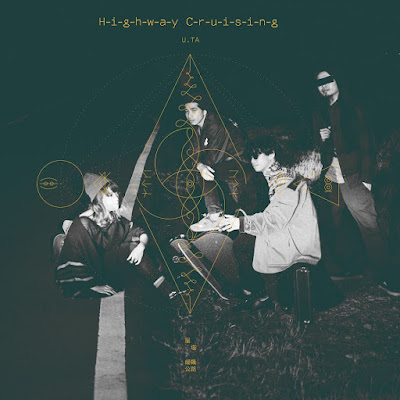 Q. When did U.TA start? Tell us about the history...
U.TA is a psychedelic / dream pop band from Taipei, Taiwan,formed in 2006.

Urayn (vocal&guitar) and Garry (bass) unplugged dreamy folk duo and released the debut single Boys , Girls as a Artist-in-residence programs In Hualien . In 2009, the first official single [good, night] released by the independent label "Magic Lane". For the first time invited Xiang-zhu (space cake-guitarist ) recording and mixing , and the band "Bearbabes" Lead vocal Cookie, and guitarist Wei Chun co-produced , known by Garry as the use of " one-piece vertical cross-comparison recording a complex mix of models Act " of DIY perfectionist , so that the whole series of four singles to become Taiwan's decadent beauty of a rare psychedelic folk . Immediately Garry’s younger brother Johnny joined as a rhythm/solo guitarist. Summer 2013, U.TA became a full band with JC Tao (drum) joined, and preferred the dark side of psychedelia with sound of noise.

Urayn (vocal and amp;guitar) put her long-term concern on female music group. And her favorite record label is 4AD (works for early period)

Rage Against the machine is our bassist Garry’s hero all his life. And he is so easy to be attraced by Latin America music groups, such as Molotov, Puya…ect.

Notorious MSG is the reason that JC Tao (drum) and Garry (Bass) know each other. And recently year, JC Tao introduce Team Sleep to Garry, which is the group formed by vocal of Deftones. They love to share funny stuff and insistence on old fashion style. Maybe you can call us the 90’s

The youngest member, Johnny (rhythm/solo guitar), has a 100% soul of King Krule Soul in his body.

Q. How do you feel playing live?
Feel alive, feel the reality. And want to give people the real thing, receive our spirit from music. Just like watch a movie alone or with a stranger. Don’t like to say the same words twice, so all the time, make some difference every time on stage.

Q. How do you describe U.TA sounds?
The following lyrics in the movie “Lucy” can completely and perfectly explained:

Yes -I feel everything Space, air... the vibrations, the people... I can't feel the gravity... I can feel the rotation of the earth... the heat leaving my body. The blood in my veins... I can feel my brain. The depths parts of my memory.


Q: Tell us about the process of recording the songs ?
It’s a very long-term work to do it. Because basically we all have job to do, fashion designer, photographer, speaker sales….ect. Then we have to pick all rest of time doing recording after working. So our first new album has been recorded over 1 year. There are some interesting opinion from John and JC Tao: “I feel so sorry, I have admit that I was doing guitar recording and arranging at the same. It costs plenty of time. But it seems nobody knows my secret those days.” Says John. “For me, that would be another live show while recording.” JC Tao says so.

Q: Which band would you love to made a cover version of?
Rage Against The Machine – Guerrilla Radio
Mazzy Star – Fade into you

Q: What´s the plans for future....
With the life style make music all the time, keep touring, performing, without worried about money. And stay healthy.