Netheriser with Suffering Astrid - An Interview 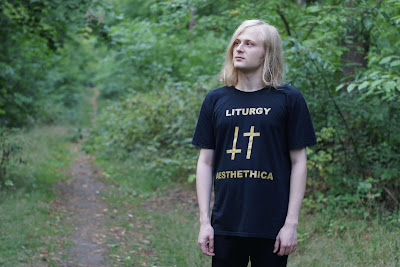 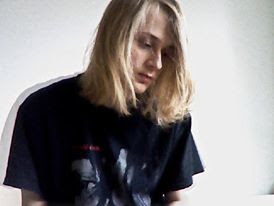 Q. When did Suffering Astrid start? Tell us about the history...
The project started back in October 2010. At the time I was focused predominantly on creating ambient music, but during that time I was also heavily inspired by shoegaze. I thought that there were too many limitations for me to start a shoegaze project. Then one day, when I was toying with various guitar effects, I quite unwittingly put two recorded tracks together and was totally stupefied with the outcome I received. I added some more layers and that's how Suffering Astrid’s first song ever, “A Shoeless Child,” was created. It was the ignition moment for this project.

Q: Who are your influences?
When Suffering Astrid started, my main inspiration was definitely Slowdive, followed by other classic shoegaze acts. Among other bands I can enumerate as having had an impact on this project are Nadja and Liturgy.

Q. Make a list of 5 albums of all time…
I would hate to make any definite choices, so here’s some albums that I’ve been appreciating a great deal lately. I’ve been enamoured of American primitive guitar for a few months now, so my picks almost entirely refer to it:

Q. How do you feel playing live?
Unfortunately, I don’t play live. I had, in fact, a few offers to do so, but taking into account the fact that I am one person behind the music, I am unable to play all of the guitar tracks a single piece is consisted of at once. Even if I had loop stations, it still would be quite cumbersome.


Q. How do you describe Suffering Astrid sounds?
I will not provide any flowery description of my style; but what I can do, however, is to tell what I strive to achieve through a most common combination of recurrent layers I use while creating pieces. For example, I aim at creating ecstatic walls of sound comprising noisy parts with ambient ones occurring simultaneously. It can generate a quasi-orchestral effect if production is executed well. The objective is to make music that has transporting moments and that enables the listener to catch glimpses of the universal qualities of All.

Genre-wise, it is quite complicated to describe precisely, as each of my releases explores different areas. I started off with a more or less classic shoegaze/dream pop sound, but after that I’ve been exposing my shoegaze base to such genres as drone or black metal, which resulted in something like dronegaze, blackgaze, or a genre that I dubbed blackened dronegaze. All in all, it might as well be described as post-shoegaze or experimental shoegaze.

Q: Tell us about the process of recording the songs ?
I always come up with guitar riffs through improvisation first and then build up on that, adding programmed drums, other riffs, and so on. I produce everything on my laptop.

Q. What new bands do you recommend?
To be honest, I am not up-to-date with any novelties in the music world, but I sure can give shout-outs to Heavenly Bodies (a shoegaze project created by two persons who are masterminds behind such projects as thehappymask, Desolate Horizons, lovesilkpalemilk, or Sanne de Neige), no need to open your eyes (a side project of Fall to November Sky), and White Night Ghosts.

Q: What song would you love to make a cover version of?
I have already covered two Slowdive songs, “Sleep” and “So Tired.” I was once in the process of covering Aleka’s Attic’s “Across the Way,” but I somehow abandoned it. In general, I don’t tend to consider making covers.

Q: What are the plans for future....
I set up a label called Saponaria a few months ago and I’ve already put out a small run of cassettes with my breakthrough album “Netheriser.” So the label is one thing I would like to develop in the future. The other thing is going forward and creating next albums in various projects, of course.

Q: Any parting words
Whoever reads these words, be well and thrive.
*
*
*
Thanks