Punks Grown Up with Silver Matter - An Interview 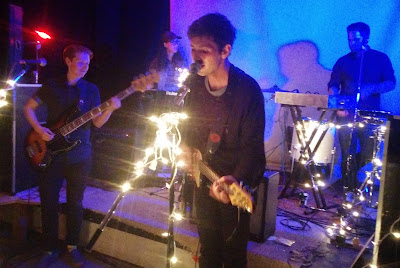 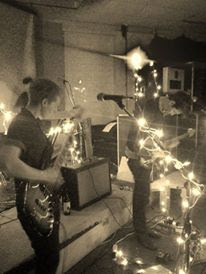 1) Q. When did silver Matter start? tell us about the history...
Silver Matter started about a year ago. At first it was just three of us in Rory’s apartment, listening to some of Rory’s crusty recordings and jamming through headphones. Sunny joined the band a couple months later, we found a rad practice space and things started to come together. Rory and Andrew have played together since they were infants and were in Shimmering Stars together. That band was on a bit of a hiatus, since other band mates were having babies and stuff. So we talked about starting a new project and voila!

2) Q: Who are your influences?
The Pixies, Anything Kim Deal has done, Nirvana, The Jesus and Mary Chain, Sonic Youth, Huggy Bear, Yo La Tengo, Galaxie 500, Phil Spector,

4) Q. How do you feel playing live?
Like I’m going to barf. But after I feel amazing!

5) Q. How do you describe Silver Matter sounds?
Like if Nirvana did covers of Beach Boys songs


6) Q: Tell us about the process of recording the songs ?
Rory is the mastermind behind our recording process. He invested in some recording gear while back. We’re all learning as we go, but it’s amazing what you can accomplish with a home recording set up now. Usually we record bed track in our jam space or Rory’s basement and try to get a solid take before too many beers are consumed. Then Sunny records their synth parts and Andrew might add layers of noise. Then Rory squirrels away and records more guitar tracks and mixes everything. Often we record vocals last, which can either feel really efficient, or really grueling. It’s a fun process though…we recently took a trip to the island to record for a couple days in Rory’s basement and everyone was really positive and encouraging of one another.

7) Q. Which new bands do you recommended?
Some local Vancouver bands we like are Malk and Les Chausettes. Sometimes I feel like all I listen to are defunct bands from the 90’s and I have to remind myself to seek out new music…

8) Q: Which band would you love to make a cover version of?
Well, we did a cover of Foreigner’s “I want to know what love is”. Making noisy versions of cheesy 80’s music is pretty fun. Ultimately I think everyone just wants to play pixies songs all day though.

9) Q: What are your plans for the future?
We’re planning to put out an EP in the new year. Hopefully we’ll do a little tour of the west coast in the spring/summer. Then, world tour 2017.
*
*
*
Thanks