Killer On The Road with Bysts - An Interview 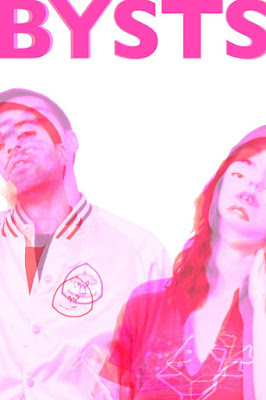 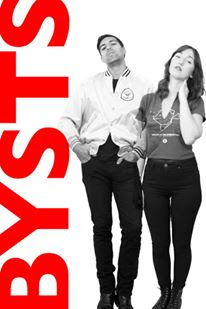 Q. When did Bysts start? tell us about the history...
Stefanie and I have been collaborating off and on with this project for about 6 months just playing covers and working on our sound. But we've only actually been writing and recording as BYSTS for about 2 or 3 months. We've been making music together for about 7 years in various bands. Our other projects didn't work out but we gained a ton of experience playing with bands that we admire like Autolux, Black Angels.... Because of our previous experience when we were ready to start BYSTS and we had the sound that we really wanted we were able to move pretty quickly.

Q: Who are your influences?
Musically we listen to a lot of Primal Scream. Blonde redhead, The Raveonettes first album never seems to get boring. We're really big fans of Massive Attack and Tricky. Lords of the New Church, Love and Rockets. You can't go wrong with Hawkwind and Spiritualized is always great. But we also listen to a lot of Hip Hop which seems to be a big influencer these days as well. Honestly we listen to so much stuff it's hard to pinpoint one thing. We don't really draw from one specific influence we're just open to good music whatever the genre. Sorry, that was a really long answer to a straightforward question.

Q. Make a list of 5 albuns of all time...
That's a hard question but here are the top 5 for us, right now based on what we're listening to the most, in no particular order. Just a side note Spacemen 3, BJM, Slowdive, My Bloody Valentine, the Jesus and Mary Chain, the Chameleons, the Kinks, Telescopes and a million other bands belong on this list but we're just not listening to a ton of that right now.

Another side note (Bryan and I ended up getting into a 30 minute debate about all the great bands and genres and what should actually go on this list. It's not an easy question.)

Q. How do you feel playing live?
(Bryan) - We love it! Every show is exciting and nerve racking up until we get on stage and then it relaxes and just clicks. (Stefanie) - Before every show I feel like my heart is going to explode and then when I get on stage it just clicks and I get lost in the music.

Q. How do you describe Bysts sounds?
In regards to genre we see ourselves spanning across dark wave, shoe gaze, trip hop, and psychedelia but I guess we just imagine it sounds like the emotion your having when you have it. The songs are meant to tell stories and embody specific emotions so hopefully that's what they do.


Q: Tell us about the process of recording the songs ?
It's kind of a two fold process where we write and record at the same time. So when a song is finished being written it also is finished being recorded and at that point just needs to be mixed and mastered. Since we record everything ourselves in our studio we're able to really tweak the sounds as we go. We've worked more traditionally in the past where you write a finished song and then go record it but I prefer the way that we do it now.

Q. Which new bands do you recommend?
Some of these are newish bands or not new at all and some aren't actually bands but are producers and rappers. We really love METZ and listen to them pretty non stop. Tobacco is incredible. Mac Demarco is a great song writer and hilarious. Acid Mothers Temple is so good live. Ohbliv is pretty chill and I can't recommend enough. White Fence is fantastic live. I just got int Tajima Hal which is really, really good. Scapeghost Purp might not be for everyone but his 4AD stuff is fantastic.

Q: Which band would you love to made a cover version of?
We currently cover Lords of the New Church, Hawkwind and Love and Rockets and we're actually in the middle of recording these covers so they'll be out before the year ends.

Q: What are your plans for the future?
We're writing songs and releasing videos for our singles in promotion for our album release next year and we plan to follow that up by playing some festivals and tours. Thats on our mind at the moment and things have been going really well thanks to our friends and fans support which we're really thankful for so who knows what may happen in the meantime.

Q: Any parting words?
Thank you so much for doing the interview with us. Everyone has been so great and supportive we're just super excited that people are enjoying our music and videos.

If anyone wants to contact us, listen to our music or watch our videos they can see them here.
https://www.facebook.com/bysts.band/
https://twitter.com/BYSTSband
https://www.youtube.com/channel/UCvXGGxMr0sDyl8U8NuUXAcw
*
*
*
Thanks