Breaking with Soft Science - An Interview 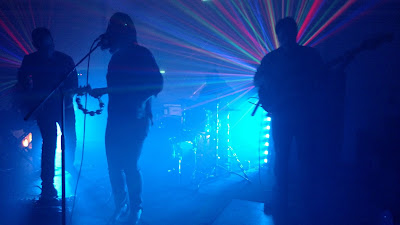 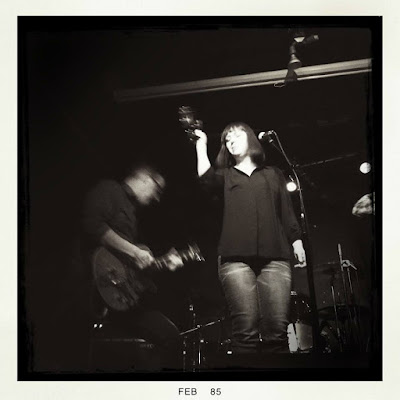 Q. When did Soft Science start? Tell us about the history...
KH: Matt, Ross, and I were in a band together called California Oranges for several years. When the Oranges broke up in 2008 the three of us got together and decided that we wanted to keep going. Mason soon joined us on bass and we started writing new material. It took us some time to really get things going. I think the first Soft Science album, Highs and Lows, was definitely a transitional album for us. While making Detour, we better defined sound and the direction we wanted to go.

RL: After recording Detour, I moved from drums to keyboards and Tony Cale was kind enough to join on drums. Our new track on the 7" is the first one we recorded with Tony on drums. He actually mixed and engineered it as well and we think it came out great!

Q: Who are your influences?
KH: We are very influenced by many of the 90’s shoegaze bands including Ride and Lush. However, there is a great deal of good old fashioned 60s pop in our veins like the Zombies and Beach Boys. Basically, the music we grew up listening to and fell in love with in the 90s mixed with adoration for modern artists like Beach House and Frankie Rose.

Q. How do you feel playing live?
KH: Super good! It is a fun experience!

RL: Wish we could do it more!


Q. How do you describe Soft Science sounds?
KH: Sweetness and fury.

RL: I think Katie hit the nail on the head.

Q: Tell us about the process of recording the songs?
RL: Fits and starts, usually taking much longer than expected. The total time we spend recording isn't that much, but we're all pretty busy. It's really finding the time to do it that stretches out the process. We generally record the basic tracks (drums, bass, guitar, vocals) pretty quickly, then live with it a little while and figure what is and isn't working, maybe change a thing or two, then work out the overdubs. On Detour we collaborated with our friend Hans who definitely kicked things up a notch bringing in a more electronic influence. Hans Munz is already on board to work with us on our next record as well, which we're really excited about!

Q. Which new bands do you recommended?
KH: Basically anything that Shelflife Records puts out is good, in my opinion. Specifically, the Luxembourg Signal, and Flyying Colours!

RL: I've been really digging the Cheatahs new record, The Treasures of Mexico are great too! Of course we are big fans of The Luxembourg Signal, that's why approached them about doing the split 7"! I listen to a lot of online radio like your show, DKFM, and Big Takeover Radio and I'm constantly blown away with how many good bands there are in the world! It's hard to keep up.


Q: Which band would you love to make a cover version of?
KH: We have actually contemplated doing a few covers. The idea usually dies as we tend to spend the limited time we have together working on our own songs. However, if we were to do a cover, I really like the song Love at First Sight by The Gist. I thought it also might be fun to do Love My Way by The Psychedelic Furs or Love is the Drug by Roxy Music. I am seeing there is a “love” theme going on that I never noticed before. Funny!

Q: What´s the plans for future....
KH: We are currently in the process of starting to record for a new album. We hope to see it out by the end of 2016.

RL: I'm really excited about the new batch of song we're about to record!

Q: Any parting words?
RL: Thanks a ton for asking us to do the interview! We really hope your readers take moment to check out Detour and our split 7” with The Luxembourg Signal!

You can check it out here:
https://testpatternrecords.bandcamp.com/album/the-luxembourg-signal-soft-science-split-7
*
*
*
Thanks