Claire with Rolemodel - An Interview 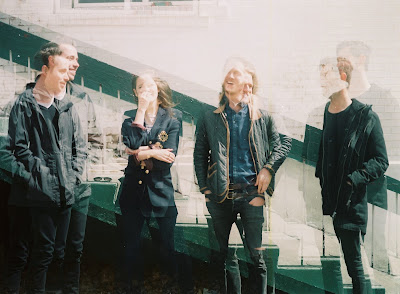 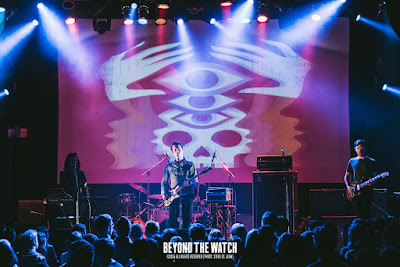 Q. When did Rolemodel start? tell us about the history...
Jordan: Rolemodel started in autumn 2011. I was about to head off to college for sound design, and was experimenting with different elements of electronic production... using tape as a textural effect, making really sludgy electronic music that had a summer feel to it. I was really excited by this, as it was an area I'd never really experimented with before, and it sounded very different from the music I had previously produced as an artist. As time went on, the experiments lessened and I felt the need to mature the sound. I started bringing in more instruments and rhythmic elements. This all culminated in the last EP, "Claire", which features 3 tracks with live drumming by Michael - a very new feel for the project.

Lisa: Prince & The Revolution - Parade, PJ Harvey - Stories from the City Stories from the Sea, Radiohead - The Bends, Massive Attack - Mezzanine, Donny Hathaway - These Songs for You, Live!

Q. How do you feel playing live?
Jordan: Sort of meditative. I try get lost in the song we're playing
Jesse: Alive.
Lisa: It's different every time.


Q: Tell us about the process of recording the songs ?
Jordan: In the past it largely consisted of me building songs from random samples, using weird tape sounds and things like that and evolving them into pop songs. These days it's more formulaic. Luke and I have been writing both together and independently, and fully developing songs instrumentally rather than relying on as much randomness. There have been a few loose jams we've done as a group that have evolved into formed ideas as well, which is always an exciting thing to work on.

Q: Which band would you love to made a cover version of?
Jordan: Maybe something old - New Order or The Beatles maybe
Jesse & Lisa: Massive Attack!

Q: What are your plans for the future?
Jordan: More recording, a new LP and some mixing for other artists in Toronto
Jesse: Learn bass
Lisa: Music making

Q: Any parting words?
Jordan: Thanks for the interview! To plug things a little, we have a live set from a radio session available as a free download right now on Soundcloud and Bandcamp, where you can find all of our music:
http://www.soundcloud.com/rolemodelband
http://rolemodelband.bandcamp.com
*
*
*
Thanks