At Home with Winnebago - An Interview 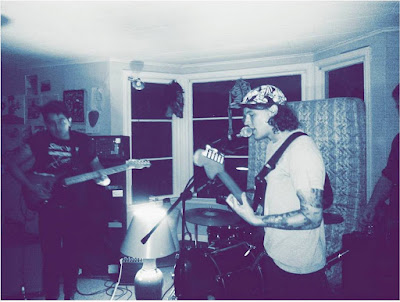 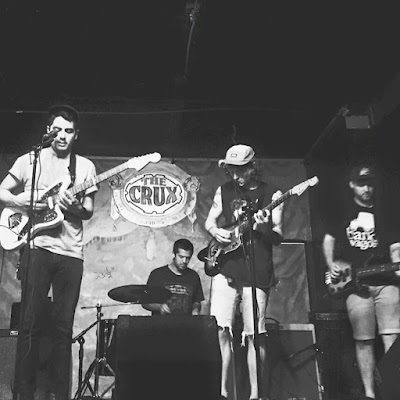 Q. When did Winnebago start? Tell us about the history…
Winnebago started in a garage in Bothell Washington in 2011 - about 12 minutes north of Seattle. We all grew up going to local shows together and really digging the same music, so it was only appropriate that we started a band together. We’ve played around with different sounds, have had 2 bass players at this point. It’s been 4 years of touring, recording and playing shows with friends that have led up to putting out our full length ‘At Home’ earlier this year.

Q: Who are your influences?
As cliche as it sounds our influences are all over the place. Honestly, Sonic youth is a big influence for me and has been for the last decade, 90’s Chicago bands like American Football and Joan of Arc etc. We all really like the late 90’s Northern California band Duster. Also just the music scene in Northwest right now as a whole.

Q. Make a list of 5 albums of all time…
This is a hard one! But as of right now:
Modest Mouse - Lonesome Crowded West
Microphones - the Glow pt 2
At The Drive In - In/Casino/Out
Sonic Youth - EVOL
Duster - Contemporary Movement

Q. How do you feel playing live?
It’s one of my favorite things to do, whether its Winnebago or a different band. I think as far as Winnebago goes our live shows reflect our music, we aren’t flashy but just kind of in our heads the entire time, we use a lot of ambient interludes and have very little stage banter. Anything else would be very forced and unnatural.


Q. How do you describe Winnebago sounds?
Our sound has been described as shoegaze with a touch of drone, jangle guitars with reverb with really pretty guitar chords etc. With that being said I think we’re always changing, experimenting with ideas while still keeping the “Winnebago” sound.

Q: Tell us about the process of recording the songs ?
With recording we really do best when we record demos and reflect back on them, we’ve tried going to the studio without doing that and end up unsatisfied with the finished product. With ‘At Home’ we worked with Dylan Wall (Naomi Punk, Craft Spells, WEED) recording guitars and vocals at our house in Seattle, and recording the drums at a studio, and then mixing it with Dylan. This process has been the most successful for us so far.

Q. Which new bands do you recommended?
Great Grandpa out of Seattle is one of my favorite local bands right now, Versing, Vacationeer, City Hall, Sun Dummy. Weed & Freak Heat Waves out of Canada.

Q: Which band would you love to made a cover version of?
I’ve always wanted to cover “Tonight There’ll Be Clouds” by the Microphones. We’ve also joked about covering The Anniversary someday.

Q: What are your plans for the future?.
Right now we’re taking a break for a few months, hoping to put out some new music with Winnebago in 2016.

Q: Any parting words
None from me, thanks for listening!`
*
*
*
Thanks