Escape with Lighthouse - An Interview 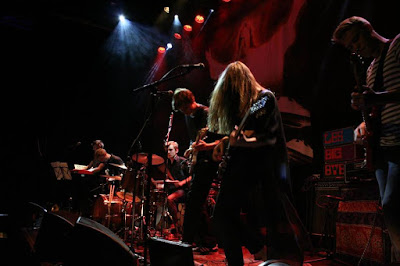 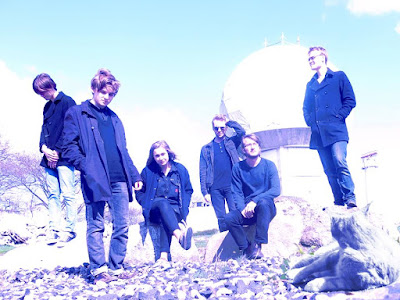 Q. When did Lighthouse start? Tell us about the history...
We started about a year ago but everybody has known eachother for ages and played in different bands togehter. In the wake of Slowdive´s reunion in 2013/2014 we tuned in to shoegaze music alot more and starting a project with heavy shoegaze influences seemed like a good idea.

Q: Who are your influences?
Low, Mazzy Star, Marriages, Red Sparowes, Nick Cave, Radio Dept., Sway and of course My bloody valentine and Slowdive. Some people have said that a few of our songs sound like Pink Floyd so there’s probably some of that in there to.

Q. Make a list of 5 albuns of all time…
The Cure - Disintegration
Radiohead - Kid A
Portishead - Dummy
Red Sparowes - At the Soundless Dawn
Sonic Youth - Dirty

Q. How do you feel playing live?
It’s a adrenaline rush so it feels like you’re five feet above the ground. You’re invinsible. Except for some of us who more likely feel like they're six feet under the ground.


Q: Tell us about the process of recording the songs ?
We start with the drums and a guide guitar and after that we just ad instruments one at a time. Everything is well rehearsed beforehand so it’s usually a quick process.

Q. Which new bands do you recommend?
Evans the death, Marrow, Junodef

Q: Which band would you love to made a cover version of?
We did a Low cover once so that one’s crossed of the list but if we do someone elses song again it would probably be something that originaly has nothing to do with Shoegaze music, like maybe a country or electro song.

Q: What are your plans for the future?
Continue to play live, write and record some more music. We're about to design merch and are planning some cool cooperations as well.