Lighthouse with Sunstack Jones - An Interview 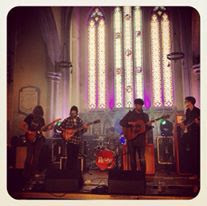 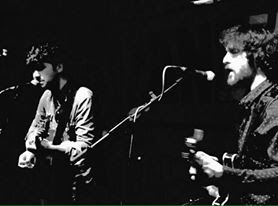 Q. When did Sunstack Jones start? Tell us about the history...
It started in 2011 when myself and Richy (drums) decided to make an album after our previous band had split. Instead of just starting another band we thought lets just make a proper album of songs for ourselves instead of playing shitty gigs and doing the odd demo. We got the songs together really quickly without really trying - Lorcan (guitar) had just finished with his band and we used to live together and hear him play so I snagged him straight away- Dan (bass) joined in towards the end and we recorded the first lp for about £400. A good friend (Klutz) producing, no need for spending a fuck ton of money when you've got good songs. We played a few little shows and Dave from the Sand Band put us in touch with eighties vinyl who put out a few 7"'s for us then we did another lp. For the second lp I called up an old school friend (David) that I knew wasn't up to much and tried to get him to sing on a tune but he ducked out somehow. Then we ended up singing together in a field one day and it sounded amazing so he was fully on board for the new (3rd) lp. So now we are 5 (3 guitars, 2 voices, drums and bass) and everything has gone up a level.

Q. Make a list of 5 albuns of all time…
Today maybe...
The Sundays- reading, writing & arithmatic
Verve- a storm in heaven
The La's- The La's (but make your ow compilation version)
Air- moon safari
Felt- poem of the river

Q. How do you feel playing live?
Chris: in a rehearsal room it's amazing cos we can control everything but in a venue it usually seems Sub-aquatic on stage so you're constantly thinking 'what's it's sound like out there?' And it probably doesn't sound like the band cos you don't know the soundman and he thinks your supposed to sound a certain way...

Q. How do you describe Sunstack Jones sounds?
It's music that a lot of people would love if they got the chance to hear it. Melodic, rolling, bit moody but hopeful.


Q: Tell us about the process of recording the songs ?
For the new lp (our 3rd) we sent each other little ideas back and forth until we had the songs, then I demoed all the tracks and gave them to the band- Just acoustic guitar and voice - everyone went home and lived with the demos for a few months - then we all got together the day before recording and rehearsed, so it was the first time we all heard what the songs would be like. Went in and played live with a guide vocal the next two days and done. Just gotta finish the singing and some little guitar overdubs here and there. Sounds Amazing, nothing forced or laboured, totally natural and how it should sound.

Q. Which new bands do you recommend?
Chris: Friends Of Our Youth.

Q: Which band would you love to made a cover version of?
Chris: Hyacinth house by the doors- I've been messing and we could do it one day, only live though- I think they got it down on record perfectly. So wouldn't 'love to' but 'might do' (probably won't).

Q: What are your plans for the future?
New single 'lighthouse' in February on Brass Button Records, some gigs and then the 3rd lp in the summer. we've also got another 2 Lps worth of new songs demoed so we gotta have a think about how we present them really. Theres 3 songwriters now which is really nice - we're in a good place. We'll just keep making music how and when we like - it'll win out in time cos it surely has to?

Q: Any parting words
Cheers! Eat your greens
*
*
*
Thanks