Aloft with Cull - An Interview 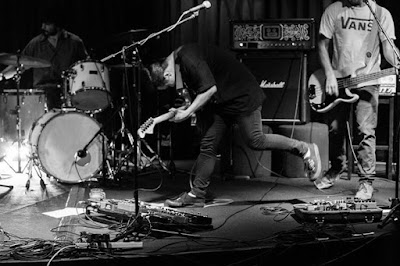 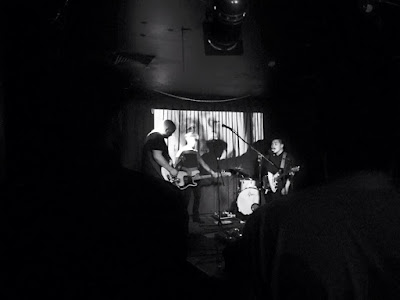 When did Cull start? tell us about the history:
I started Cull as a response to my grandmother's death in 2012. I was writing for a couple of projects at the time, but the writing I was doing for Cull was drastically different...it was far more experimental and lyrically quite moody. So I started Cull as a self produced, personal project because these songs weren't really compatible with the other projects. Everything I've written up until now is somehow tied to my grandmother.

After a while I'd written and recorded a couple of songs and thought that maybe I wanted to bring this project live, so I made a list of all the people I knew who had big pedalboards, and my mate Alex came up. He was really into what I'd put together and that's how we got started as a band. We added Julian (drums) and then Fraser (bass, though he's no longer with Cull), and later on added our sound guy Tim on bass.

Who are your influences?
Anything that has a sugar sweet melody. I'm really into muzak, which is kind of like easy listening elevator music. I've also always really been into bossa nova, especially Astrud Gilberto and Nara Leao as vocalists and the compositions of Antonio Carlos Jobim. That kind of music really puts a spring in my step every morning.

Anything involving Bradford Cox (Deerhunter, Atlas Sound) sends shivers down my spine, Duster has a similar effect. Deafheaven's and Beach House's last two records have been keeping me up. I cry over a bunch of local bands too...Zeahorse, Narrow Lands, You Beauty.

How do you feel playing live?
I go through a bunch of feels. I'm scared, confused, focused, at times upset...but somehow that all translates to some weird strain of joy.

How do you describe Cull sounds?
Cull's sound is very much informed by whatever's on my pedalboard at the time of writing/recording. Every year I do an "Annual Pedalboard Cleanup 2KXX", which is one of my favourite times of the year, where pedals are taken off and possible additions are made. In recent recordings, I've been using a buttload of pitch pedals.

Recorded and live, we're very aware of dynamics. We like getting ultra loud, but also being almost whisper quiet at times.


Tell us about the process of recording the songs
I record everything in my loft bed studio at home. I basically have this double bunk bed, where there is no ground level bed and I've set up all my recording gear under there. It's basically a little recording cave within my room, with acoustic treatment and stuff like that. I've been recording this way forever. I've even shifted the setups to different houses. It's a great solution for people who rent.

Which new bands do you recommend?
Locally, I've been into Blonde Tongues and Suiix. Also, they're not really new, but there's a Japanese hardcore band called Envy that put out a record "Atheist's Cornea" which is mental.

Which song would you love to make a cover for?
I've got a bunch of covers in the works right now...at the minute I'm working on a cover for a track off of the Twin Peaks soundtrack.

What are your plans for the future?
We've just released our debut LP "Aloft" so I guess we'll be trying to get it out there, followed by some tours. Also the quest for new pedals never really ends.

Any parting words?
We hope to "Come to Brazil" someday!
*
*
*
Thanks