Becoming Dangerfield with Darkly - An Interview 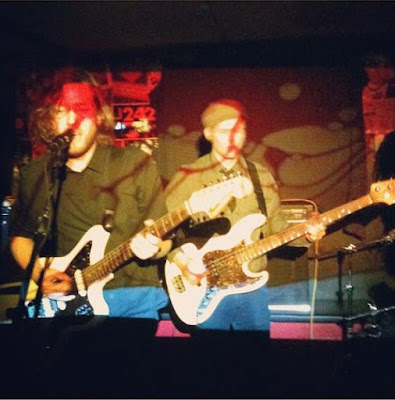 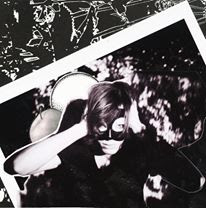 Q: When did Darkly start? Tell us about the history...
A: Darkly started sometime around 2009. I had previously been making music that basically was just imitating garage rock, and I felt I was going absolutely nowhere with that. Around that time a friend of mine sent me some albums by the Residents, and I got really into their music. It made realise that it didn't matter if I could play my instruments very good or not, as long as I tried to make something original, something that mattered to me. I'm not saying that the music I make turns out original in any way, as I think my influences are quite obvious sometimes... What I'm trying to say is that listening to this album made me look at music in a new way, and this encouraged me start making music as Darkly.

Q: Who are your influences?
A: If I am to mention any bands or artists that have a major influence on me, it would be The Residents, The Cure, Devo, Arthur Russell, Cluster, Pere Ubu, Asmus Tietchens, Sparks, B-52's... The list goes on. But there's other influences than just music - My albums usually are concept albums about things that I'm really interested or exited about at the moment. For the first album there was a monster theme, and I was devouring litterature and movies with monsters at the time. For the second album I had been reading books with dystopic themes, so it turned into a very dystopic album, and for the latest album I was all about outer space. I just think it's more fun making albums with a theme of some sort.

Q. Make a list of 5 albums of all time…
A: I would need a long time to decide... But I'll list 5 albums that I really love and that will have to be good enough.

Q: How do you feel playing live?
A: It's always an interesting feeling, shifting back and forth from being extremely nervous to absolutely confident every ten seconds. I like that I can't control it really. And I'm always very happy afterwards. It's a bit special with Darkly since I make all the music myself for the recordings, but when it's performed live I always bring a group of friends to play with me. I love that the sound always changes from gig to gig depending on whose in the live band.

Q. How do you describe Darkly sounds?
A: I want it to sound simple, at the same time as it sounds atmospheric and dark. Pretty melodic and straight forward. I hope that's a good description. Someone said "dark space pop", and that might be a good description sometimes.


Q: Tell us about the process of recording the songs?
A: I record my songs track by track by myself at home, basically starting out with one instrument, and then adding more and more tracks until I'm satisfied. It's a bit like jamming with yourself. Then when I have some demo material recorded, I go back to re-record what needs to be re-recorded, and to try to mix it more properly. It's funny that once I get the band together to practice the songs, I often need to re-learn the songs since I basically only play the music once, at the moment when it's being recorded. I don't really practice the parts very much before recording it, which is why it's pretty easy to learn to play a Darkly song.

Q. Which new bands do you recommend?
A: Looking back at 2015 I can't really recall which bands that were new or old, it doesn't really matter to me. But I can tell you which new releases I have liked the most this year! I loved Julia Holter's "Have You In My Wilderness", and Mount Eerie's "Sauna" as well as the swedish band Saigon's "New World Outro". The re-issue of "Utaka No Hibi" by Mariah completely amazes me and I also love the new Arthur Russell release, "Corn". I would also like to recommend the amazing Alex Cameron, and his album "Jumping The Shark". I had not heard of him before seeing him open for Molly Nilsson in Berlin, but I have been playing that album constantly ever since. Molly Nilsson was also great, performing her new album, "Zenith" - I think the LP should arrive at my door any day now.

Q: Which band would you love to made a cover version of?
A: I'd love to make a cover of a Sparks song, but we'll see if I'll ever dare to.

Q: What are your plans for the future?
A: I'm relocating to Berlin in spring 2016, so I'm hoping to get a new record done before the summer, and to get a band together over there. Another goal is to release the new record on vinyl. I really feel like making music right now, and I hope that feeling will stay with me for a long time.

Q: Any parting words?
A: Thanks for the interview! It's always nice to get attention so far away from home.
Best, Johannes
*
*
*
Thanks