Exit Wounds with The Stereo Eclipse - An Interview 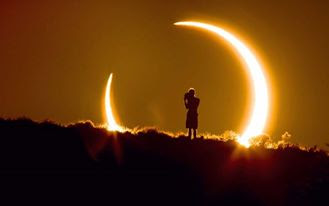 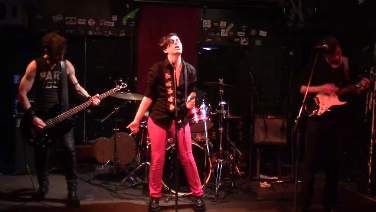 1. When did The Stereo Eclipse start? tell us about the history...
The Stereo Eclipse started as a recording project to explore atmospheric rock in 2005, but it became a live band in 2014. Currently we're a four-piece (Junki on drums, Paul on bass, Nathan on guitar/vocals, & Noll on lead vocals), based out of the San Francisco Bay Area. Noll says: “My personal arrival to the band involved prophetic dreams, Craigslist postings…As far as anything that happened before I showed up, I kind of envision some dark, mystical origin story for the band that is most assuredly not true in any way, shape or form.”

4. How do you feel playing live?
Noll: “Like a wounded animal being released back into the wild after months in a dreary kennel.” Junki: “Explode.”


5. How do you describe The Stereo Eclipse’s sound?
The Stereo Eclipse makes Reverb Rock, which draws from all the sub-genres that rely on reverb/atmosphere (post-punk, post-rock, shoegazer, surf, dub, new age, gothic, ambient, etc.).

6. Tell us about the process of recording the songs.
Our latest EP Exit Wounds was recorded as a band at Faultline Studios in San Francisco. We played the songs four or five times each and selected the best takes on which to continue building. We were trying to capture the energy of our live shows, so while the vocals and some additional guitars were overdubbed, and some mistakes were corrected, most of the drums/bass/guitar tracks were recorded together live.

7. Which new bands do you recommend?
Amusement Parks on Fire, Babyalligator, FEEL IT NOW, Future Twin, and In Letter Form

8. Which band would you love to make a cover version of?
Sisters of Mercy, Cure, Joy Division, Siouxsie & the Banshees, Jefferson Airplane, Misfits, the Damned

9. What are your plans for the future?
We are currently writing/editing new material with plans to release our debut full-length album by the end of 2016. We will also continue to play live shows in the San Francisco Bay Area to support our most recent EP, Exit Wounds. Next show is scheduled for January 16 at Showdown in San Francisco.

10. Any parting words?
Thanks for your interest in our music!
*
*
*
Thanks