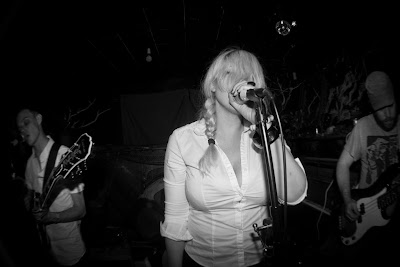 
Dê play agora mesmo no debute deles, Looking Back It Was Romantic But At The Time I Was Suffocating e tenha um ótimo dia. 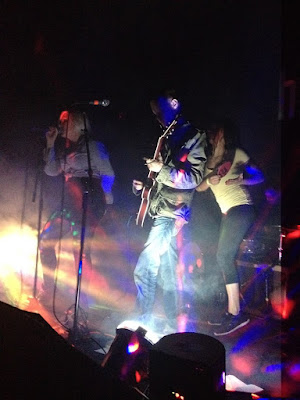 Q. When did Kissing Party start? Tell us about the history...
We started sometime in the summer of who knows when, we live in Denver, but all grew up in different states, NY, OH, PA & CO. Kissing Party is my 1st & only band.

Q: Who are your influences?
I’m influenced by certain people i know, all of the songs i write are about things that have happened or that will never happen

Q. How do you feel playing live?
If people are moved physically or emotionally by our live shows then I love it, dancings living.


Q. How do you describe Kissing Party sounds?
kissing party is the sound of debt, regret, heartbreak, hair dye & Pennsylvania. or Indie Slop

Q: Tell us about the process of recording the songs?
I don't know if there's really a process, they come when they do, sometimes i record on my phone or computer then we go into our space & the rest of the band will add to them or lately Joe has been writing songs, then we go into the studio & record them.

Q: Which bands would you love to make a cover version of?
We have played covers live but probably would never record one just cuz theres no reason to, most songs that we would cover are already perfect, they don’t need us to ruin them

Q: What are the plans for the future?
Our new Christmas single “reckless road” will be out soon, and new album next year