Where We Will Be with Sketch Jets - An Interview 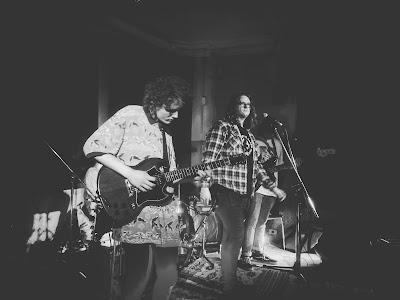 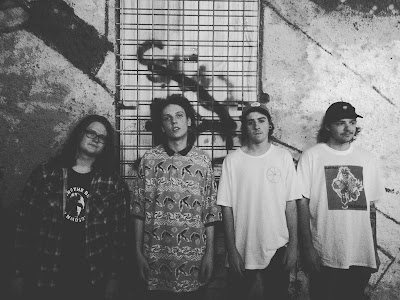 Q. When did Sketch Jets start? Tell us about the history...
I first met Lachlan (guitarist) during a music course we started and finished last year. We became good mates due to similar music taste and love of pop-tarts n kebabs. He co-wrote the first sketch jets demos around December last year with our bassist (Tom). About a week later they finalised the EP and released it on bandcamp. I joined to fill in the gap on the tubs and not long after we got our friend Hugh to do vocals. We have played only a couple of shows and since our inception have released an EP, and two singles.

Q: Who are your influences?
Most 90's shoegaze bands as they were apart of something great. Turnover, Title Fight, Deafheavan, The Brian Jonestown Massacre, King Gizzard & the Lizard Wizard and We Lost The Sea are some other major influences on all of us.

Q. How do you feel playing live?
Completely in the zone. Nothing compares to that feeling of performing, unless its lsd

Q: Tell us about the process of recording the songs ?
It usually starts from a riff Lachlan cooks up. We elaborate on those ideas, and if we're lucky it'll become a song. Our demos are then recorded to listen to for further improvement. We are are a very DIY band for e.g. The drums for "For A While" was recorded with a compression mic and heavily effected with reverb.

Q. Which new bands do you recommend?
There are a few good bands around sydney who we are mates with.
Check out: Egoism, Dying Adolescence, Abel Ibanez G., Vacations, Oslow, Fade In Mona Lisa (All NSW Australia based)

Q: Which band would you love to made a cover version of?
RIDE, cause we cover vapour trail live,,, yiew

Q: What are your plans for the future?
Become an accomplished local band and release an album one day. Make shoegaze great again

Q: Any parting words?
Thank you for listening to Sketch Jets music. Check us out on Facebook, Soundcloud and band camp. All our stuff is for free so don't hesitate getting some sweet music.
*
*
*
Thanks