For Ian. with A Certain Smile - An Interview 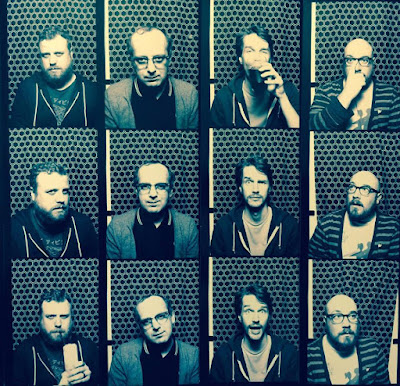 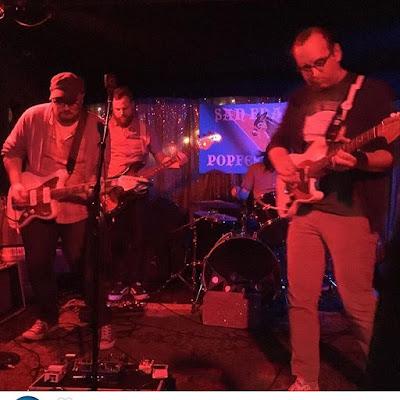 Q. When did A Certain Smile start? Tell us about the history...
Z: Thomas moves out west...

T: So yeah, a certain smile initially started back in 2002 when I had a handful of songs I'd written and got some friends together to play a show. We needed a name, and after much deliberation (or just flipping through abunch of my records) I came up with 'a certain smile'. Finding band names is annoying because you always have to look round and find out if someone else had your amazing band name idea. I was kinda surprised no one had taken ‘a certain smile’ before. But yeah, played a few shows, lost some members and when we reconvened people wanted a different name. Then about 2 years ago, just before I moved to Portland, OR my band Ports of Call had gone into hibernation and I pulled the name back out for some poppier songs I had written. When I moved to Portland I kept it and started looking for people here. It was a slow go finding people at first but once I met Casey, and hooked with Zach and Ian it was pretty apparent that we had something solid.

Q: Who are your influences?
T: Probably way too many, but off hand: the Lilys, Velvet Underground, The Field Mice, Sebadoh, MBV (up to You Made Me Realize), Another Sunny Day, Wedding Present, JAMC, New Order....I think that about scratches the surface.

Q. Make a list of 5 albums of all time…
T: A semi impossible question, but I can go with 5 records that i find in constant rotation all the time hmm.
Lily’s - Brief History of Amazing Letdowns;
My Bloody Valentine - You Made Me Realize;
(it’s kinda cheating but) Field Mice - Where’d you learn to kiss that way?;
Broadcast - The Noise Made by People,
Radio Dept. - Lesser Matters

Q. How do you feel playing live?
T: I've always felt the live show should be fun, it's more about the energy than precision. I want to do more shows, and all over. We played San Francisco Popfest this year, and next we'd love to do NY Popfest and a small East Coast tour, and would love to get to Europe, and Japan, and maybe even down to Brazil!!

Z: Love it... never get the sound quite right, and sometimes it's hot, but always fun.

Q. How do you describe A Certain Smile sounds?

Z: How do you describe sounds? It's like a garbage truck falling through space... no one can hear you scream.

Q: Tell us about the process of recording the songs ?
Z: Someone else hits the buttons

T: Well, all the songs we have recorded (which will find their way on a record soon) were done in Portland with Jason at Magic Closet. Recording was great, we usually try and do everything live at first, concentrating on Drumand Bass sounds, then go and re-track guitars, vocals, etc. We're having everything mixed by Lisle of Tiny Fireflies out of Chicago. They are amazing, and Lisle really gets our sound. We weren't sure at first because most of what he does is quieter more orchestral type pop, but he made our songs shine!


Q. Which new bands do you recommend?
Z:

T: So many good new bands now, we just played with Bent Shapes out of Boston and they were amazing, Mercury Girls from Philly made probably my favorite single of the year. Pretty much everything Slumberland has been putting out for the past couple years has been amazing, Joanna Gruesome, Evans the Death, Literature, Gold-Bears, Spook School, Expert Alterations, etc.. Alvvays made an amazing pop record, and Eagulls have made 2absolutely amazing and wildly different records in 2 years. There are also a bunch of smaller bands we've met recently who are great, like Avaleya and the Glitterhawks, and Horrible/Adorable who we played Popfest with. That was a great bill because they were rad and The Very Most and Burnt Palms played and I've loved both of those bands for a while.

Q: Which band would you love to made a cover version of?
T: I've always wanted to cover Ginger, by the Lilys. Hell I'd love to cover that whole EP actually.

Z: I would like to cover ourselves in velvet.

Q: What are your plans for the future?
Z: Not Dying

T: Hopefully we will have this record out for people soon, then more shows more songs and the cycle continues on and on…

Q: Any parting words?
Z: Point your whiskers towards the sun.

T: Check out our benefit EP for our drummer Ian who was hit by a car recently and is out of commission for a while. You can get it at acertainsmile.bandcamp.com and keep an eye out for our record which should be out in acouple months or so.
*
*
*
Thanks