Made of Fire with Fire to the Stars - An Interview 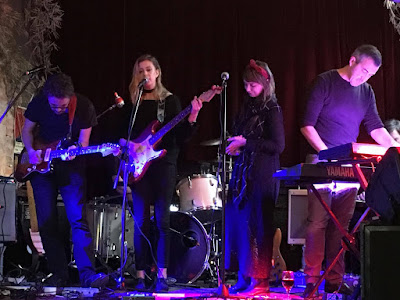 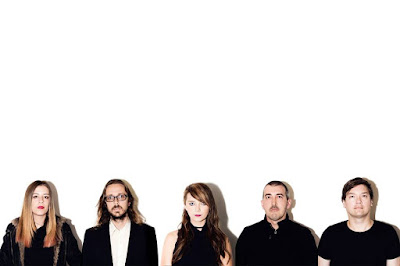 Q. When did Fire To The Stars start? Tell us about the history...

Half the band had played in various groups previously whilst the other half we met semi-randomly in airports or over the internet. Usually a recipe for disaster but for some reason this worked really well. A nice combination of familiarity and new influences I think which has been instrumental for developing our sound.


Q: Who are your influences?

That’s tough! You could ask any six of us and I’m sure you’ll get six very different answers. But in terms of general influence shared across the entire group I think pretty much anything on 4AD (Cocteau Twins, Pixies, Dead Can Dance) would be a good starting point. There are a bunch of great soundscape type artists coming out of the Kranky label (Grouper, Stars of the Lid, Noveller) which I like to think do colour our approach to composition in addition to more neo-classical types such as Agnes Obel, Olafur Arnalds and Sophie Hutchings. And being antipodean, we cannot discuss influences without referencing New Zealand’s Flying Nun records –probably the best label in the world!

Q. Make a list of 5 albuns of all time…
That’s even tougher! Alright, I’m not even going to pretend I’m representing the band here so here are my top 5 (in no particular order):

1) Doolittle – Pixies
- In terms of overall influence, this is unsurpassed. Totally revolutionised my idea of what songs should and could be, typically in less than 3 minutes! Until Doolittle I had never thought songs could mix absurdism with unrestrained delight so effortlessly. Sounds as utterly contemporary now as it did back in 1989.

2) Vespertine – Bjork
- I always struggle to separate Vespertine from Homogenic – I love them both. While the latter probably has the better songs, Vespertine to me is the more complete album. The track order, orchestrations and flow just make it one of the most beautiful things ever created. It is almost impossible to listen to tracks in isolation, it demands to be listened to as a complete piece – and this is why it succeeds as a record.

3) Dragging a Dead Deer Up a Hill – Grouper
- Listen to Heavy Water, the second track from Liz Harris’ record – this should explain why this album is on my list!

4) Aventine – Agnes Obel
- My new favourite. It’s perhaps not surprising when you listen to Fire to the Stars that we are fans of both indie pop and darker, more classical influences. Agnes Obel combines both brilliantly – the depth and feeling of classical composition with the economy of a pop song. No one does this better and I cannot wait for her new album out in October!

5) Daydream Nation – Sonic Youth
- I have no idea how I can possibly defend leaving Loveless off this list but if I’m being honest Sonic Youth have to appear somewhere on this list. Sonic Youth is the critical pivot and shared influence between Jim (guitarist) and myself and is probably the reason why FTTS exists in the first place. I think it’s their use of noise primarily as something beautiful first, rather than necessarily abrasive that gets me. Hyperstation still gives me shivers!

Q. How do you feel playing live?
Love it. This is actually surprising as we originally a little sceptical that FTTS could be translated live, which is part of the reason why it took as so long to move from being a studio band to the live setting. But now we have worked out how to do this we are really enjoying the live dimension to FTTS and I think it is beginning to influence, perhaps not surprisingly, how we write.

Q. How do you describe Fire To The Stars sounds?
I’m probably the worst person to ask – suffer from horrible observer bias. So this is entirely subjective but we like the term “haze-pop” which I think conveys that sense of ambience, mood and the cinematic all within a pop format. I think….

Q: Tell us about the process of recording the songs ?
It’s messy. Generally we have the band split up over at least two continents at any one time so by necessity take a somewhat stepwise, piecemeal approach to recording with tracking done across Melbourne, Stockholm and Los Angeles. Probably not the best approach and I think the more we play live the more we can coordinate to record altogether in the same room.

Q. Which new bands do you recommend?
Not necessarily new as such, but certainly emerging – I’ve really been enjoying listening to Soley’s Ask the Deep record and Sophie Hutching’s brand new Wide Asleep album. Apart from that there are some great new Australian bands like Waterfall Person, Totally Mild and the Ocean Party.

Q: Which band would you love to made a cover version of?
This one is easy – Cocteau Twins. Never dared attempt this in the past, thought it would be way too difficult given how unique their songs are. But we have literally just recorded a Cocteau cover which we will soon be releasing in some form, perhaps an EP.

Q: What are your plans for the future?
We’re back home touring Australia in October and then Europe over the northern winter. Working on our second album as we speak – we have the nice problem of far too many tracks but it’s getting there.