Outside The Color Wheel A​-​Side with Sullen Ray - An Interview 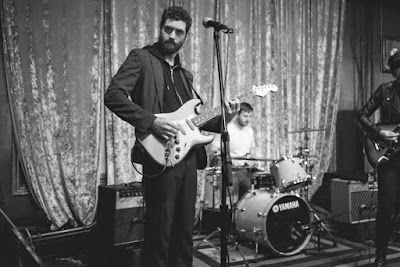 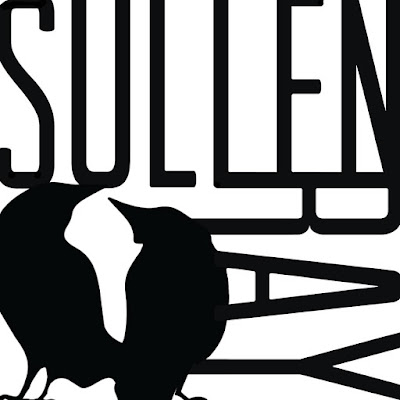 Q. When did Sullen Ray start? Tell us about the history...
Sullen Ray started August 2012, after my precious band The Never Never had disbanded! We were recording a full-length album and we didn't make it through it! So completely defeated by the breaks up, and after some time I decided to move forward. I had come up with the name Sullen Ray because people had always commented on how no matter what the music sounded like, there always seemed to be a Ray of Sadness running through it! So I checked to see if Sullen Ray.com existed and it didn't so I bought it and started writing music again.

Q: Who are your influences?
My Favorite bands are My Bloody Valentine, Warpaint, Tamaryn, IOecho, The Cranberries.

Q. Make a list of 5 albuns of all time?
The Beach Boys "Pet Sounds"
Warpaint "Warpaint"
Tamaryn "Tender New Signs"
My Bloody Valentine "loveless"
The Cranberries "Everybody else is doing it so why can't we?"


Q. How do you describe Sullen Ray sounds?
Well, I think it comes across as a little more poppy than I'm shooting for, but one of the biggest things I wanted to do with Sullen Ray, was basically take Shoegaze (which I love) and turn the reverb off. What would Loveless and Tamaryn sound like without all the reverb, I think it would come across as bluesy 60's pop, so I wanted to achieve that, and to always make sure the beat/drums are at the forefront off all the music. Not in a mixing way, but more in a style way, like you hear the beat and thats what makes you recognize the song. Also playing Shoegaze for so many years before with my band Sway, we would drone on and on with the songs, so I wanted to create some structure to the music, give them time lines, so that it wouldn't go on forever. But people say the live version of all the music is actually more shoegazey than the albums.

Q: Tell us about the process of recording the songs ?
For me it's all about the drums, I first spend a lot of time trying to get the right feel or beat first, then I slowly start putting together the music. I work with the guitars along with the drums trying to find some interesting sounds and rhythms, then I build melodies off the rhythm with a second guitar part, and start working with structure and formation. And then when I have something that I seem to like, I burn it to CD (a rough rough mix) and listen to it like crazy over and over coming up with vocals and words as I'm driving around or right now mainly as I'm driving to work! And then I start building an album off the songs that work together. Right now I'm working on the B-Side version of Outside The Color Wheel, and I've written over 30 songs for it, but I pulled the 7 so far that I like out of those 30. Again the songs are rough mixes, after I have the ones I like, like now, the 7 I like together, I go back and open those projects and start re-recording parts or find better sounds for things and re-work it till it has a more professional sound to it, or whatever the song may call for!

Q: Which band would you love to made a cover version of?
I would love to cover Warpaint and/or The Cranberries actually if I do throw a cover song in the set list its most likely a Cranberries song.

Q: What are your plans for the future?
My plans are to keep writing songs and putting them out! The more I practice writing and recording, they say the better you will get, so I'm trying that out! But ultimately I want to play live shows. So again the point of all this recording for me is to play live, if I get to do both that would be a dream come true! Right now I'm just recording because I just moved from Los Angeles, up to the Seattle Area, so I'm finishing up the music and then I will start working on putting together a new band, so that we can play the new album live!!

Q: Any parting words?
Well, a lot of what I do I had to learn onmy own, I played drums for 15 years in a Shoegaze Band called Sway, and after it disbanded, I wanted to start writing my own songs, so I picked up the guitar in 2008 and started trying to figure it out, then I wanted to record so I started working with garageband in 2009 and now I'm using Logic Pro 10. The point is and the actual point to my music, is that anyone can do it! If you really want to play and record and all that stuff, you need to just start. Everyday I learn something new, and the most important part is everyday I'm learning. I'm not the best or care to be, I just want to be able to put out music the way I hear it in my head, and I want to have the skills to achieve what I have in my head. I just want people to know that if I can do it, you can do it! There's no great mystery to it, it just takes time and the ability to make a fool of yourself sometimes! No matter what keep pushing for what you want, good or bad, keep going it will eventually work itself out!! But more importantly you'll stay true to your art, which is true to yourself!