Here To Fade with Tape Waves - An Interview 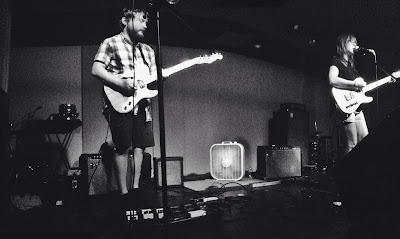 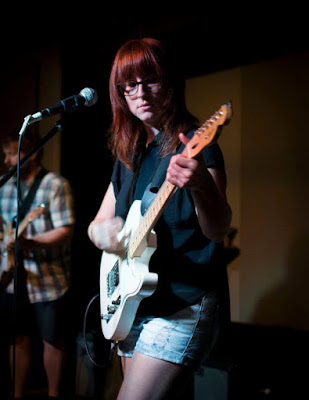 Q. When did Tape Waves start? Tell us about the history...
Jarod: Kim and I started playing music together as Tape Waves in 2013. Since then we’ve released two seven inch records and two full length records.

Q: Who are your influences?
Jarod: Yo La Tengo, My Bloody Valentine, Seapony, a lot more bands.

Q. Make a list of 5 albums of all time…
Jarod: This would probably change drastically depending on which day you asked me.
Ramones - S/T
Descendents - Somery
Wilco - Yankee Hotel Foxtrot
The Beach Boys - Pet Sounds
The Replacements - Let It Be

Q. How do you feel playing live?
Jarod: Generally we feel like “Why are we doing this again? We could be at home eating pizza and watching Law & Order.”

Q. How do you describe Tape Waves sounds?
Jarod: I guess I would say we're a dream pop band, or an indie pop band.


Q: Tell us about the process of recording the songs?
Jarod: We have recorded all of our songs ourselves at home, which has it’s pros and cons. It can be a painstaking process because we have to work around our schedules, so it takes awhile. There’s usually a point during the recording of each record where I feel like scrapping the entire thing, then at a certain point it starts to come together. The positive aspect of recording and mixing everything ourselves is that we have complete control of how it sounds. We can take as long as we need, listen to the songs and go back and add more layers without running up a huge studio bill.

Q. Which new bands do you recommend?
Jarod: I don’t hear new bands that often. I just heard a band called Young Scum from Richmond. I think they might be a new band, maybe not. They’re new to me anyway. I think that’s a great band name, the songs are really great too.

Q: Which band would you love to make a cover version of?
Jarod: I’d love to do a few Yo La Tengo covers. They are one of our favorite bands and biggest influences and we haven’t covered them yet.

Q: What are your plans for the future?
Jarod: We’re going to do a west coast tour in January and we’ll probably write and record more songs.