Up That Hill with Lyfe Indoors - An Interview 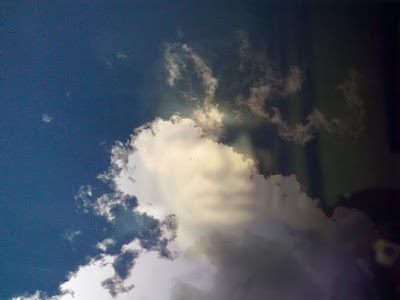 Q. When did Lyfe Indoors start? Tell us about the history...
A: Lyfe Indoors started in the summer of 2014. I was in an interesting place between playing shows with another music project and going home to let my thoughts flourish into the project. Back when it started, the songs weren't complete enough for a release. The unnamed project was a way for me to practice writing and recording songs straight from my bedroom. After a while, I went ahead and got about four songs together that had a similar enough sound so it began. I released three songs (as the fourth didn't make it) on the "Melt" single and the rest was history. I've been making the songs under 'Lyfe Indoors' and its been a really great experience ever since. The day it stops being fulfilling is the day I find something new to work with. For the time being, I can't see that happening for a while.

Q: Who are your influences?
A: Influences... too many to count. Ever since I started playing music I've always gone through phases of different artists. My first big influence would have to be Radiohead. After that, in no particular order: Oneohtrix Point Never, Andy Stott, Beach House, Burial, Slowdive, Arcade Fire, Grouper... That's what comes to mind right now. But there are so many more artists whose names unfortunately escape me right now.

Q. Make a list of 5 albuns of all time…
A: As of now... cause I'm not thinking hard enough... 5 damn good albums...
Kid A - Radiohead
Dark Side of the Moon - Pink Floyd
Good Kid, m.A.A.d city - Kendrick Lamar
Emergency & I - Dismemberment Plan
Music Has a Right to Children - Boards of Canada

Q. How do you describe Lyfe Indoors sounds?
A: In one genre, I'd describe the entire sounds of Lyfe Indoors as Ambient Pop. But in more words... spacey, lo-fi, semi-experimental, dream pop. I don't know though. Up to the listener really.


Q: Tell us about the process of recording the songs ?
A: So all of the songs I've made have been created in my bedroom. The lyrics usually come before or after I write. It depends on the song, really. I'm still trying to find a uniform way to record but at the same time, I think the way I record adds a nice touch to the final product. I could go into more detail but I think that is enough for a general idea.

Q. Which new bands do you recommend?
A: New bands... I guess if you count it, Crystal Castles (w/ Edith). Also (new to me): Viola Beach, Kaytranada... I'm not very good with new bands. I need to look into that more.

Q: Which band would you love to made a cover version of?
A: I really haven't thought of that. Covers would be a cool thing to do in a little but I'm not set on them just now.

Q: What are your plans for the future?
A: For the future, I'm really just focused on making some more songs. I do have plans to start playing shows but I wanted to garner a little bit more of a following and a set-list.

Q: Any parting words?
A: Thank you for reading about the project and I can't wait to see what comes next. Life is short; enjoy it; you are invited. Lyfe Indoors
*
*
*
Thanks