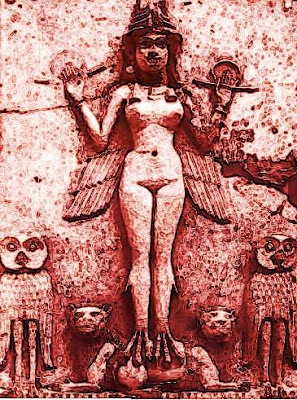 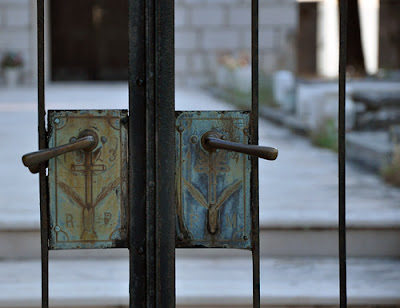 Q. When did Lilith Cage start? Tell us about the history...
Matjaž Pegam – drums: Lilith Cage started quite some time ago as a kind of ideas and experiences discusion between me and Vili (guitar).

We started our frienship at the begining of 80 in a punk band, wich last just two or three years. After that period I started new band (kind of x-over between rock/funk/metal) caled Demolition Group, produced 10+ CD's, perform a lot of gigs all over south Europe, still active in Slovenia….

At the same time Vili started his endless process of experimenting with electronics, diferent guitar setups, loops, and latter on with diferent computer programs, platforms etc….

Frankly speeking, that was also part of my interest too. So inspite the fact, we didn't play in band together, we had quite intensive discusion based relationship, wich resulted first in my solo project – Sinntetic Liquid and soon after that Vili's solo WiGi project.

After our solo adwentures the idea to materialized our common pasion again resulted in story caled Lilith Cage.

Lili Žigo – vocal: I sing in many cover bands, years ago. Also I `ve made a lot o recordings. I waited to find a right person to work with. Right sound and music. Hopefully I meet Vili and we are »the perfect pair« to make our own music.

Vili Domijan – guitar: I started a collaboration with Lili, the vocalist, in 2016 and we made some material and look around for guys to create a bend. Lili find a bass player, Zoran, and I obviously think about Matjaž, the drummer.

Q: Who are your influences?
Matjaž – drums: In principle we are influenced by a lot of things from our surrounding – from historical, social, political …all a way to educational, emotional, personal inerest…

Speaking about music influences in my very begining beside strong punk and ska mowement I'was impresed or better almost shocked with Bowie's Scary Monsters, Remain in Light from Talking heads,

Vili – guitar: I was influenced also with The Clash, The Cure, Joy Division and many others in this years..also I like to experimenting a lot...

Q. Make a list of 5 albuns of all time…
Remain in Light (Talking Heads),
London Calling (The Clash),
Disintegration (The Cure),
Scary Monsters (Bowie),
My life in the bush of ghosts (Eno&Byrne)

Q. How do you feel playing live?
Matjaž – drums: Playing drums live in the band is the best thing on the world….


Q. How do you describe Lilith Cage sounds?
Matjaž – drums: Lilith Cage is the most sugesstive vocal on the flying carpet of Vili's guitar. Me and Zoran we are only moving air an making waves to frame Vili not to go to far…

Q: Tell us about the process of recording the songs ?
Matjaž – drums: Usualy Vili generate the idea on his bunch of sound toys in his virtual universe.

After that Lili puts the lirics on his »flying carpet« (I like that expresion).

By me it is a very common rock band aproach.

Q. Which new bands do you recommend?
Matjaž – drums: On my i'pod (in shufle mode) there is a lot of old music from Doors, Jeferson, The The, Ministry…to Muse, Black Keys, Nick Cave…Leonard Cohen, Michael Kiwanuka, Vandermark…a lot of various music.

To have a lot of choice it is one of good thing of todays info sharing society. The most important thing is about right and cosintent cryteria and the right atitude in realtion to the information and environment.

Q: Which band would you love to made a cover version of?
Matjaž – drums, Vili - guitar,  We are not the type of cover musician. We realy enyoy playing our music.

Q: What are your plans for the future?
Matjaž Pegam – Drums: It is very simple… record our first album an play as much concerts as possible…and enjoy playing every single gig…

Q: Any parting words?
Thanks again
*
*
*
Thanks