Beyond and Before with Echos & Dust - An Interview 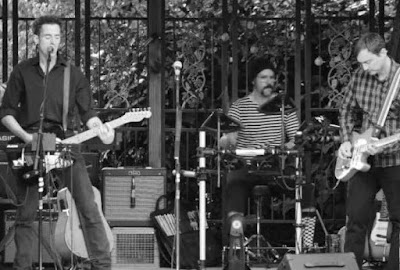 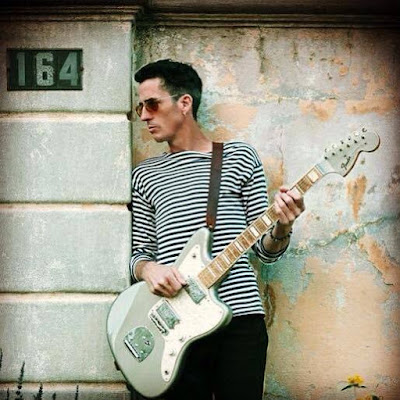 Q. When did Echos & Dust start? Tell us about the history...
Echos and Dust is a new name for my personal project, going back well over 25 years, but now I've finally stepped forward and turned it into an actual band, adding Alex Stott on guitar, Charles Maxey on drums, both of whom I met through a mutual friend on FB, and Richard "Simon P" Chung on bass, who I've played with in a variety of groups and projects going back almost 30 years. The idea is to not only write new songs, but to also resurrect songs going back as far as the early 90's. One big factor in doing this now is that, after about 25 years, I've finally started writing lyrics again, and have committed myself to being a lead singer for the first time, so the older songs are finally getting that finishing touch. For the most part, though, it's just been me toiling away on my own with a variety of instruments and recording gear, a Tascam four-track in the late 80's and 90's, followed by a Roland digital workstation in the late 90's and then on to Cubase in the early 2000's and Protools in 2005, with the most productive era being between about 88-96, before marriage, kids and owning my own rehearsal/recording facility.

Q: Who are your influences?
That could turn into quite a list, but I would say The Velvet Underground and The Byrds would be a good starting point. That being said, I would have to credit Cocteau Twins and Joy Division/early New Order as the biggest influences of my formative years, not only as a song writer and guitarist, but also as a bass player, keyboardist and drummer/drum programmer, with bands such as Felt, Galaxie 500, House of Love, The Church, and a bit later, Pale Saints and Ride not far behind.

Q. How do you feel playing live?
As someone who's always come to playing more for the sake of creating than with the intent of mastering an instrument, I've mostly been a little nervous in live situations, although, there have been some brief periods where I was giging enough, with other bands, to start feeling a bit more confident. I'm hoping to bring this project to that point of confidence and to really put on a show.

Q. How do you describe Echos & Dust sounds?
I guess I would call it atmospheric or ethereal pop, at least that's what I would tell people not familiar with the terms Dream Pop or Shoegaze. We definitely have a sense of traditional pop structure, probably to a fault, but within that, I'm trying to find ways to blend and transition parts so they don't feel too obvious. That leads to lots of layering, I'm very much into the Phil Spector "Wall of Sound" concept, lots of doubling of parts.


Q: Tell us about the process of recording the songs ?
In the early days I would tend to record ideas into my ghetto blaster until I had a basic idea of what I wanted and then program a basic drum beat and record it to four-track. As I got into digital recording, I got more into recording various bits and pieces and then arranging by copy and paste. In late 2004, I opened a studio and started recording bands, so at that point I got into actual full band recordings, some live, but most often laying down basics, drums, bass and scratch guitar, and then doing overdubs. That tends to be my preferred method and will most likely be how our upcoming recordings will be done, with maybe a little rearranging after the fact, and layering, lots of layering!

Q. Which new bands do you recommend?
I can't say there is anything extremely current that I'm into, but of bands that are currently active, and don't go too far back, I would have to say Tame Impala and Beach House are at the top of my list, and Minor Victories sounds pretty cool, but I haven't gotten around to picking it up yet. I would also recommend my friend Craig Douglas's band, Omega Vague, and my friend Dee Kay's band, Posh Decay.

Q: Which band would you love to make a cover version of?
Well, I've done a VU cover, "Candy Says", and we've also worked on "I'm Set Free" in rehearsals. I never have cared much about playing other people's music, but I've become a bit more open to it as of late. Perhaps something by The Byrds or Syd Barrett, or maybe even Nick Drake.

Q: What are your plans for the future?
Just pushing as hard as I can to see this through to the point that I feel something has been accomplished. I'm hoping to, at the least, get some of these songs released, wether it be through an independent label or just a self funded release, perhaps a run of vinyl, just something to show for all my years of work, I'm not getting any younger!

Q: Any parting words?
In the words of Charles Bukowski (or was it Kinky Friedman?), "Find what you love and let it kill you."
*
*
*
Thanks