Connecting People with Jessica & The Fletchers - An Interview 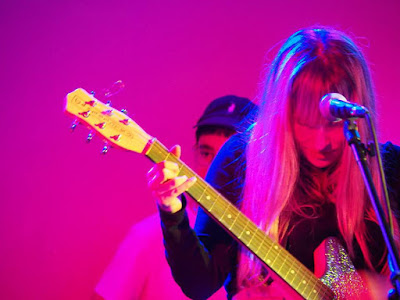 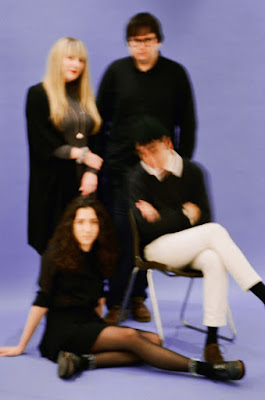 Q. When did Jessica  The Fletchers start? Tell us about the history...
Jessica & the Fletchers first started during very late 2012. I used to live with a guy called Diego and we had the idea to start a noise/twee band. We called a friend called Elena and we started making songs really fast. In a month we recorded about 17 songs, some of them really crazy, with more punk vibes. Half in English and half in Spanish. Time passed, we played some shows but it wasn't actually working. At some point people started joining the band. First Sonia (bass) and Aitor (drums) and then Jane (vocals/guitar). We were 6 then but then Elena and Diego quit the band. I was the main composer and we could call the band to be my project so it wasn't that sad. Albert (guitar) joined for some months but he wasn't so into playing at all. Now we're 4 and we could say that the band was “re-formed” under this formation in 2014 and since them we've been releasing and stuff.

Q: Who are your influences?
Obviously bands like Black Tambourine, Talulah Gosh, Bubblegum Splash and The Rosehips. 80S and 90s pop bands that played great stuff. I also get influences when composing from Japanese mainstream pop, or Spanish 80s post-punk. What I try to do is just sweet and plain noisepop that feels enjoyable and sounds noisy.

Q. Make a list of 5 albuns of all time…
That's a difficult one. “Slum Clearance” comp CD by The Siddeleys sounds amazing to me. “A Certain Smile, A Certain Sadness” by Rocketship is one of the most solid pop albums I know... “PC Music Vol.1” is another comp actually, but I'm absolutely mad about PC Music (English label), my best finding since Sarah Records many years ago. One of my favorite teenage classics might be the first self titled “The Pains of Being Pure at Heart” album and let's say 1982 Meiko Nakahara's “Friday Magic” LP that's one of my fav post-disco records.

Q. How do you feel playing live?
It's something complicated to explain. I always try to have a good time and to give people a danceable experience. I think that the band works really good as a team being all different. I don't get nervous about playing itself but I HATE organitzation stuff. Always there's somenthing complicated to handle.

Q. How do you describe Jessica & The Fletchers sounds?
Sweet fake-innocent noisepop.


Q: Tell us about the process of recording the songs ?
We are quite fast recording. We record everything with a really clean sound and then it gets dirty during the mix haha. I like to mess around with Logic Pro X playing with crazy reverbs and stuff. Our last record was mixed by Rob Duffy a good friend of mine from LA. He did all the magic there in his studio after I send him the tracks recorded in 2h in Barcelona.

Q: Which band would you love to made a cover version of?
Actually would be crazy to do a Hey QT or any kind of PC Music cover but I think that would be way too difficult to adapt “this to that” so making a cover of Alaska y Dinarama would be great and lovely and way easier.

Q: What are your plans for the future?
I'm making new songs and we're trying to give the band a whole new twist. I want to have a very personal sound, straight into XXI century, I don't know how but we'll make somenthing good!

Q: Any parting words?
Thanks for the interview, it's always great to do this to put some ideas together just as an exercice for myself.
*
*
*
Thanks