Tremor Doll with Deathtrippers - An Interview 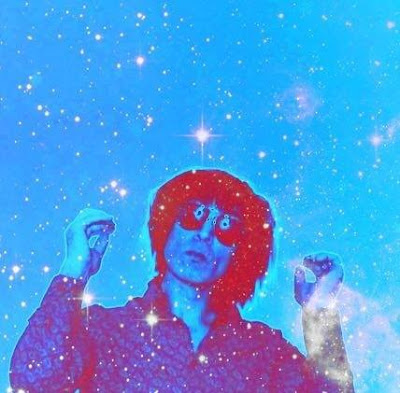 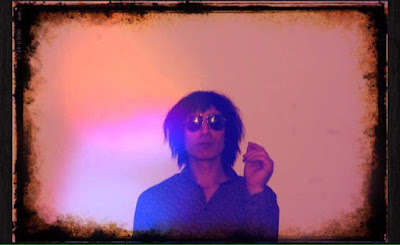 Q. When did Deathtrippers start? Tell us about the history...
A. It all started as personal project. I'd been playing in various bands that had more of a 60's garage/punk influence. I felt a lot of constraint with that type of music and I got to a point where I just felt I may as well be in a covers band; there was no room to experiment. I still love that scene, but like most scenes it can be elitist, conservative and feel a bit like a pantomime. You have to look a certain way, play a certain way, and bullshit like that is something I've never been happy with!
I've always been open-minded in all areas of life, so I wanted to project Deathtrippers in that same light. With Deathtrippers, I want to play around with whatever the fuck I want to. No boundaries...rules are for fools. I'm happy to work with people from different musical backgrounds, or no musical background, the more diverse, the better.

Q: Who are your influences?
A. Maybe not who, but what?

I am influenced and inspired by different things, I'm pretty voyeuristic and I love to study people's behaviour; that really interests me...nothing shocks me anymore.

I was sat by the sea the other day, listening to my friend talk, and to the sound of the waves, whilst looking at the almost clear midnight sky, with the stars were sparkling to me. That moment was probably more powerful then anything I could ever create, but that's the type of thing I include in my music.

An affinity with the stars, especially Arcturus

I have included lots of found sounds in the Deathtrippers tracks. Taurus Of The Bull Ft Honey Fox (*) has a slowed down, rusty old gate noise from the gardens of Kirkstall Abbey, and NASA Voyager recordings of Jupiter. I like to collect as much ambient sound as possible; I find presets very uninspiring, and you're a lazy fucker if you use them! I'm working towards a sound, maybe a frequency that no-one has heard before. There are so many frequencies in my music. 528 Hz is all powerful and all healing; it can clean oil polluted seas; it's the frequency of love, and thats where I'm coming from.

Musique Concrète & The Radiophonic Workshop have influenced me. There's a lot of thinking involved; some real cleverness, and I admire those who try something different.

Q. Make a list of 5 albums of all time…
A. Such a difficult, nigh on impossible thing to do, but at this present point, I'd say;
1. The Stooges-Funhouse,
2. Cure-Pornography,
3. Kraftwerk-The Man-Machine,
4. Suicide-Suicide,
5. Joy Division-Closer.
6. Neu!-Neu! I want to add another
7. PIL- Flowers of Romance.

Q. How do you feel playing live?
I like playing live, and a band is being put together right now. I want it to be a complete audio visual experience. I want to test the audience with things...more than your usual four guys in leather jackets, standing there playing their instruments doing the odd scissor kick...Fucking yawn...
You will just have to wait and see, I don't want to give too much away at the moment.


Q. How do you describe Deathtrippers sounds?
A. I don't...I hate putting things in boxes. It wouldn't do it justice...it's without dogma.

Q: Tell us about the process of recording the songs ?
A. I'm lucky enough to have a small studio setup at my home, which makes things easier, as I can create songs anytime I wish to. Recording wise, there isn't one way that I think's better than another. I just tune in, latch on to the frequencies and create. That's the best way I can explain it. It might sound great straight away, but I tend to sit with it, meditate, listen, try different things with effects and eventually the track kind of creates itself...I'm like a conduit, the universe is drip-feeding me information, and I'm just passing it on. I find it very rewarding and I'm grateful that I'm in this position to express myself.

Q. Which new bands do you recommend?
A. bubbleGum pu$$y, Andrj Graves, Manunkind, Mary Shelly, In Death It Ends, loads more, you can have a look at my Soundcloud page and follow the links.

Q: What are your plans for the future?
A. To get into the studio with one of my favourite producers, Richard Formby, ( SPACEMEN 3, TELESCOPES, GHOST POET etc. ) and take Deathtrippers around the world.

Q: Any parting words?
A. I'm going to steal a quote from the late, great, Muhammad Ali, "Don't count the days; make the days count!"