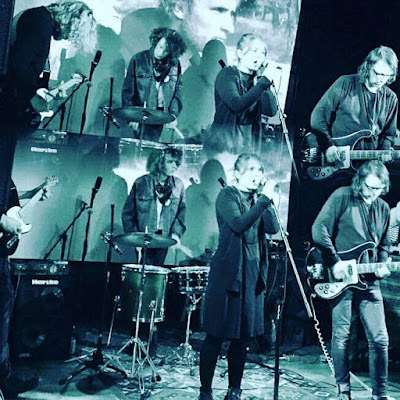 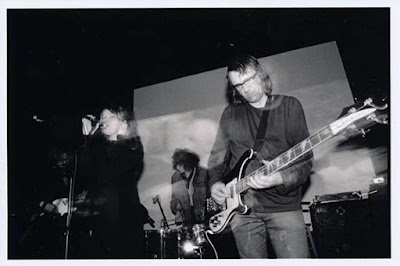 Q. When did Procedure Club start? Tell us about the history...
Procedure Club started in the winter months of 2007. After years of playing multiple instruments in live band settings, I (Adam M) retreated to my cozy place with a modest recording set up. I recorded and performed. Mostly locally in New Haven area, north of NYC, under pseudonym: Human Pontiac.

At the time, Andrea B. had been a constant companion of mine. On one occasion, Andrea revealed her opinion of my music. She said that my voice sucked, all the while my music itself was interesting. Immediately, I gave her the microphone and decided that she should sing. The results were astounding. Immediately we created our MySpace page and our plays went through the roof. Little did I know, her voice was great, her lyrics were awesome.

So the formula was created. Simple 2.30 min pop songs dressed up with Andrea's dreamy voice plus abrasive background noise. We didn't expect much in terms of world wide reach, other than some local New Haven shows with mostly people we know. But quietly we knew that in the context of back in those years of 2007- 2010, our music would fit quite comfortably with the best content out there, based on the strength of our song writing.

Later we got lucky because Mike Schulman heard us and eventually our music was rewarded with the backing of our all time favorite record label, Slumberland Records in 2010 - culminating with a hugely underrated LP "Doomed Forever". After that we Toured Canada and most of the US. After appearing on various radio shows, and some music publications, Andrea got bored and stopped performing altogether. Instead, she focused on her graduate degree in library science and subsequently she got a job as an archivist at Yale University. But her love and dedication to our music never died, because 4 years later Procedure Club is back.

We are now back with the help of my 20 year collaborative friend, Tim Borkowski. Tim has been the powerhouse behind this return. Tim has vast skill levels and he is adorned with a monumentally gigantic brain that hides inside his similarly gigantic head. His brain contains synaptic connections geared for methodical planning skills likes of which my (Adam's) brain cannot even comprehend as something possible in a non-computerized- robotic - living creature. In fact, I (Adam) still thinks that Tim's methodical skill set is a science fictional construct. However, I do accept the fact that all my inadequacies had always been complemented by Tim's amazing creative cyborg-like skills.

This relationship culminated with the release of the much awaited "Pinky Swear" LP on a local label called Safety Meeting. It is ABBA and My Bloody Valentine and Stereolab put into more-less 35 minute compilation of recording sessions that lasted almost 3 long years.

Q: Who are your influences?
ABBA, My Bloody Valentine, Shop Assistants, along with some French pop icons such as Stereolab, Jacno et Elli as well as hints of Evariste.


Q. How do you describe Procedure Club sounds?
It's a propaganda of our lives. An experiment and an exercise in creating the quintessential pop sound that procedure club hopes the world would accept. The world made up of nice group of friends, colleagues, partners, husbands and wives. Our music assumes the audience to be as wise or wiser than we are. This is the world we want to live in.

Q: Tell us about the process of recording the songs ?
It was essentially 3 years of living together. Tim, Adam and Andrea at Andrea's apartment on Willow Street where we spent most of 2012 - 2015. We would get stuck in many winter blizzards there. Tim would drive from his home in New Jersey to New Haven CT, Adam would be waiting there with the 30 pack of beer and whiskey and then they would get yelled at by Andrea for getting drunk. Most of the actual recording would take maybe 10% of the actual time. 90% was philosophizing along with heavy scorn and disciplining by extremely annoyed Andrea. I honestly tried to do the dishes and cook while Tim always left the toilet seat up. However, he made up for it in taking care of the recording equipment, instruments and keeping the whole morale up. Tim is actually the hero here in this case and he deserves special tribute.

Q. Which new bands do you recommend?
We have no clue what's out there. But I recommend "Indian Queen" opera by my hero, Westminster Abby composer to king charles the 2nd, Sir Henry Purcell. 17th century English composer. Beautiful pop songs.

Q: Which band would you love to made a cover version of?
Jacno Et Elli.

Q: What are your plans for the future?
We never plan because things change too much in the world.

Q: Any parting words?
We recently played a show with the Brazilian band Boogarins, great guys and beautifully sounding. I wish I could have spent more time with those guys, get to know them. It was during the impeachment process in Brazil. They gave me a very thorough run down of the Brazilian political situation.

(Tim was on a pilgrimage to the Meili Mountains on the border of China and Tibet and could not participate in this interview. However, he thanks Adam and Andrea for their kind words and expresses sincere gratefulness on playing with them and he thinks they are both brilliant.)