No One with Bondage & Discipline - An Interview 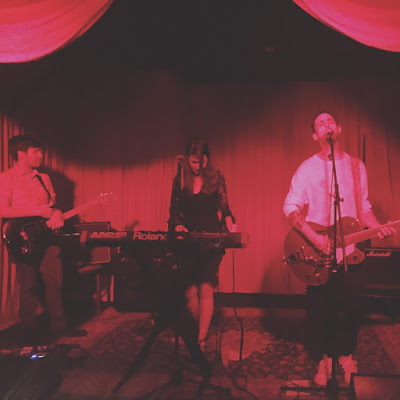 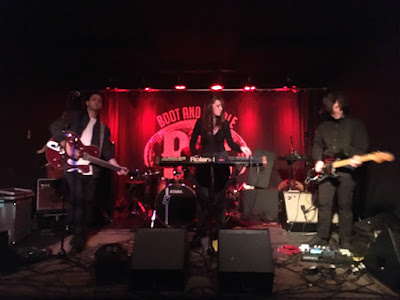 Q. When did Bondage & Discipline start? Tell us about the history...
The project started in 2014 when we recorded our first song "Only Your Love". Hugh, Lynna, and Buddy had previously been in a band together and decided to start a new project with Todd who Lynna had been friends with since high school. He was supposed to just produce and engineer the album at his studio but ended up playing guitar with us live since we started doing so many guitar overdubs.

Q: Who are your influences?
We had some very clear goals in recording this album as far as what bands we were emulating. The ones we talked about most were The Cure, Echo and the Bunnymen, Slowdive, New Order, and The Smiths. We really wanted to capture the dark but poppy songwriting style of these classic 80's bands because Todd and I had recently kind of rediscovered them and felt pretty excited about bringing those sounds into the 21st century.

Q. Make a list of 5 albuns of all time…
Echo and the Bunnymen: Ocean Rain
The Cure: Disintegration
The Smiths: The Queen is Dead
New Order: Power, Corruption and Lies
The Knife: Silent Shout

Q. How do you feel playing live?
We're actually feeling pretty disenchanted about performing live right now. We really enjoy the act of performing and feel that we can create some beautiful things in front of an audience but the venues are just so hard to deal with. The sound system is often really bad, the sound engineer doesn't care about the show, and the promoter just wants to get paid without even stepping foot in the venue. We usually just feel disappointed and exploited by a lot of the places at our level where we perform.

Q. How do you describe Bondage & Discipline sounds?
Pretty simply it's an 80's-indebted, romantically-themed pop music.


Q: Tell us about the process of recording the songs ?
I generally begin demo-ing a song at home on my computer starting with a synth and a drum machine and then adding vocals that are just sounds without any lyrics. Generally, after a few weeks the verse and chorus parts emerge and I finish it with lyrics. The band will start to rehearse it a bit before we get to the actual studio at which point we'll really hone in on the sounds of each instrument and also sometimes completely reinvent the song if necessary. Because studio time is sometimes hard to come by, it can become a very long process as some of the songs on the album have been worked on for over two years.

Q. Which new bands do you recommend?
I really haven't been into "band" oriented stuff recently. I've honestly been more focused on American pop music like Drake, Rihanna, and Kanye. It's just so exciting and creative to me in the way that they use very simple elements to create great sounding songs that, although dealing with limited subject matter, the lyrics still really connect with me on an emotional level.

Q: Which band would you love to made a cover version of?
It's a little bit of a secret but I've been pushing for a Rihanna cover for a while. Haha

Q: What are your plans for the future?
We still have two more parts of the album to release and we're working on bonus material that will come out along with it. It should just be a few months before everything is out there. Beyond that it's hard to say.