Drowning the Electric Boy with The Skating Party - An Interview 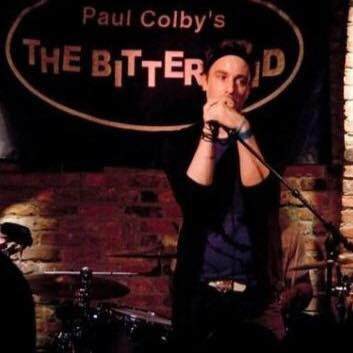 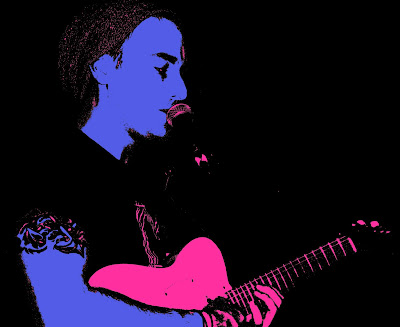 Q. When did The Skating Party start?Tell us about the history...
I started the Skating Party back in 2012. I was touring with my former band and working on various side projects on my downtime, here in Philadelphia. Having a bedroom studio (which would eventually evolve into a 2 room basement studio) has enabled me to make “the Skating Party” my
main focus and write and record as much as possible. I like to do everything myself from recording each instrument to the artwork, so at the end of the day, I’m the only one to blame for the finished product.

Q: Who are your influences?
I love just about all of the Creation Records stuff (the House of Love, Ride, Teenage Fanclub, the Jesus & Mary Chain), also Cocteau Twins, Slowdive, Pulp, Suede, Prince, and one of my all-time favorite bands is the Cure. I think Robert Smith’s guitar style alone, has influenced thousands of bands.

Q. Make a list of 5 albums of all time…
Great question, I love top 5 lists, no particular order here, but I’ll do my best:
The Smiths – the Queen is Dead
The Push Kings – Far Places
The Cure – Pornography
Prince – 1999
The Beatles – Revolver

Q. How do you feel playing live?
I love performing. I currently play with another band on our label, called “Sonny Knockout.” We play very high energy shows with a lot of percussion breaks, which keeps me interested, and hopefully the audience engaged. The Skating Party is rehearsing to do some shows soon and I’m currently working out the best live instrumentation and visual interpretation for a show. It’s tough though, when you’re a one-man project and can use the studio as your instrument, you have to find the best way to interpret it “live.” I’m hoping to re-energize the songs, but not stray too far away from the original
arrangements.

Q. How do you describe The Skating Party sounds?
Well, when I started, I took the name “the Skating party,” because it reminded me of the parties in the 80’s that we had at my grade school. I liked the nostalgia of the name and the era, so our 1st two albums reflected that style more with synths and programmed Linn Drum sounds. Our last record leaned heavier on guitars and less on synths, and the newer stuff I’m doing now is almost completely live drums, and more guitar driven. I think the overall sound has got much more organic and dreamier
with each release, and I think the songwriting has progressed as well.


Q: Tell us about the process of recording the songs?
It takes much longer these days, since I’m doing a lot of “live drumming.” Once I feel I have a song that is “record worthy,” I will make scratch drum machine track, and a scratch guitar and bass track. I want to make sure I get the structure, tempo, and arrangement nailed down. At that point, I will mute the drum machine, and record the drums to a click with the scratch guitar and bass. When the “live drums” are complete, I usually start from the beginning and re-record the guitar, bass, vocals, and
whatever else is needed. The process can take some time, because I like to rehearse the drums and get every fill and accent at the right place. Drums are my first learned instrument so I can get a little obsessive when it comes to those parts, haha.

Q. Which new bands do you recommend?
There’s 2 that come to mind. I recommend these young lads from England, “the Death of Pop,” whom we just did the split single together. They’re fantastic and they’re constantly releasing new material. Also “the Arctic Flow,” from South Carolina is really good. He’s another one-man band like myself, and is always putting out great tunes. I love what the “Captured Tracks” label in Brooklyn, NY, is doing with Diiv, Craft Spells, & Wild Nothing. They have a great roster of artists and are really consistent.

Q: Which band would you love to made a cover version of?
This is another great question. If time allows, I’d like to cover a song by the band “Sparks,” who have so many great tunes, but never achieved huge success. They have a glam era and a new wave era, so there’s a lot that could be done with their songs.

Q: What are your plans for the future?
I am going to continue to record and release music. I have been playing in bands since the 90’s when the music industry was at its peak and fellow local artists were signing huge label deals. I realize the state of the current industry, and it really separates those who love the art of making music from those who were in it for whatever other reason. I have met so many great and talented people along the way, and hopefully people appreciate what I keep sending out into the world.

Q: Any parting words?
Thanks again. I would just like to say a huge THANK YOU, Renato, for taking the time to do this interview and for your contribution on getting art to more and more people. I don’t think people with great blogs such as yourself get enough credit, so cheers to you my friend.