Between Work And Sleep with When Ships Collide - An Interview 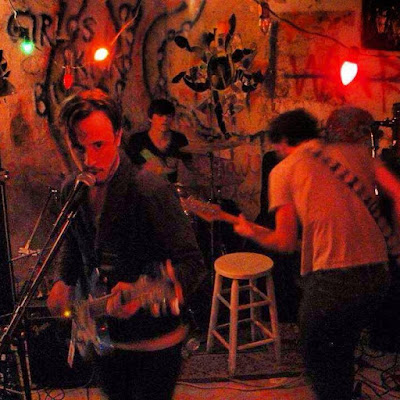 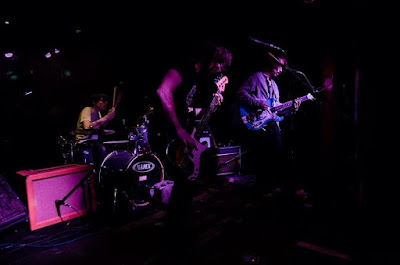 Q. When did When Ships Collide start? Tell us about the history...
1 When Ships Collide started in 2013? Originally we were a four piece consisting of myself(Troy) on guitar , Todd on bass and a couple of friends on 2nd guitar and drums. They both left and Jake joined in early 2014 to play drums and we started to write the songs that would make up the 3 WSC EP's. Now we're here.

Q: Who are your influences?
2 Influences....influences. Roy Orbison, The Strokes, Thin Lizzy, The Crystals and Alex Turner. Just to name a few

Q. Make a list of 5 albuns of all time…
3 Damn tough one. In no particular order/off the top of my head.
Pet Sounds- Beach Boys.
First Impressions of Earth-The Strokes
Let's Dance-Bowie
Blue Album-Weezer
Humbug-Arctic Monkeys

Q. How do you feel playing live?
4. It took me a while but playing live is now becoming very natural to me. I don't worry so much about being in front of an audience, which allows me to just enjoy being in the moment so much more. The most natural high one can achieve.

Q. How do you describe When Ships Collide sounds?
5 Immature while being mature. Groovy rhythms with simple guitars and salty and sweet vocals.


Q: Tell us about the process of recording the songs ?
6 So far we've recorded everything at a studio Jake used to work out of in Philly called Fresh Produce but that recently closed. We usually start recording a song with Jake's drums while Todd tracks his bass. Then I'll add guitars. Then I'll do a ludicrous amount of vocal takes. Todd will then add his backing vocals. Jake finishes up by mixing the songs.

Q. Which new bands do you recommend?
7. Bike Cops from Chicago are really incredible. Alexandra Saviour, she only has one song out called "Shades", but it's beautifully haunting. I know they are not new but The Felice Brothers new record is tight.

Q: Which band would you love to made a cover version of?
8. I'd love to try and do a cover of Ashes to Ashes by David Bowie. But we are always trying out new covers for our live sets. We have already done a Grizzly Bear tune and a Kings of Leon B side. Both I'm super proud of.

Q: What are your plans for the future?
9. We have just added a fourth member. Jake has moved to guitar and an old friend Shawn has jumped on drums. We have only done a couple show this way but I'm super stoked on it. Jake and I share a hive mind so the two of us playing guitar and writing together has really brought something special to this band. I'm looking forward to climbing deeper down that rabbit hole.

Q: Any parting words?
10. Huge thanks to Renato for reaching out to us. Let's all just dance and be carefree just a little bit more. Life's more fun that way. Also look us up on bandcamp, Spotify and all those jazzy streaming services. Thank you all for even listening for a second. Troy Kominiak.
*
*
*
Thanks