Butterflies with Feels - An Interview 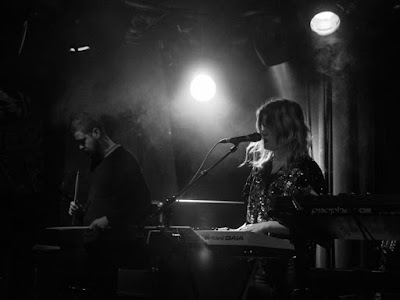 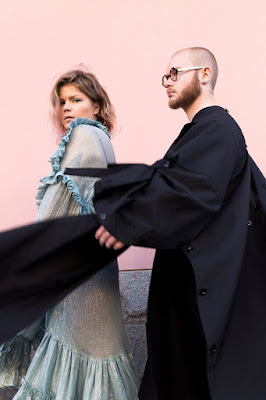 Q. When did Feels start? Tell us about the history...
We started playing together at 2012. I had this gig on a terrace where I was working, and asked the guys to come play with me. That's how it all started! We had a long break 2012-2013 because of members of the group traveling, and after that started developing our sound ​ for real​ . At the end of 2013 we released our first single, Weightless ​, that I had written during my travels.​

Q: Who are your influences?
We all have pretty different musical backgrounds, which I think is one of our strenghts. But there are also some mutual favorites, such as Salem Al Fakir, VETO, Röyksopp, Little Dragon, Alt-J and Laura Mvula. ​I think everything I hear influences me in some way, whether I like it or not.

Q. Make a list of 5 albuns of all time…
Oh man, this is so difficult I'm just going to say the 5 first ones that come to mind. They are stuff I've been listening recently.

1. Years & Years - Communion. I just really love this album and it was great seeing the band live last year at Flow Festival.
2. Salem Al Fakir - Astronaut.
3. Seinabo Sey - Pretend. Seinabo's music is like a hopeful splash of light!
4. Grimes - Art Angels. Ah, Grimes is so special and refreshing and cool!
5. ​Tame Impala - Currents .
​So smooth!
​
Q. How do you feel playing live?
It's always an exploration!

​Trying your best to find the right feeling, to be genuine and for the audience to respond.
​Lately we've had the pleasure of playing with visual artists and it gives it a new range of motion. We've gotten the chance to support some very cool artists such as Ronya and Emancipator. Now we have a really special show coming up at the Flow Festival in Helsinki!

Q. How do you describe Feels sounds?
​We want to create epic landscapes and are inspired by for example mountains and the ocean. Often the landscapes of the songs are emotionally epic, as well. ​We combine our backgrounds and influences in our music: my pop-style of songwriting, Myky's love of the 80's and anime and so on...


Q: Tell us about the process of recording the songs ?
​Our first EP we recorded mainly in our producer Jooel's studio. It's quite small so Mikael would be sitting on the floor playing his synths.. It was fun! Now that we're preparing new stuff we've recorded elsewhere as well, like in our practice space and in this vocal recording studio.
​
Q. Which new bands do you recommend?
​Ah, at least the ones I listed earlier there! One more would be Bantum, it's a discovery I made in Spotify and their album Legion is just super cool.​ ​Kate Boy from Sweden/Australia is amazing!​

Q: Which band would you love to made a cover version of?
​Hmmmm! Maybe a Tove Lo song?

Q: What are your plans for the future?
​We're recording new songs and are preparing an album or possibly another EP, let's see. We are doing everything we can and also try to find more people to help us get forward. We want to play lots of shows, more outside Finland as well. It would be great to get to tour with some of our favorite artists!

Q: Any parting words?
​Thanks for the interview! Have a look at our new ​music video, directed by the very talented Joni Helminen: