Everything Depends Upon The King with Klammer - An Interview 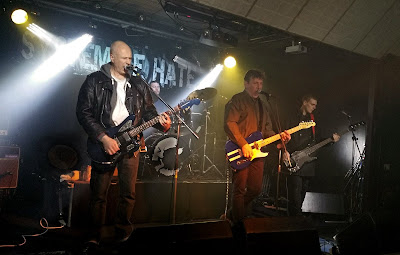 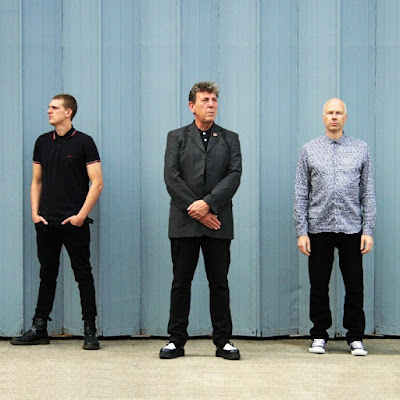 Q. When did Klammer start? tell us about the history...
Steve: I’d done some mixing for Poss’s old band and when it split up, he asked me if I fancied writing some songs with him. Very quickly we had 12 songs demo’d, and then thought we should record them. So we got a drummer friend of mine (Dez) to record the drums and we then had our 1st album Auslane. Next we thought, ‘mmm’ we have an album maybe we should play live, and we were very lucky that Poss knew Jordan and he fit in perfectly on bass. It was all back to front really, we then had to go back to the songs and learn how we were going to play them live.

Q: Who are your influences?
Steve: Noise and Melody

Q. Make a list of 5 albums of all time…
Steve: I don't know if I say these are the best of all time but they are the 5 albums that have influenced me most

Jordan: I couldn’t make a decision on the 5 best albums of all time, so I’ll go with 5 that are currently being played regularly at home

Q. How do you feel playing live?
Steve: Feels like sex!

Q. How do you describe Klammer sounds?
Steve: Klammer came to life drawing from our shared love for all things angular, dark, melodic and loud. I think there's a dark and edgy broodiness coursing through the sound of the band but with plenty of hooks.

Jordan: Very odd! We get compared to so many bands of a similar genre but I think our style is different to anything I’ve heard before.


Q: Tell us about the process of recording the songs ?
Steve: Most of the 2nd album was done in the more conventional way than the first (Auslane). Writing, then playing live and then recording, which I think has given better results. I'm a Producer/Engineer (The Cure/The Mission/etc) and I have a mix studio at home so we were able to take our time with the mixing.

Paul (Just arrived): Egrets on Ergot are an excellent new band , introduced to us by Richie Ramone’s guitarist, Ben Reagan, while out on tour with them.

Q: Which band would you love to made a cover version of?
Steve: Kylie Minogue - Can't Get You Out Of My Head


Q: What are your plans for the future
Steve: We are just about to release a 7" vinyl single of 'Everything Depends Upon The King' on Curious Fox Records on Sept 5th and going out on a UK and Ireland tour with Richie Ramone in Nov/Dec. We've already started writing for the 3rd album and have 5 songs already finished in the rehearsal room and at least another 7 song ideas on my computer. Of course we'd love to come to Brazil and South America!

Jordan: We’ve also been talking about getting to tour Europe quite a lot. We just need the right people to get in touch (via the website www.klammer.co.uk)