Belly with Blondestar - An Interview 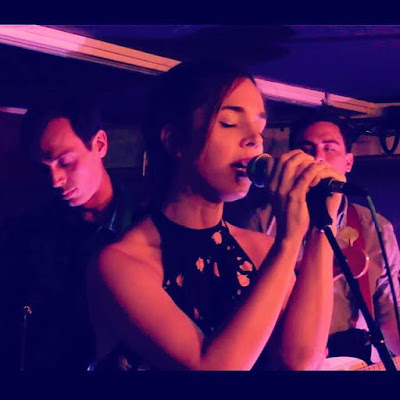 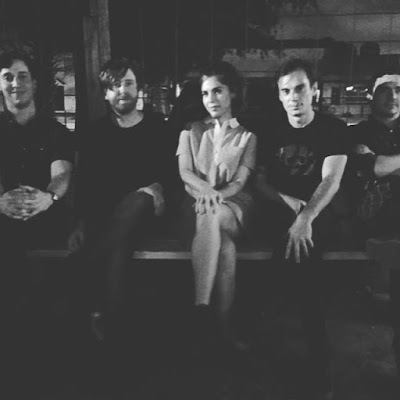 Q. When did Blondestar start? Tell us about the history...
In spring 2015 Kyle approached Lance with some instrumental recordings he had made and they kind of developed them, and through Lance we demo'ed the songs to Sabra because we loved her voice so much. Through Sabra we met Robbie our second guitarist, and during the recording process in Feb 2016 Robbie brought in our beloved drummer Zach.

Q: Who are your influences?
We all come from a variety of different backgrounds, which we think gives us a unique sound. Song writing wise, Radiohead comes to mind. Cocteau Twins and Cranes also come to mind. But we're also influenced rhythmically by heavy bass and drum bands like Spoon and David Bazan. At the end of the day, we're like any other band; just trying to blend all of our favorite sounds into something new but familiar. And, of course, catchy. Always catchy.

Q. How do you feel playing live?
Like rock stars, of course.

Q. How do you describe Blondestar sounds?
We like to think of ourselves as a blend of dreamy, shoegazey, 90's nostalgia rock. Is that a section at Cactus Records?


Q: Tell us about the process of recording the songs ?
We recorded demos on our own, but we're trying to put together our first album currently with John Griffin at Sugar Hill Studios.

Q. Which new bands do you recommend?
We're all into a lot of different stuff right now. We're currently obsessed with Frankie Cosmos, Tony Castles, and Ringo Deathstarr's new album is stuck in our collective heads. As far as local acts, we're all about Rose Ette.

Q: Which band would you love to made a cover version of?
Cranes or Radiohead

Q: What are your plans for the future?
We just want to keep playing music together and put out as many new songs as we can.