Bury Me with Actors - An Interview 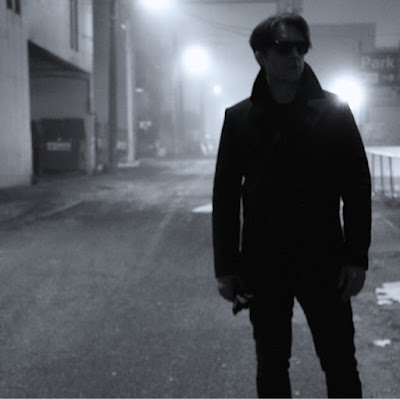 Q. Hello Jason, first congratulations on the new release, it's really brilliant, what is your analysis after conclusion of release?
Thank you! It's too early to tell... haha

Q. Are you happy with the result?
Yes. When I played the final mix for the band we were all smiling. It explores new sonic territory but is still makes sense for us. And why not have a little variety? That's what's so great about releasing singles.

Q. How was the process of creating 'Bury Me"?
I definitely started with the beat and the bass line. Everything built up around that. I sat on this one for a while before the chorus lyrics came to me. Sometimes I'll just hit record, start singing, and the lyrics present themselves. That's how the words "bury me" happened... thats when I knew the song would work.

Q. What are the main differences between Bury Me and previous releases?
Its less steeped in post-punk and new wave. There's elements of that in the guitar parts but I'm using the tag "death-disco" for this song. What were the influences for creating the new release? I took a step outside of my regular influences production-wise. I love artists like Soulwax and Vitalic etc... so I wanted to incorporate more of that four on the floor pumping side chain sound. The lyrics are still dark so things don't get TOO happy!

Q. What are your plans for 2016?
I've been busy producing and mixing at my studio Jacknife Sound here in Vancouver. There's fantastic new releases coming out from some very talented artists I've had the pleasure of working with recently... Sex With Strangers, Art d'Ecco, Gang Signs, MARY, Ultrviolence, and more; I've recently joined the band Red Vienna on guitar, their recent album 'The Book of Hours' is brilliant; AND there's more ACTORS on the way soon!
*
*
*
Thanks