A Naturally Coloured Pleasure with Prince Vaseline - An Interview 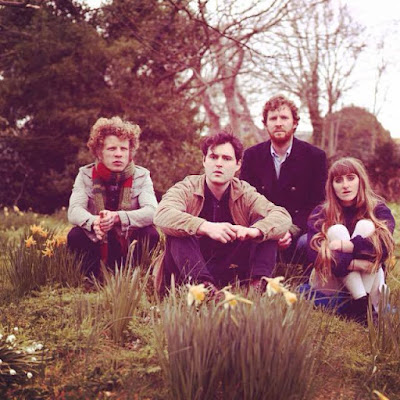 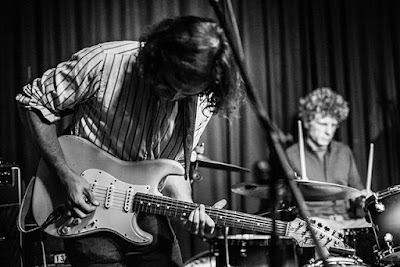 Q. When did Prince Vaseline start? Tell us about the history...
I was playing in a band called Milk and Biscuits and I had written a bunch of demos at home. Initially, we tried to work them into milk and biscuits but decided that they needed their own platform, so Matty and Snowy from the band joined on bass and synth respectively, both adding backing vocals as well, and Evan from the band Vile Imbeciles joined on drums.

We recorded an Album, “A Naturally Coloured Pleasure” a year later and released it ourselves on cassette which we sold at gigs. Matty later went off to live abroad, so we recruited our friend Marc (also of the bands Milk and Biscuits, as well as Brakes, Rex Speedway and Thee Fortune Tellers and Tenderfoot) and started playing in this new format. We recorded a second bunch of songs earlier this year, and Matty came over to put down some backing vocals on that as well.

Q: Who are your influences?
When I was writing the first batch of prince vaseline demos I was listening to a lot of this guy Dirty Beaches as well as Suicide records. I liked the ghostly sounds and lo-fi recording techniques. When we started to play the songs as a band, we were into stuff like The Sea And Cake and Stereolab, so a lot of how we arranged the songs was to have big spacey outros or unusual ‘verse-chorus-extended middle-chorus-end’ type arrangements. There were obvious things that we liked anyway like the Velvet Underground and the Byrds, but we all have things we’re particularly into individually as well, which I think lends itself to arranging songs as a band.

Q. Make a list of 5 albums of all time…
1. The Velvet Underground & Nico - The Velvet Underground
This was probably the first album I remember hearing when I was younger and being really into. I think I was about 7 or 8 and it had been re-issued and came free with a newspaper. The song, ‘European Son’, has this bit where there’s a huge smash of glass before Lou Reed’s guitar playing starts up, frantically going up and down and left and right. hearing that blew my young mind.

2. Histoire De Melody Nelson - Serge Gainsbourg
Everything about this record is incredible. Jean-Claude Desmarty’s string arrangements and overall production are like nothing else. I’ve heard it a million times and still get a rush of pleasure when the strings cascade and swell up out of nowhere and then disappear again.

3. Songs of Love and Hate - Leonard Cohen
This was the first thing I’d heard by Leonard Cohen. The opening song, Avalanche, drips and spits it’s way through disdain and anger. Leonard Cohen’s voice is perfect.

4. Sketches of Spain - Miles Davis
Listening to this record from the start, themes keep reappearing at odd times, changes happen and the mood will transform only to change back again in a moment, the music flows so seamlessly.

5. Black Monk Time - The Monks
This was a punk record made in 1966 by a group of demented G.I. Joes stationed in Germany. They shaved the crowns of their heads and made an album heavier than anything to come for a long time.

Q. How do you feel playing live?
We like playing live. We used to play a 50% heavy songs, 50% of the more sensitive, although recently it’s been more fun to play louder and louder. We tend to finish our set with “Walden Pegasus”, a song off our first album, as the ending can take any direction, sometimes into a slow dissonant throb and other times into a discordant rendition of “Gloria”. It’s never the same twice.


Q. How do you describe Prince Vaseline sounds?
Pastoral-fuzz

Q: Tell us about the process of recording the songs ?
We’ve recorded everything so far with our friend Matt, whose great. We’ll record bass and drums live, and then over dub the the guitars and synths and then vocals. We tried not to overproduce anything, as it’s easy to get carried away sometimes and you lose sight of the original idea. Saying that, in the future I definitely want to build more production into the songs we write. I used to make cassette tapes called U.F.O 1, U.F.O 2 etc. which were all guitar loops and recordings of birds, I can imagine incorporating stuff like that would be really fun.

Q: What are your plans for the future?
We have an EP out on Love Thy Neighbour Records end of September, but at the moment we’re writing new stuff which we’ll hopefully be able to start recording end of the year.
*
*
*
Thanks