Melt Into the Ocean with Wildcat Apollo - An Interview 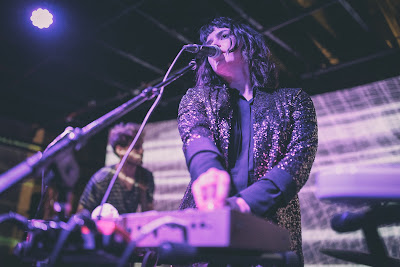 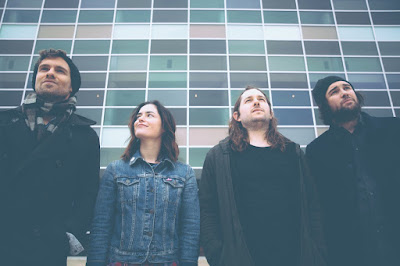 Q. When did Wildcat Apollo start? Tell us about the history...
We got serious about legitimately establishing the group while living in Brooklyn in 2012. But in many respects, since the band is a family affair with two brothers and friendships dating back to growing up in Austin, Texas, it feels like the band has been progressing for decades. We still have cassette tapes from bedroom jam sessions from the 90's. Grunge baby, grunge!

Q: Who are your influences?
Sting... The music he's created over the years, we don't really listen to it, but the fact that he's making it, we respect that.

Q. How do you feel playing live?
The greatest gigs have a way of leaving you feeling jubilant. They become thrill rides. As the music waxes and wanes, it pulls the crowd through the wake of the music, but it also feels like it is pulling you as the performer. On stage, you feel more like you are riding the moment rather than directing it. Playing live is magical.

Q. How do you describe Wildcat Apollo sounds?
We pull from many different sounds from within the psychedelic umbrella. We call our genre psychedelic pop, because we are drawn to dense, intertwined arrangements, but done in such a way as to not lose the arc of the songwriting.

Q: Tell us about the process of recording the songs ?
We love making recordings and squeezing every last bit of magic that we can into any given song. We definitely go through many iterations of demos, mixes, and arrangements before we get to that place where we feel we can let the song remain. A lot of bands thrive on translating a more raw live sound to their recordings. We're more into making the songs sound different than anything we've heard before, to make them sound surreal and maximized. It's the whole studio as an instrument approach. We also want to make sure that a song translates into a promising, presentable demo before really investing the resources into a final product.

Q. Which new bands do you recommend?
There's a lot of tremendous talent here in Austin. Some fresh local bands we're really in to are Pale Dian, Magna Carda, A/B, and Christian Bland and The Revelators. We're happy to see old friends from Brooklyn Haybaby and The Adventures of the Silver Spaceman continue to make great music. Mac Demarco, Thee Oh Sees, and Parquet Courts are also definite must-sees when they come to town.

Q: Which band would you love to made a cover version of?
We almost never play a set without covering The Brian Jonestown Massacre. Anton is a hero of ours. It would be rad to do some real covers of their music in the future!

Q: What are your plans for the future?
We can't ever imagine not making music. It's rock and roll as a lifelong commitment, as Thom Yorke says. We're happy playing in Austin regularly and making albums on a rolling basis and getting better at our craft. We are hopeful to connect with a broader platform at some point. Every artist wants to reach as many people as possible!

Q: Any parting words?
It's a great time to be a musician and an artist. Technology has democratized the playing field. If you can dream it, you can build it.
*
*
*
Thanks