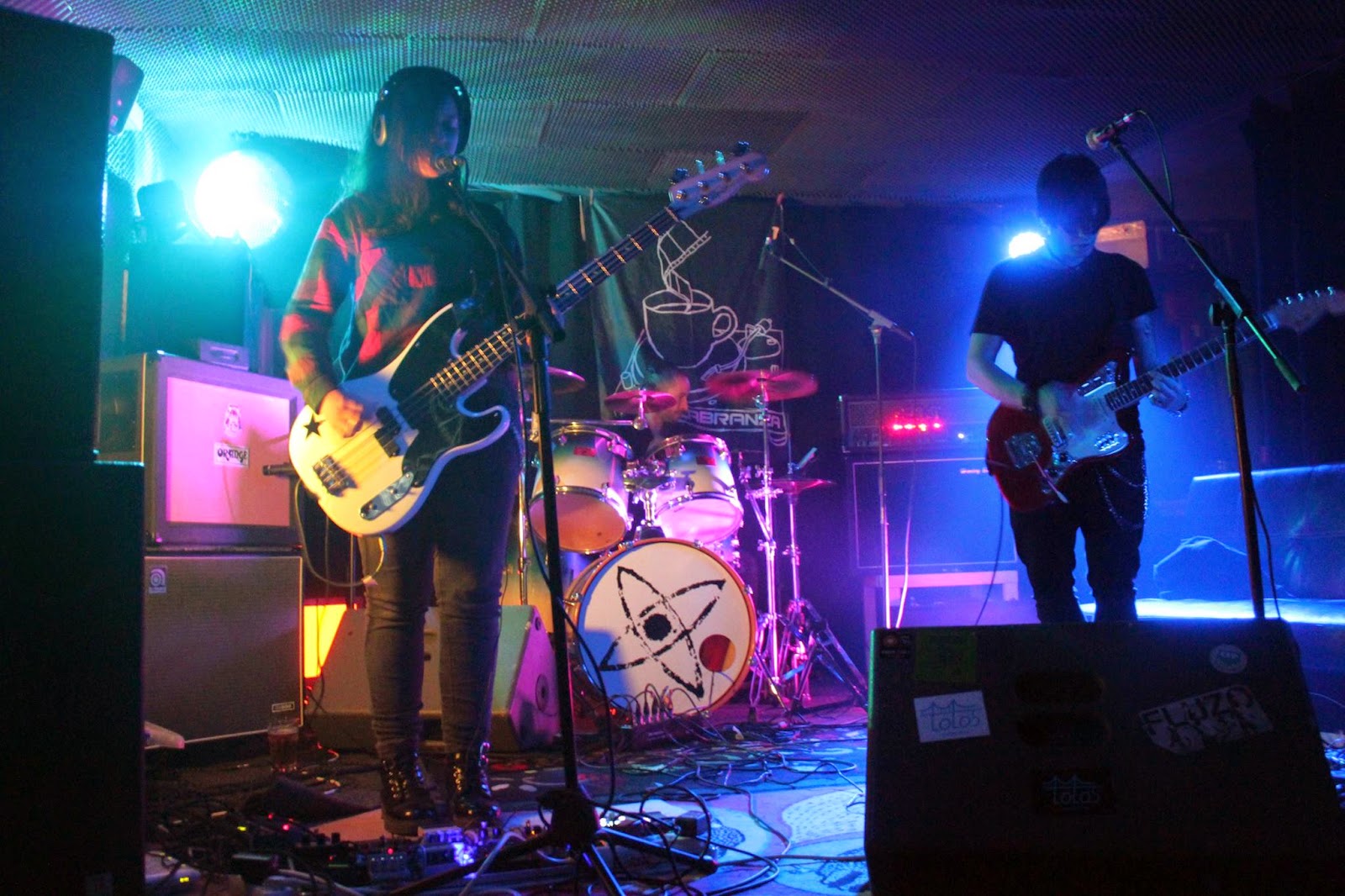 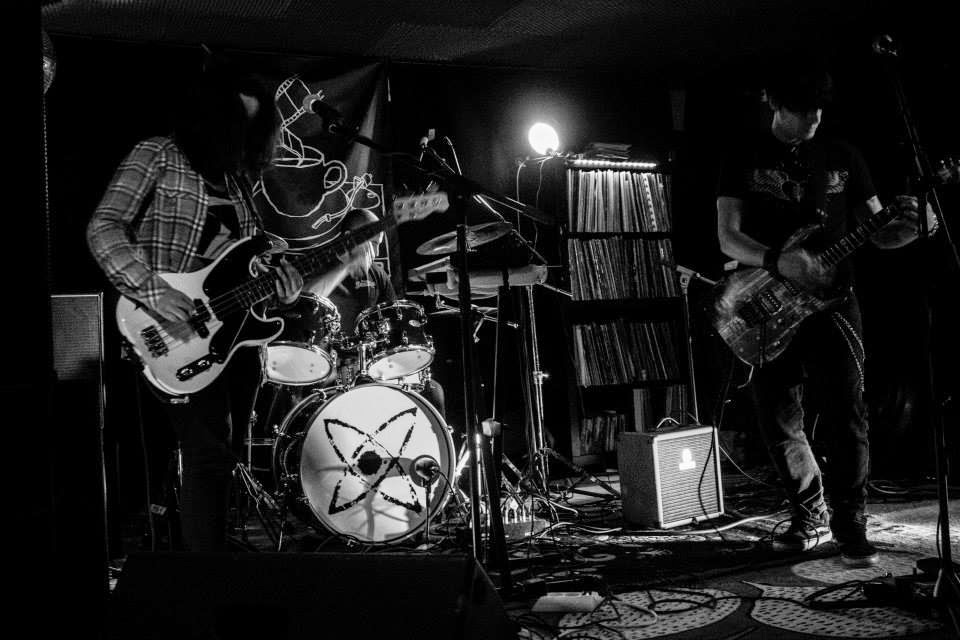 Q. When did Visceral Eyes started, tell us about the history...
Mari: It started as an online project between another guy who played the guitar and I. We used to exchange recorded samples of guitar, bass, synth... And mix them. It was an interesting experiment because this guy and I had never seen each other in person before. Then, as we liked what we were doing, we decided to search for other musicians to complete the project. That is when Antonio came in as a guitar player. A friend of mine played synths, the other guy played guitar, I played bass and we started to search for a drummer. It was very difficult but in the end Ivan appeared on the scene. After a few months like this, the initial guitar player and the keyboard player left the band so I think this is when Visceral Eyes really started, at the end of 2012. We had to arrange all the songs and the style change by itself a bit. In the beginning the sound was darker but it gradually changed to something brighter, while maintaining the original essence.

Q: Who are your influences?
Mari: I think that all the music we listen to and have listened to in our lives, influence us in some way. From “Enrique y Ana” to “Warpaint”, which is a band that I'm crazy about, to The Cure, Patti Smith, Sonic Youth, The Cranberries, The Corrs, My Bloody Valentine, Slowdive, Loreena McKennitt, Cocteau Twins and a lot more...

Q. Make a list of 5 albums of all time…
Ivan:
Led Zeppelin: How the West Was Won
Queen: A Kind of Magic
Michael Jackson: Dangerous
Scorpions: Best of Rockers Ballads
That's the music that my brother used to listen to and it made an impression on me.

Mari: That’s a difficult list to make because in my own experience these preferences change over time and I also find it hard to choose just five, but I’ll try:
The Cure: Pornography
Sigur Ros: Takk
Mazzy Star: Fade into You
Cocteau Twins: Garlands
Pixies: Surfer Rosa

Q. How do you feel playing live?
Ivan: I really don't know a better way to feel really good and to forget all the negative stuff. Music is the best therapy there is. Playing live and feeling that the audience enjoys the music you're making is the great. 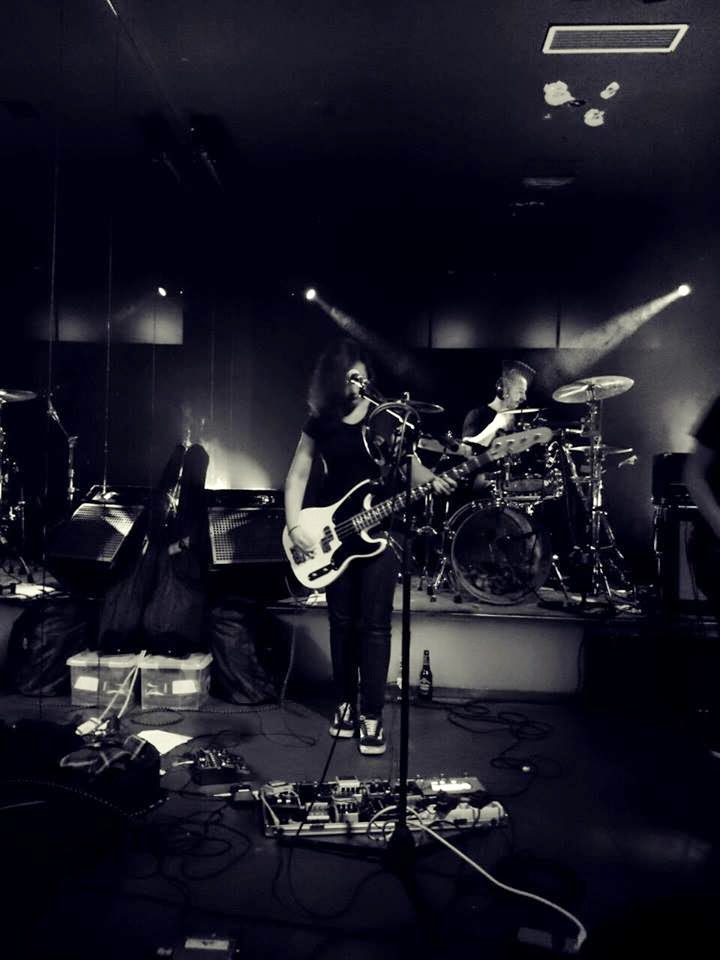 Q. How do you describe Visceral Eyes sounds?
Mari: Positivist and crystalline melancholy with a touch of endearing darkness.

Ivan: We have our own unique sound which is characterised by its depth and creates an atmospheric background. We want the audience to allow themselves to be carried away by their imaginations during our concerts, and for our music to evoke different sensations such as fear, pain, hope, joy and pleasure... just like life itself. We are not a conventional group, that's why our sound is different. You have to forget music stereotypes if you really want to enjoy the Visceral Eyes sound.

Q: Tell us about the process of recording the songs?
Mari: The whole process of recording and mixing was based on DIY (do it yourself). We didn't have much in the way of savings, so, instead of recording at a modest studio with people that wouldn’t understand our music and having the added pressure of time restrictions, we decided to record it ourselves despite the possible lack of sound quality.

Once we decided which songs to include in the demo, we started to record it with a netbook and an external sound card at our rehearsal room. It was arduous work because at that time I didn’t know much about sound editing software, I had to learn as I went along. But at the end it was really satisfying to see the final result. Although it isn’t the perfect sound, we are happy and we think it shows our potential as song writers and what we could do with better equipment and resources.

Q: Which band would you love to made a cover version of?
Ivan: We used to play a version of a song called “Caca, Culo, Pedo, Pis” (Pooh, Bum, Fart, Piss) by a Spanish child band from the 1980's, which was a real hit at concerts. Some people even wanted to know if we had recorded it!

Q: What´s the plans for future....
Ivan: To record our first LP – we have a good repertoire- and we want to bring it out as soon as possible. The problem is finding sufficient economic resources to do it.

Mari: Thank you so much for this interview and keep doing great things like your blog!
*
*
*
Thanks