Paranoid with Kobadelta - An Interview 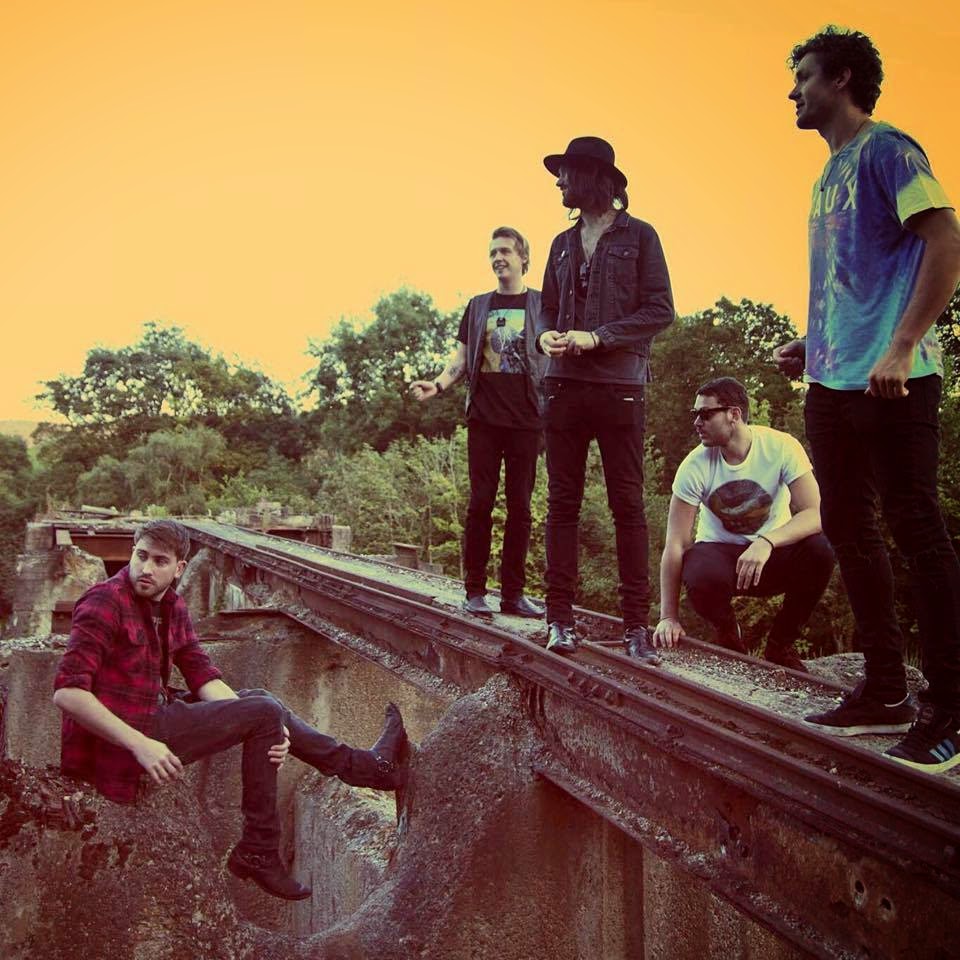 Q. When did Kobadelta start, tell us about the history...
“It’s quite a long story, but basically Dom joined my last band as a new singer right before we split up, we only did about 2 or 3 gigs together before it ended. After that I knew I wanted another band soon, and I knew Dom had kept up his lyric writing. We were good friends by that point through my brother Chris and we started writing songs together just as a laugh, that was some point in 2009. Chris joined us by teaching himself the drums a year later, and by 2011 we played our first gig together. It just grew gradually from there really, and we’ve now got another 2 friends in the band, Jon on bass and Jordan on keys.” - Alex

Q: Who are your influences?
“Anyone from Rowland S Howard to Noël Coward or Eazy-E” – Dom “Black Sabbath, The Black Angels and Queens Of The Stone Age are all influences on my guitar playing. We all differ musically but I think the rhythm section of the band would probably agree on that too.” – Alex

Q. Make a list of 5 albums of all time…
“I’m going to go with
‘Teenage Snuff Film’ by Rowland S Howard,
‘(pronounced 'lĕh-'nérd 'skin-'nérd)’ by Lynyrd Skynyrd,
‘Songs From A Room’ by Leonard Cohen,
Dead Can Dance (their self-titled debut)
and for the last one… maybe Queen’s Greatest Hits hahaha!” – Dom

“Picking only 5 is so hard, I’ve changed my mind about a hundred times. But at this very moment in time I’d say
‘The Holy Bible’ by Manic Street Preachers,
‘Master Of Reality’ by Black Sabbath,
‘Fun House’ by The Stooges,
the first Clash album and
‘Songs For The Deaf’ by Queens Of The Stone Age.”- Alex

Q. How do you feel playing live?
“We love it, it’s what you live for as a band, all the hours of practice are to prepare you for that moment, and thankfully we don’t get as nervous as we probably used to a few years back. It’s great that so many people across the world can hear your recorded songs now through the power of the internet, but you still need to be able to cut it live. That’s where you can have the biggest impact on your audience and ultimately it’s where people will judge you as a band.” - Alex 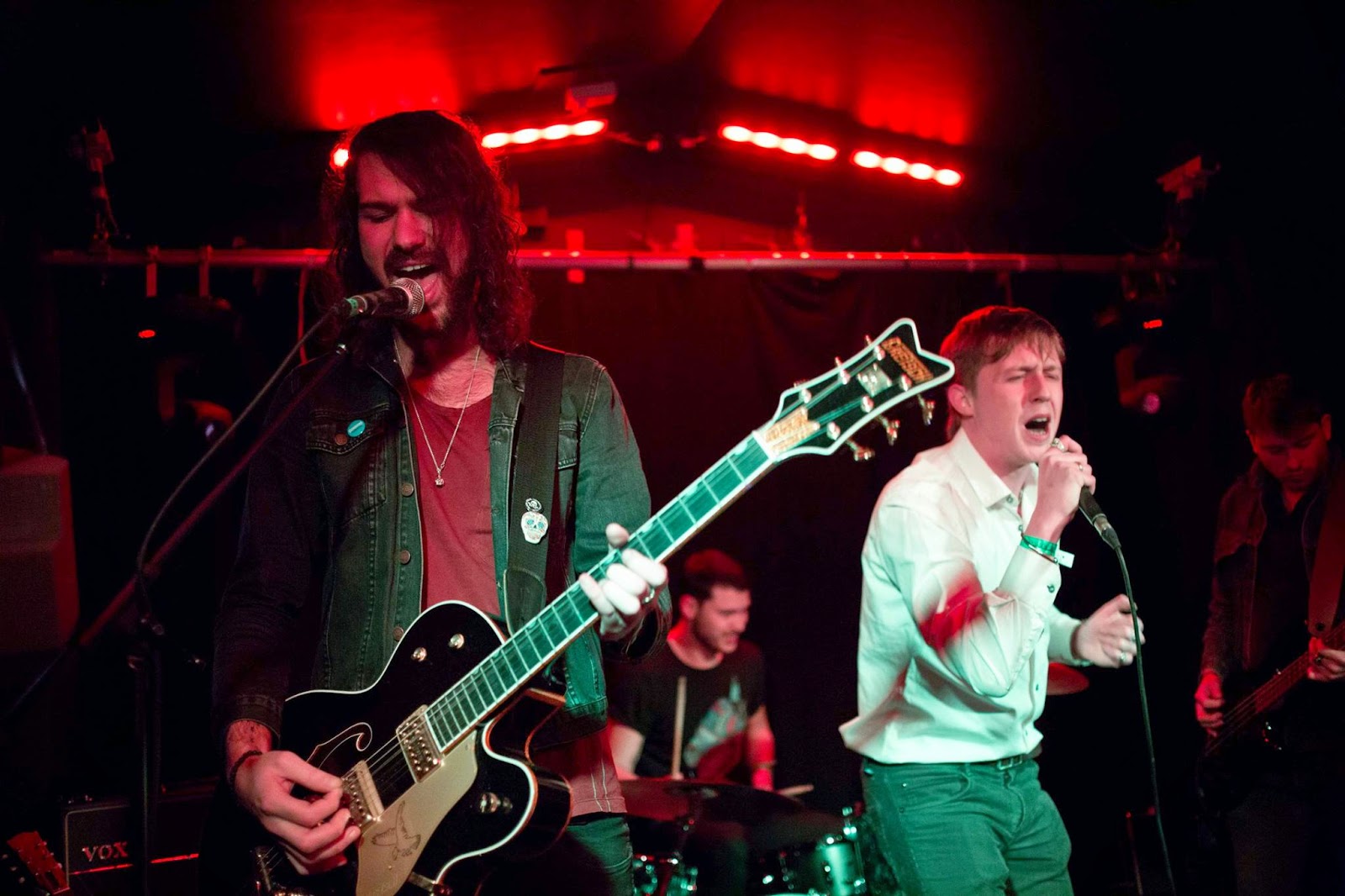 Q. How do you describe Kobadelta sounds?
“I’d say we’re at the darker and heavier end of the psychedelic spectrum. It’s rock and roll at the end of the day, but it’s brooding, intense and mysterious.” - Alex

Q: Tell us about the process of recording the songs?
“We’re quite comfortable with our recording set-up at the minute, we use First Avenue studios in our hometown of Newcastle with a guy called David Curle. Plenty of well-known local bands such as The Futureheads and Frankie & The Heartstrings have recorded there and I feel that Dave really knows our sound now, so it’s very easy to head in there and get something down relatively quick. We normally all play together to get the bass and drums down live, then overdub guitars and vocals, and anything else we need at the end like synths and percussion. There’s a lot more to it, but I don’t even understand most of it myself!” - Alex

Q. Which new bands do you recommended? “At the minute I’m really into bands like The Wytches, Lola Colt, Hookworms and King Gizzard & The Lizard Wizard. For me, anything a bit dark or with plenty of fuzz will get my attention quickly! There’s plenty of great new bands from the North-East of England too, our local area – Bernaccia, Goy Boy McIlroy and Coquin Migale are all worth checking out.” - Alex

Q: Which band would you love to make a cover version of?
“I’d love to cover something like ‘Gumboots’ from Paul Simon’s ‘Graceland’” – Dom

“We never really do cover versions, although we did try a half-decent version of Black Sabbath’s ‘Paranoid’ at our last EP launch despite Dom not even knowing the words! It’s always hard to pick something we all agree on, but I think we’d all love to give ‘The Four Horsemen’ by Aphrodite’s Child a go, as long as we thought we could do it justice as a tribute to Demis Roussos.” - Alex

Q: What´s the plans for future...
“We’re recording a new EP in March which should be released on 1st May at kobadelta.bandcamp.com, at the moment a few of the songs seem a lot heavier than our previous material so we’re really looking forward to seeing how people react to it. Apart from that we’re just trying to play as many gigs as we can around the country, including a couple of small UK festivals this summer.” - Alex

Q: Any parting words?
“Feel free to listen to our music at www.soundcloud.com/kobadelta where there are a few tracks available as free downloads. And if you like what you hear then follow us on Twitter or ‘Like’ us on Facebook!” - Alex
*
*
*
Thanks