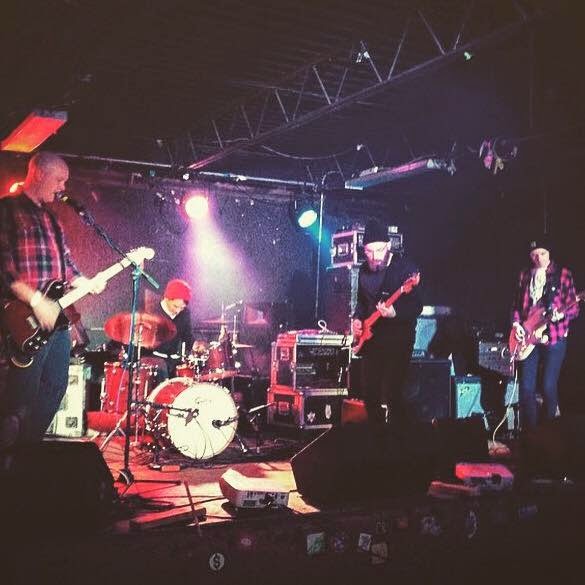 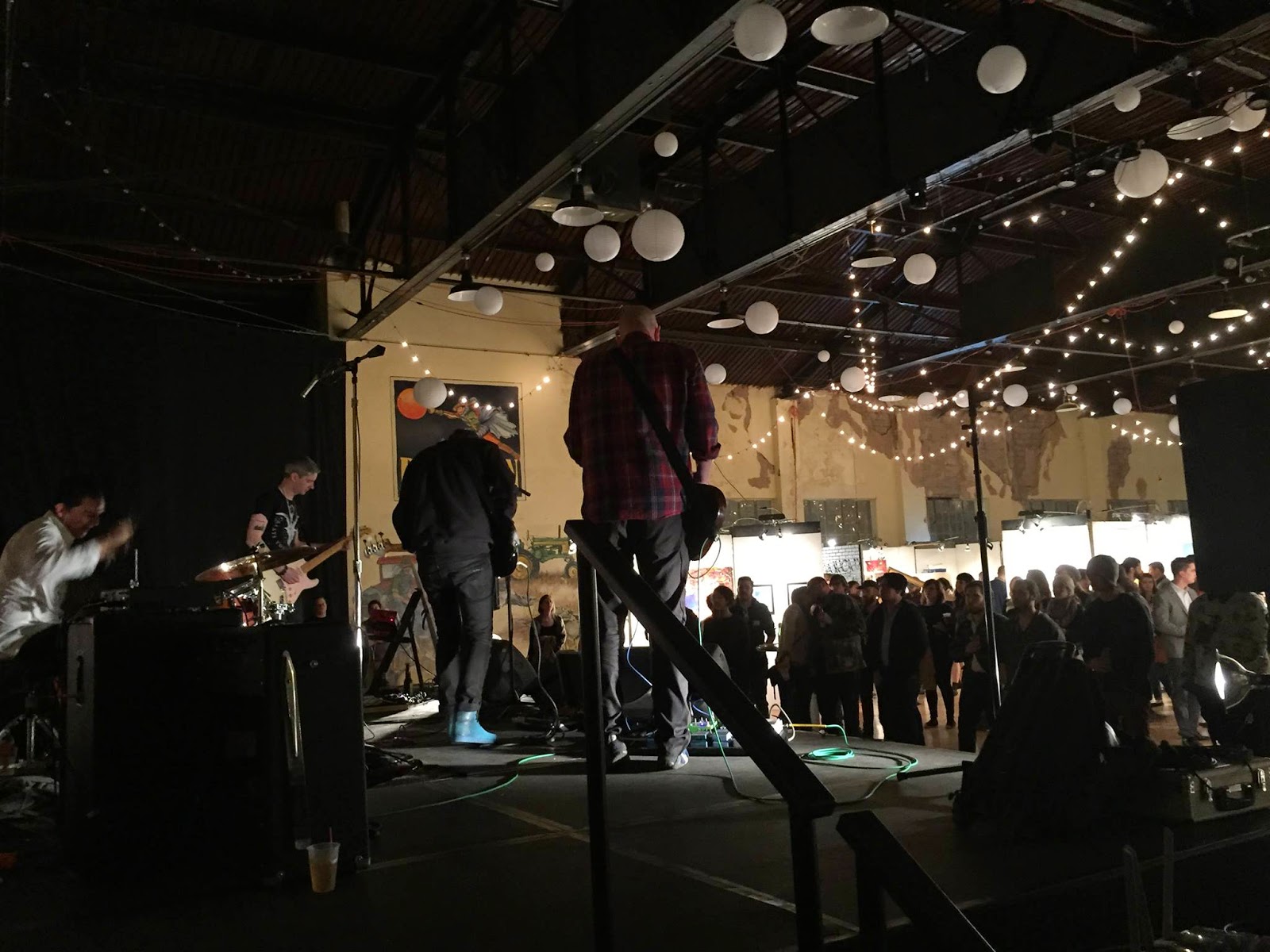 Q. When did Depth & Current started, tell us about the history…
Derek & I (Chris) lived across the street from each other for a while before we met. He was introduced to me as one of only a few people who went to an early A Place To Bury Strangers show in Oklahoma City. I recognized him as the guy I always saw across the street. A few weeks later, he was carrying his guitar across the street for band practice. I had been in bands with a lot of other people. But, Derek was my first real sonic ally. That was probably around 2007 or 2008. We were playing heavier, psychedelic stoner music at the time. But, Derek and I had a shared interest in post-punk and shoegaze stuff. We had several bandmates during those years, playing drums, bass, and keyboards. However, it was becoming pretty obvious that we were drifting sonically in a different direction than our bandmates. Around 2013, we decided to stop attempting to replace band members. We made two albums with electronic rhythm sections, and a decidedly more electropunk sound, but still with loud guitars. We toured as a two-piece band. Late in 2014, my wife and I had decided to move from Oklahoma, where I’ve been all my life, to Seattle. Derek and I would obviously still be able to continue to collaborate on writing and recording, even remotely. And, we would definitely still get together to tour. But, we really wanted to record one more album together, in the studio at the same time, before I moved. So, that’s when we wrote and recorded the ‘Believe’ LP. Altogether, I think we probably spent less than a week of studio time to write and record the album. We did it so efficiently that we were also able to bring in a few of our friends, who are phenomenal drummers, to play on the record. We’re really excited with how this one came together!

Q: Who are your influences?
For both of us, there’s a lot of that late 80s/early 90s non-American “college rock” that ended up meaning quite a bit to us. Bands like My Bloody Valentine, The Jesus and Mary Chain, Joy Division, New Order, etc. I really loved how poppy some of the John Hughes movie soundtrack new wave stuff was at the time. I really liked a lot of stuff in the 90s where it sounded like shoegazers and punks started to realize they had some things in common. There was so much great loud, melodic guitar music in the 90s. I really liked Wipers, Archers of Loaf, Dinosaur Jr., Sonic Youth, Smashing Pumpkins.

Q. Make a list of 5 albums of all time…
Ask my wife, for me this list changes almost daily. I also almost always approach this question from the perspective of “What albums made me the person I am RIGHT NOW?” With that in mind, and in no particular order:

Q. How do you feel playing live?
For the last couple of years, we’ve done shows as a two-piece, with a lot of lights & video stuff. With only two of us to manage that stuff, I usually felt pretty panicked when we were playing. It was a combination of panic and excitement. For this new stuff, we’re playing with a full band again. I love the guys we’re playing with, so it’s just pure excitement now. It feels more intense than ever. I’m able to get lost in the performance and the volume, and let my mind rest a bit while I’m having fun.

Q. How do you describe Depth & Current sounds?
We’re always trying to make pop songs. Hooks are important to us. But, we’re also obsessed with extreme sounds. So, it’s often a challenge to get to the hooks. We’ve definitely intentionally limited our audience by demanding that listeners endure some sonic or sensory abuse in a quest for some kind of real and visceral experience.

Q: Tell us about the process of recording the songs?
I’ve been a recording engineer for over 15 years. For this album, Derek and I started with a few writing sessions, where we would come up with a rhythm and some basic parts. Most of the guitar parts on the album started as “scratch” tracks during the writing process. To be honest, we don’t fuss too much with getting sounds when we’re recording. I’ve done it long enough to know what works and what doesn’t. So, lots of the original tracks end up making it all the way to the finished songs. Once we had arrangements worked out, we fine tuned our parts and recorded some bass parts. Then, one Saturday afternoon, we brought friends in to play drums. That was it! I moved out of my studio space shortly after that. So, I recorded some vocals and then mixed and mastered the record in my home studio.

Q. Which new bands do you recommended
’m really pumped about all of these great punk bands with a kind of don’t-give-a-fuck experimentalism, like Naomi Punk, A Place To Bury Strangers, Iceage, Total Control, and Eagulls. The Lust For Youth record was probably my favorite of last year. There are definitely some more mainstream artists who are doing really cool things with guitars, like Twin Shadow or St. Vincent. That’s exciting. It’s exciting to turn on the radio and hear something inspiring.

Q: Which bands would you love to make a cover version of?
I’d like to do a Wipers song. Or, maybe a dark Pat Benetar song like “Love is a Battlefield”.

Q: What´s the plan for the future….
I’m super excited about moving to Seattle. It’s such a wild change from living in Oklahoma. It’s a whole new music scene. It’s a bigger market. This album is really about making a huge change. I’ve been to Seattle enough recently to know that I’ll be even more inspired going forward. I’m going to try to get Derek out there as often as possible, so we can start playing west coast shows. More new music, and more and better touring. That’s the future for us!

Q: Any parting words?
Thanks for checking out our band!
*
*
*
Thanks