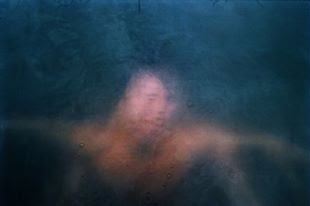 Q When did Wild Echo start?
Wild Echo started as Ben and Mike mainly just jamming away in Manchester around 2012, we didn't really have a name at the time, but we were very influenced by bands such as Beach Fossils and began re-creating their reverb sounds. Mike recruited Kamil as he was a drummer who had played a lot together in a University band, by which a weekend jam session brought out songs like "endless" and "when the light lands". Originally the band was called Gulls, and took a further year and a half to recruit Pali as a singer and Rudy as a second guitarist. We quickly made songs such as "In dreams" as a band and hit the studio in early 2014. The EP "In dreams" was really a collection of works from the 2012 sessions, group efforts and solo bedroom recordings which brought about the spine of the EP. We wanted to create a collection of songs to almost be drawn into a dream like state and taken on a ride of emotion ranging from topic of love to loss.

Q: Who are your influences?
We generally love the label captured tracks and the bands they've produced; Beach fossils, DIIV, Wild Nothing. Some of our more shoegaze elements have been influenced by bands such as MBV and slowdive, even with hints of modern dreamy bands such as Beach House. Our singer Pali is actually majorly influenced by folk artists such as the fleet foxes, perhaps where he gets his darker sounding lyrics from.

Q. How do you feel playing live?`
We originally had terrible luck on stage with at least one of us having a major technical meltdown. We played a gig in West London at the Notting hill arts club, where Ben's Bass literally exploded, was like a scene from This is Spinal Tap. Since then, we have got better and started enjoying it more. Playing our first festival "Farr festival" was certainly a highlight last summer

Q: Tell us about the process of recording the songs ?
We actually recorded in a budget studio in the Roundhouse Camden. We spent 4/5 day recording all the parts, which proved both challenging but also fun. We in truth recorded the EP without fully knowing the tracks, instead we used the studio time to collaborate and bring all the songs together. We recorded individually and layered the tracks until we felt we had enough to go on, all done through a power mixing console using logic pro. The mixing process was a combination of self mixed songs by Rudy such as Deep Water, a roundhouse studio engineer mixing songs such as Endless, and we managed to get mixing done by Ben from the UK rock band - Lower than Atlantis. The mixing process took a lot longer then expected. Anyways finally we mastered the tracks at Big Tones studio in Manchester.


Q. Which new bands do you recommended?
Corbu, Faroe, Traams

Q: Which band would you love to made a cover version of?
Although our music tastes massively vary, Wild Echo are hitting the studios again to record a Brian Jonestown classic, "Anemone", we rock it up quite a bit, so keep your ears posted for that

Q: What´s the plans for future ?
We hope to play a few festivals this summer, release a new song we have had written last year, and generally plan out a second EP. Maybe make a crazy psychedelic EP next... who knows...

Q: Any parting words?
When are you inviting us to play in Brazil....
*
*
*
Thanks
https://soundcloud.com/wild_echo/sets/in-dreams
https://www.facebook.com/wildechomusics
Postado por TBTCI às 06:23