Transharmonic Nights with OLMS - An Interview 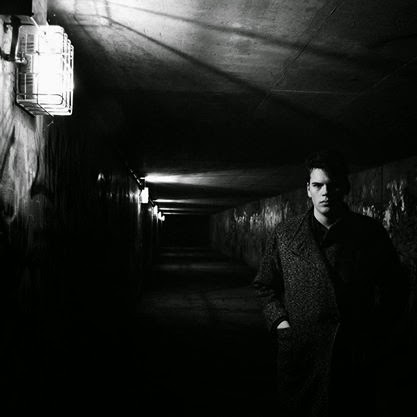 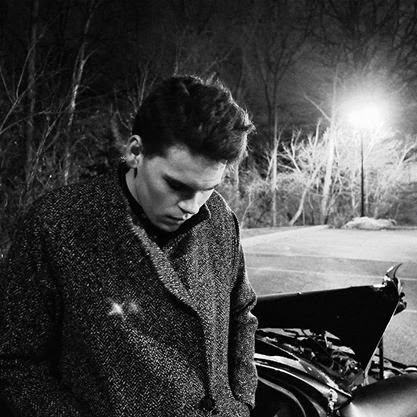 .
Q. When did OLMS started, tell us about the history..
Q1: Olms started around early 2011 as a folk project. as I experimented with sounds it slowly became electronic ambient music with influences from Dada noise and Musique concrete.

Q: Who are your influences?
Q2: My primary influences for OLMS were german bands like Tangerine dream, Kraftwerk and a lot of progrock bands like Manfred Manns earth band and King Crimson but as I became more interested in synthesizers I dug out my dads New Order casettes and started listening to Joy division, Clan of Xymox and The frozen autumn. "chriality" by The Frozen Autumn convinced me to make Darkwave.

Q. Made a list of 5 albuns of all time…
q3: My favorite albums of all time are probably Phaedra by tangerine dream, 20 jazzfunk greats by throbbing gristle,Transharmonic Nights by Peter Baumann, Under The Flag by Fad Gadget and GOLD by ABBA.

Q. How do you feel playing live?
4: I love playing live. more so now than I did about two years ago. since I no longer play as OLMS I feel like I can really let myself go loose. It's funny because some of my performances have really freaked people out, like one time I vomited water on stage and clawed at my own skin til I was bleeding. I really like performing though, it's a good catharsis from the mundane life of the American midwest.

Q. How do you describe OLMS´s sounds?
Q5: how would I describe OLMS is a good question. Honestly OLMS had a lot of different sounds and style to it. I guess with OLMS I just really really had no clue what I was doing and sort of made it on accident. OLMS was a happy accident as Bob Ross would say. 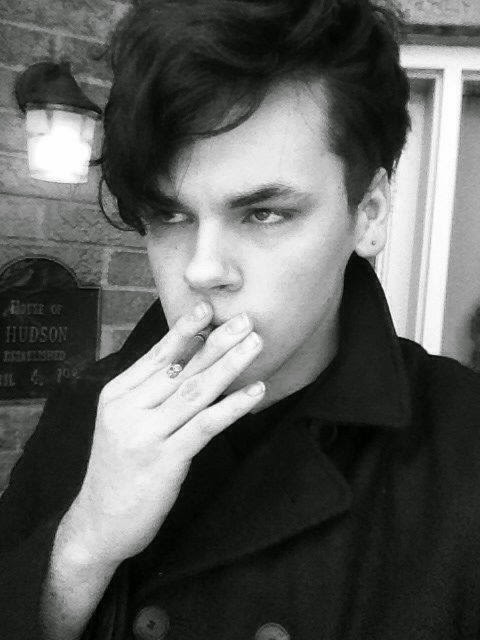 Q: Tell us about the process of recording the songs ?
q6: OLMS initially was recorded on a lot of software. I couldn't afford a synth so I did what I could to make it. I did use a lot of casette looping and found sounds though. but honestly, OLMS was computer music, not really because I wanted to take the easy method, but because it was all I could afford.

Q. Which new bands do you recommended? q6: I don't listen to a lot of new bands to be completely honest. I think today's darkwave/post punk scene is really homogenized. I'm honestly sick of people trying to sound like joy division. hell, I hate the monochrome shopping mall aesthetic. really, there's just an overall lack of creativity I see. I REALLY love Equinoxous and a local act called frost biter that uses looper pedals and analogue synths. really cool stuff. Josh Tanner is another local act who makes what I could describe as industrial pop. I've been listening to a lot of powernoise lately and I have a friend whos got a project called Silent Heretic and I'm also into another local act called marital vows and another called 5starhotel. other than High Functioning Flesh and Foetus, I haven't really been listening to as much synth music as of recent.

Q: Which bands you love to made a cover version?
q7: I've covered The Normal, Joy Division, New order, ect. they were all fun but I have no covers in mind right now.

Q: What´s the plans for future....
q8: I have no plans for OLMS at all. OLMS is dead. as for my other work I'm just gonna keep making music. I actually have a minimal/industrial techno project on the way so look out for that.

Q: Any parting words?
q9: Keep your eyes peeled for a project called Scalper and The Cudgel
*
*
*
Thanks